Just the one Group 1 contest on day two at Royal Ascot, but it’s a good one. Purely in terms of the prize money on offer, the Prince Of Wales’s Stakes is in fact one of the biggest race of the week. Won by superstars such as Dubai Millennium, Ouija Board and Highland Reel, this is one contest which rarely disappoints.

The race was inaugurated in 1862 in honour of the then Prince of Wales, and would be king, Edward VII. The race was discontinued between 1940 and 1967 but returned in 1968 prior to the investiture of Prince Charles. That 1968 winner was the aptly named Royal Palace.

The Prince Of Wales’s Stakes is up there with the most important races at Royal Ascot. This one mile two furlong race has been contested by several legends of the flat over the years. The likes of Hyperion and Dubai Millennium stand out among the rollcall of winners whilst the most powerful connections in the sport all view this as a race they long to win.

This year’s renewal is very much one to relish even if there is a tinge of disappointment that Enable is not making the trip to Royal Ascot. It includes several horses who already have serious impressive CVs with Japan standing out as the cream of the crop thanks to his previous winning form at Royal Ascot which was just one of a number of seriously impressive runs during his three year old campaign.

The top class horses who turn out every year for the Prince Of Wales’s Stakes tend to be versatile enough to run well at multiple distances. We’ve seen winners who had done their best work over a mile and a half (1m4f) and those who are more suited to the 1m2f trip that they’ll face at Ascot. The stiff nature of Ascot with its hill to be climbed on the way to the winning post is one reason why those with proven stamina have a good record but the most important thing to consider is previous Group 1 winning form.

In a typical year there aren’t too many top class warm up events for the Prince Of Wales’s Stakes so it isn’t always the easiest race for punters to figure out as it can be difficult to compare recent form. That puzzle is even more difficult to put together this year given how early Royal Ascot falls in this curtailed flat racing season.

Japan would become just the third winning favourite in a decade were he to justify his support in the betting on Wednesday. That said, outsiders do not have a good record in this race so it pays for punters to focus on the top three in the betting.

One of the joys of Royal Ascot from a betting perspective is spotting favourites whose chances have been overestimated by the markets. There will doubtless be many who believe that Japan fits that billing in the Prince Of Wales’s Stakes and that he can be taken on. That may well prove to be a mistake.

As touched upon earlier, Aidan O’Brien’s colt is already a Royal Ascot winner. He justified his pre-race support at 6/4 in last year’s running of the King Edward VII Stakes when he was also the standout horse in the official ratings. That win came over 1m4f as did his next success in the Juddmonte Grand Prix de Paris where he was even shorter in the betting at odds of just 1/2.

In both of those wins Japan grew stronger the longer the race went on. He clearly has all the stamina required for a sustained challenge in the closing stages at Ascot and has also shown a quick turn of foot and bags of raw pace. That much was clear when he beat an admittedly below par Crystal Ocean in the International Stakes at York before running a good race in fourth at the Prix de l’Arc de Triomphe.

He’ll have to do much more than simply turn up to win a race of this calibre but there is no doubt that Japan is the class option in the field or that he deserves his place at the head of the betting.

One of the great truisms of military combat is that no plan survives first contact with the enemy. The idea that plans very quickly get torn up is very much applicable to top class sport as is evident with the story of Barney Roy.

The Godolphin-owned colt retired to stud in 2017 having proven himself to be an excellent competitor with his wins including the St James’s Palace Stakes at Royal Ascot. He was set to fetch a big fee at stud but fertility issues forced a quick change of plan and he was promptly gelded and sent back racing.

The return of such a high calibre animal was greeted with joy by racing fans and Barney Roy gave a reminder of how good he can be when losing out by just half a length on his first run back at Ascot. He followed that up with a Listed win at Longchamp before everything transpired to go wrong in the Queen Anne Stakes at last year’s Royal Ascot.

Barney Roy has subsequently bounced back again, picking up the Jebel Hatta in Meydan. That may not be the strongest Group 1 race you’ll see but the sight of him in full gallop before kicking on to win suggests that he will take some shaking off in the Prince Of Wales’s Stakes.

Lord North is the final horse for punters to seriously consider for the Prince Of Wales’s Stakes this year. Victory at this level would surpass anything he has done so far in his career by quite some distance but he made a pleasing step out of handicap company towards the end of last season and kicked the new campaign off with a first Group level win in the Group 3 Brigadier Gerard Stakes.

He travelled well throughout his run at Haydock and although he tired late on he was able to dig deep and see off the challenge of Elarqam who was closing all the time. There is plenty of reason to believe that Lord North will continue to improve over the coming weeks and months including a big step forward from that most recent run. He is sure to battle away and give everything he has at Ascot, whether that will be enough remains to be seen but his each way chances look fairly represented at odds of 10/1.

About the Prince Of Wales’s Stakes 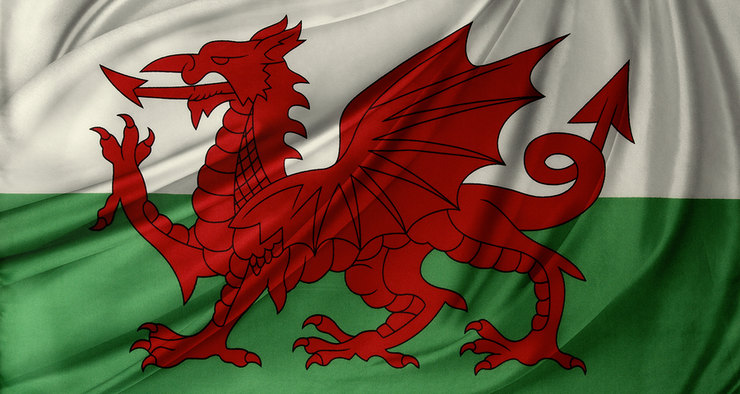 Royal Ascots has no shortage of lucrative races but the most valuable of them, by some distance, is the Prince of Wales’s Stakes. In 2019, the Group 1 event boasted a purse of £750,000 (reduced to £250,000 for 2020), making it one of the richest races in British racing. Consistently attracting a wealth of top talent as a result, the middle distance contest is one of the main highlights of the five day Royal Ascot meet.

Although the race began in 1862, it ceased to exist between 1940 and 1967. World War II sparked its initial cancellation and an absence of a Prince of Wales saw the race disbanded once the conflict was over. Triggering the return of the race in 1968 was the imminent investiture of Prince Charles. The heir to the British throne had been made Prince of Wales in 1958 but it was only around a decade later when the title was formally presented to him.

How fitting it was that racing superstar, Dubai Millennium, won this race in the year 2000. It was at the same time the race was pushed-up to Group 1 status, something it’s not looked back from since. Some decent names featured on the winners list prior to this but there’s no denying there’s been a noticeable increase in standard since Dubai Millennium’s victory. Unable to enjoy the boosted reputation of the race are three-year-old horses however, as the change in grading also saw the age requirement increase from three to four.

MY DREAM BOAT SERVES UP A SURPRISE

Since obtaining Group 1 status in 2000, the Prince of Wales’s Stakes has been a race starved of real surprises. Every winner this century set off trading at 17/2 or shorter, with the exception of 2016 champion My Dream Boat. The four-year-old helped the bookies rake in the cash as he edged out Aidan O’Brien’s Found in a historically slow renewal. A winning time of 2:11:38 is the slowest of the modern era despite not overly testing conditions at Ascot. Clearly the market leaders had a poor day at the office collectively and this allowed a long odds outsider to claim the glory. 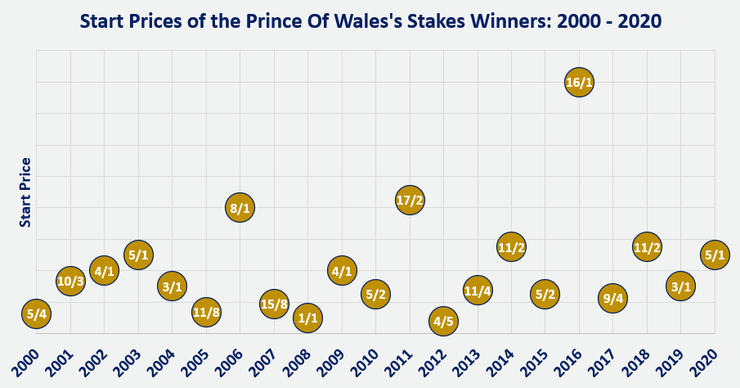 Equally as surprising in the 2016 edition of the race was how badly much fancied Japanese superstar A Shin Hikari fared. The 8/13 favourite came into the race having won a number of high grade events in Japan as well as the Prix d’Ispahan in Chantilly. The son of Deep Impact was unable to produce on his British soil debut though as he wound up stone last in the field of six.

It’s not unusual to see the occasional disqualification in racing but the Prince of Wales’s Stakes has attracted more than its fair share over the years. Cupbearer was the first horse to be denied victory in 1902 with the race subsequently awarded to Epsom Derby winner Ard Patrick. Trepan was the next up in 1976 as he won with the assistance of a banned substance. The most recent change in result came in 1992 as a steward’s inquiry relegated Kooyonga from first to third due to careless riding from jockey Warren O’Connor. 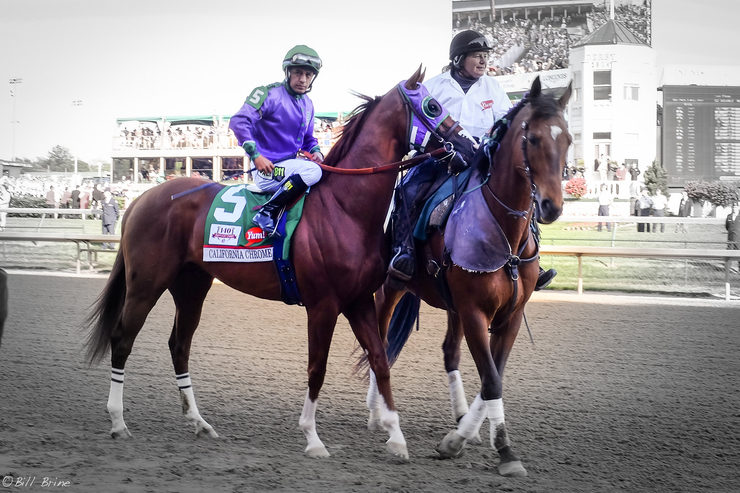 Art Sherman was all set to feature California Chrome in the 2015 Prince of Wales. His horse made the journey across the Atlantic and was reportedly acclimatising well to his new surroundings. The market didn’t carry too much faith in his chances but it was nevertheless an exciting prospect to have the Kentucky Derby winner competing on British soil.

Sadly, a bruised foot, sustained just days before the race, forced him to pull out however, to the dismay of so many racing fans. He never did return to the UK after this during a career that saw the American thoroughbred collect almost $15m in prize money.