The big British National Hunt Festivals are finished for the season by the end of April with Cheltenham and Aintree now in the record books. They aren’t quite finished over in Ireland though with Punchestown’s five-day feast of racing action signalling their grand finale. Topping the bill on the opening day is the meeting’s premier event for the two-mile chasers, the Punchestown Champion Chase.

Two miles is the trip for this Grade 1 Chase. Set to be run on ground described as yielding, the contest offers a total of €300,000 in prize money.

About the Punchestown Champion Chase: The Day 1 Feature Contest 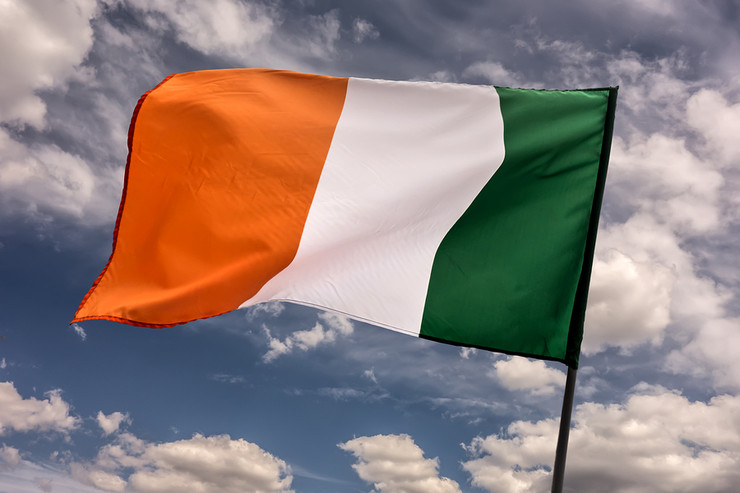 The National Hunt season often feels as though it’s all building up to the Cheltenham Festival. Once that big meeting in March is over there’s inevitably a sense of deflation but National Hunt racing fans have top class action to enjoy right up to the season’s very end.

The Punchestown Festival has an important role to play in bringing the season to an end. Many of the main stars of the season make their way to County Kildare to compete in the five day festival, the first day of which is headlined by the Punchestown Champion Chase.

Much like its namesake at the Cheltenham Festival, the Punchestown Champion Chase provides a platform for the best minimum distance chasers to wow the crowds. The action takes place over 2 miles and sees the competitors take 11 fences at a frightening speed.

It’s the making of a top class minimum distance chaser to be able to tackle fences at top speed without blinking. Trainers can do all the schooling they like at home but they never really know how their leading charges will fare in competition until they actually have to leap fences whilst being pressured to remain in contention by their jockey.

It’s the ability to tackle fences at speed whilst retaining enough in the tank to kick for home in the closing stages that makes minimum distance chasing such a specialist division and it’s the quality of the competitors that line up each year that makes the Punchestown Champion Chase such a popular race.

Doubling Up With Cheltenham Equivalent a Huge Achievement

Little more than a month separates the Cheltenham and Punchestown festivals but a lot can change in that time. Many horses simply come alive in the spring time and only really produce their best performances later on in the season. Others prefer the ground as it starts to firm up after the winter.

For those reasons is has proven to be tough for Queen Mother Champion Chase winners to do the double, at least in the same season. A handful of the very best horses over this distance such as Sprinter Sacre (2013), Klairon Davis (1996) and Master Minded (2009) have secured the double. Each of those were multiple winners of the Cheltenham equivalent which tells you about the class needed for his feat.

The relatively small number of horses completing the double suggests that this is a pretty tricky race to predict. That’s a fair assessment as winning favourites are far from the norm and winners from outside of the top three in the betting are relatively common.

With that said, winners don’t come from nowhere. Stats show that it’s imperative punters only back horses who have previously won over 2 miles whilst the vast majority of winners since 1999 at least ran in the Champion Hurdle at Cheltenham. A strong performance – preferably in the top two – last time out is also a good indicator of success in the Punchestown Champion Chase.

Like many of the biggest races at the Punchestown Festival the Champion Chase changed considerably in 1999. Prior to this the Champion Chase was run as a handicap before being changed to a conditions race. It didn’t take long for that change to attract a higher quality of horse to the race and for it to be promoted to Grade 1 status.

As seen above, the Punchestown Champion Chase is now a top class contest, the competitiveness of which is proven by the fact that no horse has won it more than twice. Sizing Europe is the only two time winner since 1999. His wins came as a 10 and 12-year-old respectively which highlights another important stat. Winners can land at almost any age although between eight and 10 appears to be the sweet spot for those that like age trends. 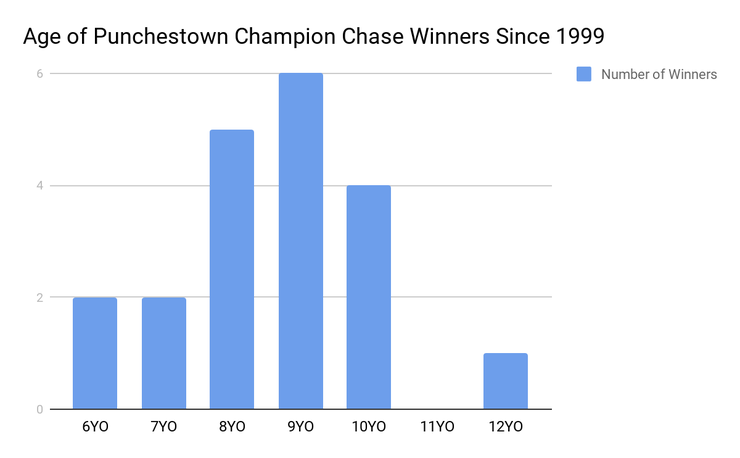