The hurdlers take centre stage on day four of the excellent Punchestown Festival in this event which has been landed by some true legends of the game over the years, with the likes of four-time hero Hurricane Fly and Faugheen “The Machine”, featuring on the roll of honour. 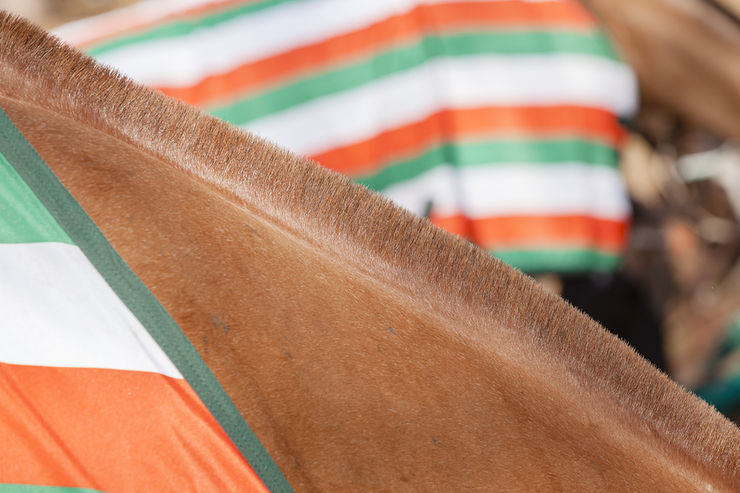 The Cheltenham Festival contains many of the best contests in National Hunt racing. Such is the popularity of these races that they have led to races with similar names and profiles cropping up at other venues.

The Punchestown Champion Hurdle is one such race. It’s run at the annual Punchestown Festival which takes place in the spring either in late April or early May. It often attracts leading Irish contenders from its Cheltenham equivalent but running at Prestbury Park is by no means a prerequisite for success.

One of the most interesting elements of the Punchestown Champion Hurdle is its timing. Certain horses only find their best performance levels during the spring which makes analysing the form over the earlier parts of the season a little tricky. Coming at the end of the season also means that leading novice hurdlers are sometimes given the chance to compete in more experienced company as was the case in the 2018 renewal when Samcro was entered.

It wasn’t to be for Gordon Elliott’s young star as he fell three from home. The same fate awaited the second favourite, Melon, which allowed Supasundae to score. Not to take anything away from Supasundae who is a gutsy competitor but it was a surprise win. The Punchestown Champion Hurdle is usually won by top class horses from the top two in the betting and despite that result that’s where we would advise you focus your attention in most renewals.

Just a cursory look at the list of winners since the first edition in 1999 shows that this is a high calibre contest. Hurricane Fly is the undisputed king of the Punchestown Champion Hurdle having won it four years in a row. In two of those years he went into the race as the reigning Champion Hurdler from Cheltenham. As the below list of Champion Hurdlers shows, it was no surprise that he won on those years as no Cheltenham winner has finished worse than second when competing at Punchestown next time out.

The Champion Hurdle at Cheltenham has provided plenty winners of its Punchestown equivalent but it’s far from the only race that punters should pay attention to. Specifically, the Ryanair Hurdle, held every year at Leopardstown’s Christmas Meeting, has featured several Punchestown Champion Hurdle winners.

Hurricane Fly won the Ryanair Hurdle before three of his Punchestown Champion Hurdle wins and Istabraq was a four time winner including in 1999. Moscow Flyer completed the double in the 2000/2001 season whilst Solwhit, Brave Inca and Macs Joy all won both races, just not in the same season.

One for the Home Fans

The head to head battle between British and Irish horses is a constant feature during the Cheltenham Festival. Nobody really talks about it at the Punchestown Festival as it is utterly dominated by Irish horses and trainers as you would expect.

That dominance very much stretches to the Punchestown Champion Hurdle. The Irish pair of Willie Mullins (eight wins) and Jessica Harrington (four wins) are the only trainers to saddle multiple winners of this race. In fact, Nicky Henderson is the only British trainer to have a win in the race courtesy of Punjabi in 2008, although even he was partnered by Barry Geraghty.