The Brown Advisory Novices’ Chase (formerly the RSA Chase) is the top staying chase for Novices at Cheltenham, run on the second day of The Festival over 3 miles and ½ furlong.

The inaugural running was in 1946 when the race was called the Broadway Novices’ Chase, named after the picturesque village on the edge of the Cotswolds in Worcesteshire.

Many winners of this race go on to compete for the Cheltenham Gold Cup later in their careers with dual champions including Lord Windermere, Bobsworth and the mighty Denman.

About The Brown Advisory Novices’ Chase: A Key Step For Gold Cup Glory

It takes a lot to make a Cheltenham Gold Cup horse. Every single winner of National Hunt’s blue riband race is the product of a tremendous feat of training that includes several different people working hard at the yard and the culmination of many high class performances. Those performances can come in any number of different races and the Brown Advisory (Broadway) Novices’ Chase is right up there with the most important steps towards Gold Cup success.

The most travelled routes to the Brown Advisory Novices’ Chase have changed since the race was introduced to the Cheltenham Festival as the Broadway Novices’ Chase. It was known as the Totalisator Champion Novices’ Chase for many years when the Tote were the sponsors. The name changes have continued since the Tote’s relationship ended even though it was technically sponsored by the same company between 1974 and 2020 as RSA Insurance were called Sun Alliance and Royal & Sun Alliance. This long standing relationship has now ended, with Brown Advisory stepping in to back the race from 2021.

This Grade 1 race has provided several winners who have gone on to win the Gold Cup including Cheltenham legends such as Bobs Worth, Denman and Arkle. Countless others have come through the Brown Advisory Novices’ Chase to win other Grade 1 steeplechases without actually winning what many believe to be the most prestigious chase for novices of the year.

There are many reasons why the Brown Advisory Novices’ Chase is such a good guide for future Gold Cup success. At three miles and one furlong it is a serious test of stamina, but the biggest challenge for the relatively inexperienced chasers competing comes with the jumping. It is a rarity that the race goes by without at least a couple horses either falling or being pulled up by their jockey so it really does tend to produce winners of the highest calibre.

That the Brown Advisory Novices’ Chase is a race that pits the best improving chasers against each other is made clear by the fact that there has not been a winner aged over eight since 1992. 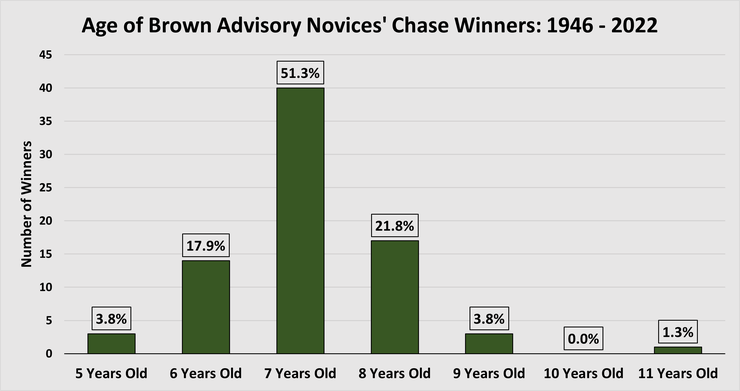 Brown Advisory Novices’ Chase horses have almost always shown a lot of promise before they make the trip to Prestbury Park so those who have spent more than a few seasons over hurdles or who have not at least placed at Grade 1 or 2 level in a novice chase need not apply.

Hurdling form should not be completely ignored when looking for pointers for this novice chase. Ideally you would want to be backing a horse who reached an official rating of 130 or higher as a hurdler but their first few performances in steeplechases are worthy of much more consideration. Specifically, shrewd punters always keep an eye on those who ran well in the Kauto Star Novices’ Chase at Kempton, the Dr PJ Moriarty Novice Chase at Leopardstown and the Reynoldstown Novices’ Chase at Ascot.