The Scilly Isles Novices’ Chase is a Grade 1 contest over 2 miles 4 furlongs. Despite the title, the race isn’t named after the islands off the Cornish coast, it is in fact named after an infamous roundabout close to Sandown Park in Esher, Surrey.

This is the last Grade 1 Novices’ Chase before the Cheltenham Festival so plays a crucial part of the season for many promising new chasers. The first running took place in 1964, with familiar past winners including Best Mate, Oscar Whisky and Bristol De Mai.

The next race is scheduled to run on 6th February 2021. The race info, trends and tips shown below will be updated for the next renewal once the final declarations have been made.

2m4f is the trip for this Grade 1 Novice Chase contest which offers £55,000 in guaranteed prize money. The ground at the track is currently described as soft and, with only minimal rain forecast, isn’t expected to deteriorate.

Nicky Henderson holds the all-time lead amongst trainers in this race, with six wins in all – five of which have come in the past 10 years. Henderson sends three into battle this time around in the shape of Pym, Precious Cargo and Champagne Platinum.

History suggests that this is most likely to be won by a runner aged either six or seven, with a shade over 80% of the winners to date having come from that age bracket. The seven year olds hold the overall edge, with 27 wins as opposed to 14 for the six year olds.

The market leader has a solid 60% strike rate in this contest over the past decade. There have been a couple of really short ones in that mix – including Nicky Henderson’s Oscar Whisky who landed odds of just 1/6 in 2014 – but backers of the jolly will still have pocketed a profit of 1.34pts over this period.

Nigel Twiston-Davies has a fair record in this contest with three wins in all, including with superstar Bristol de Mai who came home in front in 2016. The Naunton handler looks set to be responsible for the favourite in 2020, with his seven year old Good Boy Bobby currently heading the market.

Finishing in the first three in each of his eleven career starts under rules, this son of Flemensfirth is certainly a consistent sort, and having progressed to a mark of 139+ over hurdles, the early signs are he may prove to be even better over the larger obstacles.

Beginning the season with a narrow second to the useful Brewin’upastorm at Carlisle, he then made all the running to land a decent novice event at Wetherby. Sent to Cheltenham last time out, he didn’t quite manage to concede five pounds to Mister Fisher – going down by a length and a quarter at the line – but time may show there was no shame in that. Even in defeat that still rates a rock-solid effort, and he looks dangerous here, particularly if allowed to dictate proceedings.

Another seven year old for the shortlist is the Sue Smith runner, Midnight Shadow. A very talented performer over hurdles having scored twice in Grade 2 company and reached a rating of 158, he has always looked the type to make his presence felt in the chasing sphere. This season sees him handed that opportunity.

It didn’t start particularly well for the gelding over fences. Falling when going strongly first time out at Carlisle, he then never landed a blow when third of five at that same track next time out, with Good Boy Bobby finishing 16-lengths clear of him in second that day.

Things have however improved in his two most recent starts, latterly when scoring in a Grade 2 contest at Cheltenham – albeit slightly fortuitously having been booked for second when left in front at the last. He does seem to be getting the hang of things though, likes soft ground, and must enter equations considering that lofty hurdle rating.

If Nicky Henderson is to improve his already formidable record in this race, then the one the market rates as the most likely to do it is the hat-trick seeking Pym.

Grade 2 placed over hurdles, this seven year old by Stowaway has made an excellent start to life over the larger obstacles in winning two of his first three starts. Second over this trip on good ground first time up at Huntingdon, the manner in which he finished that race suggested that a step up in trip may be in order. His subsequent efforts have since proven that theory correct in no uncertain terms.

Only needing to be ridden out for a three-length success over three miles at Ascot in November, he was then even better at Cheltenham over that same trip, when forging clear up the hill for an eight-length success. That is amongst the strongest chase form on offer here, and whilst this drop back in trip poses a question, the soft ground at the track ought to at least make this a thorough test at the distance.

Another interesting contender is the Olly Murphy representative, Itchy Feet. One of the youngsters in the field at six years of age, this one’s hurdling form compares pretty favourably with the best of these. A winner at up to Listed level, he then ran a screamer to be beaten by just five lengths into third in the Supreme Novices’ Hurdle at the Cheltenham Festival. An excellent run, made all the more laudable considering he broke blood vessels and bled from the nose during the race.

Returned to the track in October, he disappointingly showed absolutely nothing like his best form when beating only one home in a Listed Hurdle contest at Kempton. There didn’t seem to be any real reason for that poor performance, but it did result in a rethink by connections, with the horse being immediately sent over fences for his next start.

Whilst it is true he was found a pretty easy opening that day at Leicester – sent off at odds of just 1/5 – he could do more than beat what was in front of him with the minimum of fuss. And beat them he did, forging 26 lengths clear by the line despite making a couple of novicey errors. That was an encouraging fencing debut, and whilst this demands considerably more, his hurdling form does bring him right into contention. In what doesn’t look to be the strongest of Grade 1’s overall, he looks more open to improvement than most, and is the one to be on for us.

*Race was run at Newbury due to Sandown abandonment.

About the Scilly Isles Novices’ Chase 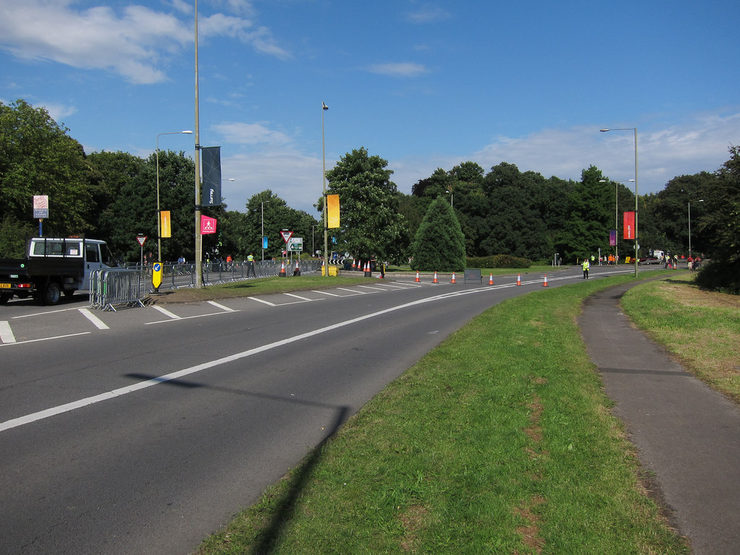 The novices’ chasing division is one of the most exciting in jumps racing. Many horses graduate from hurdles with big reputations only to fail to make the step up when it comes to the bigger obstacles. At the same time there are always unheralded horses who thrive when given the chance to compete over fences. The Scilly Isles Novices’ Chase is one of a number of very important races in the exciting novices’ chasing division.

The Scilly Isles Novices’ Chase was introduced in 1964. Although you may think it was named after the Isles of Scilly, in fact, the race gets its name from a local roundabout! Races don’t get much more glamourous than that! When the roundabout – which is between the two Surrey towns of Kingston upon Thames and Esher – was introduced, it was known as the ‘silly islands’ by locals hence the name.

Despite its name, there is nothing silly about the Scilly Isles Novices’ Chase. Indeed, this is a very serious race which is run at the Grade 1 level. The race trends show that a previous win in a Graded race is an important indicator of success in the Scilly Isles Chase whilst those who have experience of Sandown have a slight statistical edge as well.

The careers of Scilly Isles competitors can go in a few different directions. That’s because of its distance of 2 miles, 4 furlongs and 10 yards. 2 ½ miles is long enough for inexperienced chasers who go on to become stayers yet short enough for quicker horses who stick to this sort of middle distance trip.

Perhaps the most important element of the Scilly Isles Novices’ Chase is its timing. It takes place every year in either late January or early February which is just the perfect place in the schedule. At this stage of the season, the leading contenders in the novices’ chasing division have already made themselves known and the Cheltenham Festival is just around the corner.

For most punters, the best thing about the Scilly Isles Chase is the chance to get some important pointers ahead of Cheltenham. It has had a particularly close relationship with the Golden Miller Novices’ Chase since that race was introduced at Cheltenham in 2011. The record of Scilly Isles winners has improved in recent years with Defi Du Seuil becoming the first winner of both races in 2019.

It’s not just the proximity in time to Cheltenham that means the Scilly Isles Chase provides so many pointers. Sandown is a particularly tough track for novices to race at. The going is usually soft around this time in the winter and the infamous fences on the railway straight provide a real test of a horse’s jumping.

Although there are plenty of differences between Sandown and Cheltenham – Sandown is a right-handed track and much flatter than Cheltenham – novices who pass the test in the Scilly Isles Chase should be seriously considered for the Festival. You’ll find the Cheltenham record of recent winners below so it really is one to follow ahead of the March spectacular.