Also known as the Spa Novices’ Hurdle, this three-mile contest is one of the newer additions to the Festival having enjoyed its first appearance in 2005. It took three years for it to gain Grade 1 status and this is something that it has held ever since.

The original sponsor was Brit Insurance with this race carrying their name between 2005 and 2007. Since 2008 Albert Bartlett have backed this high quality stayers’ novices’ hurdle.

About the Albert Bartlett Novices’ Hurdle: The Spa Stamina Test 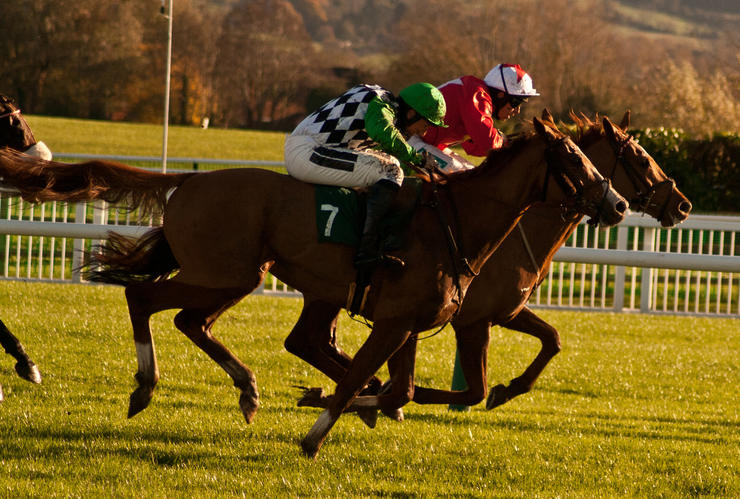 National Hunt racing is an extremely varied sport. There are many different stars competing in a host of different divisions many of which have further subdivisions. Celebrating that variety is one of the main reasons why the Cheltenham Festival is so loved by racing fans.

Take the novice hurdling division for example. It contains the leading hopes for the future of National Hunt racing but among that number are horses who will excel over shorter trips, those who will become stayers and everything in between. That is why the Albert Bartlett Novices’ Hurdle is such an important race.

Officially registered as the Spa Novices’ Hurdle but best known by its sponsored title, this Grade 1 contest is a chance for future stars over both hurdles and fences to compete against each other over three miles, which is longer than the other novice hurdles with the closest being the Ballymore Novices’ Hurdle at 2m5f.

The first running of the Albert Bartlett Novices’ Hurdle only took place in 2005. As it was one of the races introduced as the Cheltenham Festival was extended to four days there were some people who questioned whether it would prove to be a success. They soon had their answer.

Then called the Brit Insurance Novices’ Hurdle after its first sponsor, the race was run as a Grade 2 for the first three renewals. Following the legendary ride that Tony McCoy gave Wichita Lineman during his win in 2007 the race was promoted to Grade 1 status in 2008 which is the first year that Albert Bartlett began their association.

The prestige garnered by those early years has only increased as time’s gone by but people really began to sit up and take notice in 2013 when Bobs Worth won the Cheltenham Gold Cup. The Nicky Henderson gelding had won the Albert Bartlett Novices’ Chase two years previously and with that precedent being set connections of many more promising types who had been bred to stay started aiming their charges at the Albert Bartlett specifically. The steady increase in prize money as shown in the below graph also helped attract higher calibre entrants. 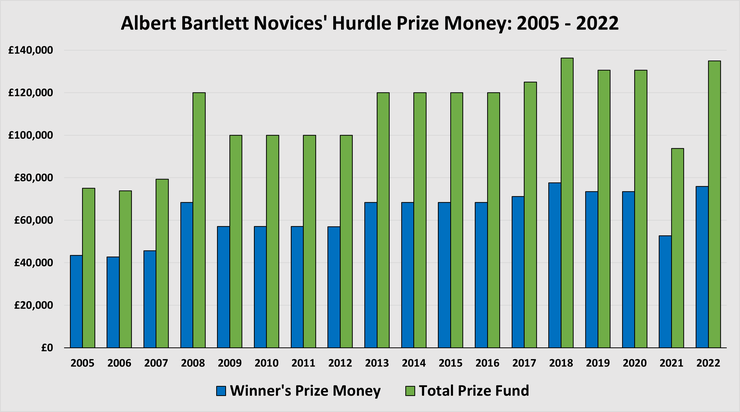 Horse racing fans will often try to maximise their knowledge of the sport to try and snap up early value with the bookies by heading to the Cheltenham ante post markets. The Albert Bartlett Novices’ Hurdle is usually a strong indicator for the Brown Advisory Novices’ Chase at the following year’s Cheltenham Festival but a word of caution is required for those thinking about their ante post positions for the coming renewal.

The leading contenders for the Albert Bartlett usually hold entries in at least one more race. Connections often make their minds up close to the Festival and so it is advisable only to bet with bookies who offer non runner no bet terms unless the information about a horse’s destination is solid.

In Ireland there’s also a number or races that lead to the Albert Bartlett Hurdle. Again, many horses will hold multiple entries for the Festival but the Grade 1s in February at Leopardstown and January at Nass along with the Grade 2 Novice Hurdle at Limerick in December could prove particularly informative.