It’s the big one on Town Moor this coming Saturday as Doncaster racecourse plays host to its biggest race of the season. That’s right, it is time for the staying classic that is the historic St Leger. We look set for an excellent renewal this year, with a field jam packed with high quality colts from both sides of the Irish Sea.

The Irish are going for a third successive win in the race this year, but overall, we like the chances of the home team and see four winner of the race, John Gosden, bagging the prize.

We have a really interesting renewal this year, featuring runners heading here via the Epsom Derby and top tier staying cup events, in addition to those to have progressed through the handicapping ranks. But who will come out on top?

2019 has already been a good year for sire Frankel when it comes to the Classics, with Anapurna breaking the superstar’s domestic duck when coming home in front in the Oaks. Hailing from the same John Gosden operation, it is a son of the greatest of all time who heads the betting for this one, in the shape of the unbeaten Logician.

Having been given plenty of time to develop, this good looking grey only made his career debut in May of this year, but has already made rapid strides through the ranks, progressing from a maiden success to a win in a Group 2 in the space of four starts. He steps up to this trip for the first time here, but did hit the line strongly in seeing off a couple of useful Aidan O’Brien runners in that Great Voltiguer Stakes last time, and likely isn’t done improving yet.

AIDAN TO DRAG IN ANOTHER?

As ever Irish Champion trainer Aidan O’Brien will be strongly represented, with three of the eight runner field hailing from his yard. Having been well beaten in two Group 2 contests at around this trip, Western Australia is going to need to improve markedly for the application of first time cheekpieces, but both Il Paradiso and Sir Dragonet would look to boast sound claims.

Il Paradiso will certainly see this out well enough having already won over 2m and been beaten by just one and a quarter lengths over that trip by the brilliant Stradivarius last time out, but it may be that Sir Dragonet is the classiest of the O’Brien runners.

This son of Camelot made such an impression in his first two starts that he was sent off favourite for the Derby at Epsom, and whilst he only finished fifth in the end, that was still a fine effort to go down by just three quarters of a length. Given a significant break on the back of that, he disappointed when turned over at odds on in his return at the Curragh, but it is likely this which is the main objective and we would expect to see an improved performance on the big day.

SIR RON ON THE MARK?

Mark Johnson is a trainer who gets winners right across the flat spectrum, but has long been associated with tough stamina laden sorts. The Middleham handler is yet to win this staying classic, but will be giving it a good go this year with his duo of Nayef Road and Sir Ron Priestley.

With Nayef Road having 14 lengths to find with the jolly on their clash at York last time out, it would appear that Sir Ron Priestly boasts the stronger claims of that duo. Five from six this season, his only defeat has come when seeming to hate the softish ground in the King George V Stakes at Ascot. A perfect two from two at 1m6f, he was powering right away at the line in a Group 3 at Goodwood last time and looks well worth his place in the field, with the going set to suit.

Sir Dragonet looks to possess bags of class, but having given his best close to home over 1m4f in the Derby he wouldn’t be certain to see this out well enough. Sir Ron Priestley would be our pick of the each way options, but does have plenty to find with the market leaders on ratings and this may prove a bridge too far.

It is the jolly for us here then. It’s hard not to have been impressed with the progress made by Logician to date, and we loved the way he quickly put the race to bed at York last time out. We fancy we may be seeing the famed Dettori flying dismount once again at the end of this one.

Aidan O’Brien tops the list of the trainers represented this year, with six previous wins in this race, including last year’s renewal with Kew Gardens. Lying two behind him is Newmarket trainer John Gosden who looks set to send out the red-hot favourite this time around.

Frankie Dettori’s four wins put him out in front amongst the jockeys, and it is he who gets the leg up on market leader Logician. 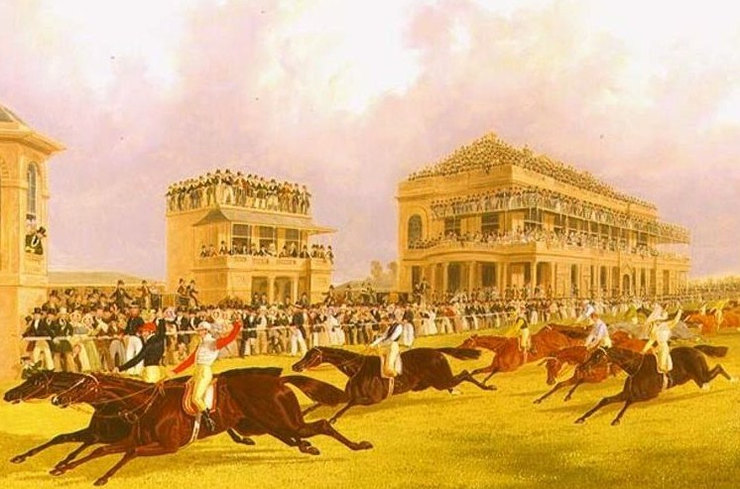 The five Classics are the jewels in the crown of the British flat racing season. The 1000 and 2000 Guineas get the Classic season underway at Newmarket in May, followed quickly by the Derby and the Oaks at Epsom in early June before the final of the five, the St Leger, which is held at Doncaster in early September.

At 1 mile, 6 furlongs and 132 yards the St Leger is comfortably the longest of the five Classics. It’s also open to colts and fillies and, as such, is the final leg in both the English Triple Crown and the Fillies’ Triple Crown. Camelot is the last horse to even attempt to complete either Triple Crown having won the first two legs in 2012 and the chances of any horse adding their name to lists that include Nijinsky and Oh So Sharp are increasingly slim. 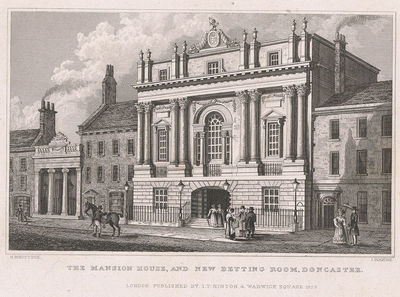 The St Leger may be the final Classic of the season but it is the first in terms of history, the oldest of the lot having been introduced in 1776. Anthony St Leger is the man credited as the father of this prestigious event. As a general in the army and a local politician, St Leger was a very well known man in the Doncaster area and he used his clout to put together a race which quickly grew from a local event to one which had significant national importance.

Owners of the best flat racing horses soon began entering their charges in the St Leger and it was one of racing’s earliest stars, Champion, who really improved the fortunes of the race. He had built up a large following thanks to his win in the Derby at Epsom and his completing the double at Doncaster really helped to put the St Leger on the map.

Talking of the map, the St Leger has always been indelibly linked with Doncaster. It has been held at Town Moor for around 250 years even though a plethora of reasons have seen it held at various tracks over the years including, Ayr, Manchester, Newmarket, Thirsk and York.

Those infrequent changes aside, Doncaster is one of many constants of the history of the St Leger. The race itself has undergone surprisingly few changes since being won by a then unnamed filly in 1776. The distance was trimmed from an original 2 miles to 1 mile, 6 furlongs and 193 yards in 1813 which is almost exactly the same as the current trip and save for the exclusion of geldings in 1906, the St Leger has remained largely untouched since then.

SCOTT BROTHERS’ RECORDS TO STAND THE TEST OF TIME 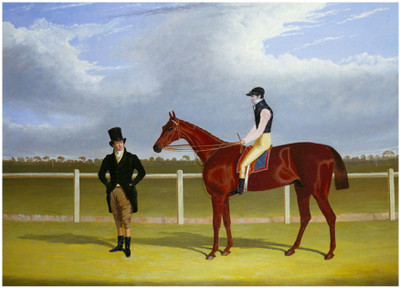 The one element of the St Leger that always changes is the horses taking part. As with the other Classics, the race is open only to three-year-olds so repeat winners are only possible in the shape of jockeys, trainers and owners.

The record for the most successful jockey in the history of the St Leger is held by Bill Scott. His first win in the Doncaster Classic came on board Jack Spigot in 1821 and his ninth came courtesy of the 1846 winner, Sir Tatton Sykes. Interestingly, neither of those two was trained by his brother, John Scott, who trained an incredible 16 St Leger winners. The brothers did combine on six other occasions though including with The Colonel (1828), Rowton (1829) and Satirist (1841).

The records of the Scott brothers have stood the test of time and it is very difficult to imagine that any jockey or trainer will break them in the years to come. Several jockeys have had impressive levels of success in the St Leger including John Jackson (eight wins), Lester Piggott (eight wins), Fred Archer (six wins), Ben Smith (six wins) and Frankie Dettori (five wins) whilst Aidan O’Brien, Cecil Boyd-Rochfort, John Porter and Matthew Dawson all have six wins as trainers as of 2018.

The five Classics will always be spoken of as a collection of races but they’re each individual contests which demand different attributes of the winners. Those differences have only become more pronounced in recent years with trainers and owners treating the St Leger as an increasingly specialised race, explaining the lack of many horses even trying to win it after earlier Classic success.

Long distance flat racing is in a good place at the moment though, with several top quality races spread throughout the year. There is no doubt, however, that the best of the best run over shorter to middle distances. That has opened the race up considerably, with horses who failed in some of the season’s biggest races over shorter trips going on to claim success at Doncaster. Aidan O’Brien is just one of a number of big name, experienced trainers who have turned horses who looked short of the quality required to win at the Group 1 level into St Leger winners.

2018 winner Kew Gardens is a prime example. Few would have picked him out as a St Leger winner after a mediocre performance in the Derby but he had already shown some impressive form having been stepped up in trip before contesting the St Leger. A number of horses have had success at Doncaster having been also-rans in the Derby but almost all of those had already proven their stamina ahead of the final Classic.

The stats show that horses who have already won a Group level race and/or a race over at least 1 mile 2 furlongs are the ones to support in the betting. In terms of specific races, the Great Voltigeur Stakes and the Gordon Stakes are ones to keep an eye on but any horse who takes big steps forward over longer trips will rightly be viewed as a danger. The only caveat to note is that 2013 winner Leading Light was a rarity in that he competed in a race which was longer than the St Leger.

Punters and bookies alike understand the changing nature of the St Leger. Four horses inside the top two of the betting won the race between 2013 and 2018, a run which followed an extended period without a winning favourite. What the future will hold remains to be seen, but we could see that trend of more fancied horses winning continue, thus delivering the bookies a little bit of pain to end the Classic campaign off!