The season’s championship race for staying hurdlers comes on the third day of the Cheltenham Festival. The Stayer’s Hurdle was first run at Cheltenham in 1912 and at the festival in its current form since 1972. For the majority of the race’s history it has been contest over 3 miles and is the definitive test of stamina over the smaller obstacles.

Two names in particular stand out amongst recent winners; Inglis Drever won the race three times between 2005 and 2008 for Howard Johnson, with Big Buck’s going one better achieving four consecutive victories between 2009 and 2012 for trainer Paul Nicholls and Jockey Ruby Walsh.

The 3m Stayer's Hurdle begins just after the first turn with runners completing almost two full circuits of the New Course before finishing in front of the stands. 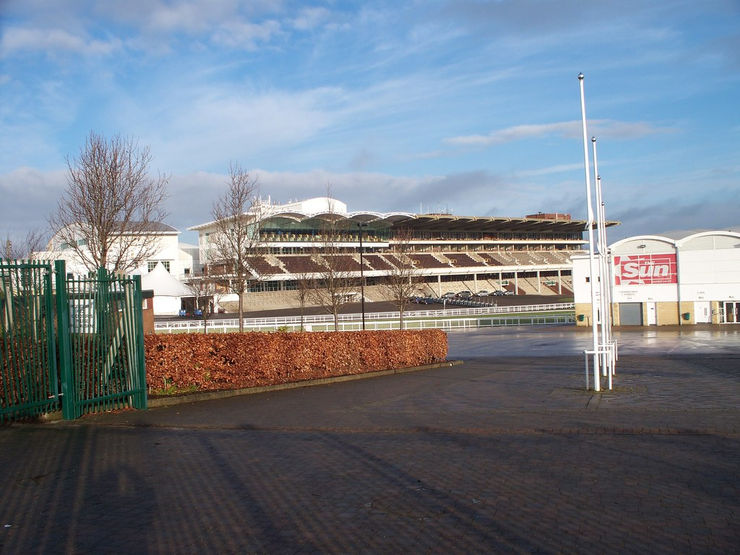 Each day at the Cheltenham Festival has its championship level contest towards which the whole season builds for those runners in the relevant category. Speed is the name of the game on Day One and Day Two respectively, but in the second half of the meeting the focus turns towards stamina, beginning with the Day Three showpiece of the Stayers’ Hurdle. A Grade 1 contest for runners aged four and older, the crème de la crème of the staying division tackle three miles and 12 obstacles in pursuit of glory.

First run way back in 1912, the race is now firmly into its second century of existence, making it one of the more historic events of the meeting. The shape and name of the race has however gone through a number of changes over the years, with the first recognised edition of the modern era taking place more recently in 1972. Having been replaced by an event known as the Spa Hurdle from 1946, 1972 was the year the race returned to the Festival schedule under its current moniker; a title which it has retained ever since, other than between 2005 and 2016 when it was known as the World Hurdle.

With that inaugural edition in 1912 actually being a selling contest – the winner was up for grabs for a bargain £50 at the time – the class of the contest has certainly increased, to the extent that it is now the pre-eminent Grade 1 staying hurdle of the entire British season.

Those punters looking to plot an ante-post course towards finding the winner of the Stayers’ Hurdle are certainly well catered for when it comes to trials for the big one. Almost from the advent of the National Hunt season, the British and Irish Fixture list provides a steady stream of Graded staying hurdle contests which provide logical stepping stones towards the main event in March.

Newbury’s Long Distance Hurdle in late November/early December gives us our first real pointers towards the season’s pecking order in the staying division and has been taken in by the likes of Baracouda, Inglis Drever, Big Buck’s and Thistlecrack on route to Stayers’ Hurdle success.

Next up comes Ascot’s Long Walk Hurdle in December which again has thrown up its share of winners, including Baracouda, Big Buck’s, Thistlecrack again and Paisley Park in addition to 2006 Stayers king, My Way De Solzen.

Those who place extra emphasis upon form at the track won’t want to miss January’s Cleeve Hurdle which takes place at Cheltenham. This race has grown in prominence over time and has been used as a final stepping stone towards the big one by Inglis Drever, Big Buck’s, Thistlecrack and Paisley Park.

Those looking to assess the merits of the Irish challengers meanwhile would do well to tune into the Christmas Hurdle at Leopardstown. The 2021 and 2022 Stayers’ Hurdle winner Flooring Porter won at Leopardstown in 2020 and came second in the same race before going on to take the spoils at Cheltenham in 2022. Others to have competed in the race do regularly fare the best of the Irish runners who turn up at Cheltenham. Having been won by the likes of Limestone Lad, Vroum Vroum Mag and Apple’s Jade, it may only be a matter of time until more winners of Ireland’s big festive hurdle follow up at Prestbury Park.

This race has been no stranger to a horse returning to the scene of his former glory to land the prize on more than one occasion. This multiple winner trend started very early too, with Silver Bay winning the two first editions. Crimson Embers, Galmoy, Sobrino, and Warwick are others to have doubled up in the earlier editions of the race, but the two greatest performers in the history of the contest were to come in more recent times. 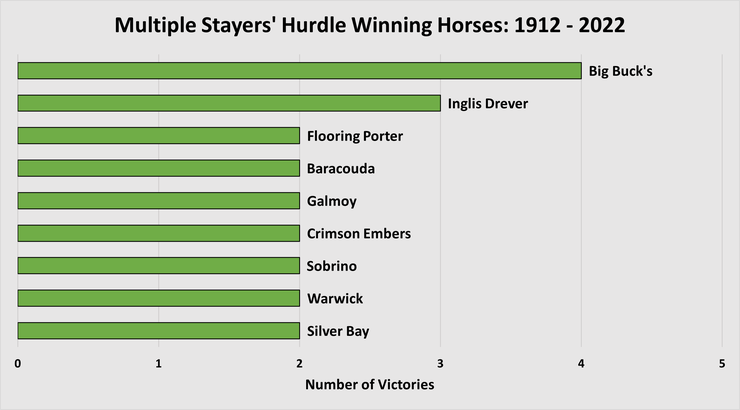 Howard Johnson’s Inglis Drever burst onto the scene in 2005 when upsetting hot favourite – and another dual winner of the race – Baracouda to score impressively by three lengths. Inglis Drever missed the 2006 edition but returned in 2007 to record a hard-fought success from Mighty Man. A place in the record books therefore beckoned headed into the 2008 edition. The now nine year old duly delivered to see off French challenger Kasbah Bliss and become the first ever three time winner of the race. His record however wouldn’t last long….

The Paul Nicholl’s trained Big Buck’s had announced himself as the potential new kid on the block on the staying hurdle scene when coming home well clear in the 2009 Cleeve Hurdle and backed that trial performance up with a win from Punchestown’s in the big one. Noble challengers such as Grand Crus and Voler La Vedette came and went in the following seasons, but none could lay a glove on Big Buck’s who dominated the staying scene to an unprecedented degree, racking up a second, third and fourth win in this race in 2010, 2011 and 2012. Undoubtedly one of the greatest staying hurdlers of all time.

Big Buck’s didn’t just propel himself into the record books, the horse also took his trainer Paul Nicholls and jockey Ruby Walsh with him. Those four wins for Nicholls make him the most successful handler in the history of the race, whilst Walsh, who added a fifth victory aboard Nichols Canyon in 2017, leads the way amongst the riders.

Younger Runners to the Fore

Common wisdom dictates that the staying power of a horse tends to improve with age. Whilst that is true to an extent in this race – no runner younger than six has come home in front since 1951 – the overall pattern suggests that we certainly don’t want a runner too old when looking for the winner here. The below chart gives the age breakdown of all winners between 1972 and 2022 and suggests that focusing on runners between the ages of six and eight is the way to go. 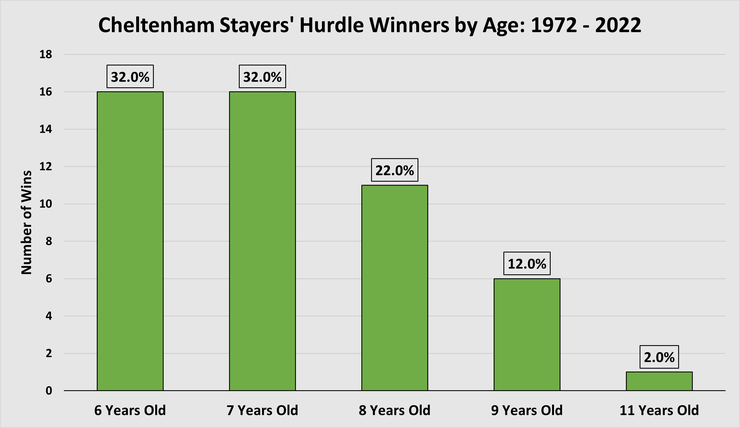