Won by the likes of Sprinter Sacre, Sire De Grugy, Master Minded and Un De Sceaux in recent years, the Tingle Creek Chase at Sandown is always a race to savour and is one of the season’s top two mile chases. The 2019 edition looks to be no different, with some of the genuine superstars of the chasing game set to take to the track here in a race which has been won by a number of legends of the game.

First run in 1979, the steeplechase is named after the horse Tingle Creek who became a firm favourite amongst racing enthusiasts during the 1970’s thanks to his bold front running style and weight defying performances. The Esher track in particularly suited his running style, winning the Pattern Handicap there three times in six runnings, finishing as runner-up in the other three.

The Grade 1 Tingle Creek Chase is one of the biggest minimum distance steeplechases of the jumps racing season and a major highlight for Sandown. It’s usually a highly competitive contest and the eight confirmed runners are each vying for the near £85,000 first prize on offer. The forecast for Saturday looks great and that octet will slug it out over perfect good to soft ground at Sandown.

The Tingle Creek Chase is up there with the biggest National Hunt races before Christmas. Its position in the calendar means that punters always look beyond the race itself and for any pointers they can pick up for the Cheltenham Festival.

The main Cheltenham link with the Tingle Creek is the big minimum distance chase of the Festival - the Queen Mother Champion Chase. The brilliant Altior is the most recent horse to complete the double, doing so last year, but the 2018 champion is not in the field to defend his crown.

The absence of Altior does not mean that this is a weak renewal of the Tingle Creek, far from it. There’s a mouth-watering contest in prospect with Defi Du Seuil, Un De Sceaux, Politologue and Sceau Royal all present towards the head of the betting for this 1m7½f race.

Well backed horses have a pretty good record in the Tingle Creek. Seven of the last 11 winners were either the favourite or joint favourites, with Dodging Bullets the biggest priced winner in that time at 9/1.

Good recent form is also important with just two of the last 17 winners failing to finish inside the top three of their most recent performance before heading to Sandown. Finally, the quality of this race is hammered home by the fact that most recent winners had an official rating of at least 165. Who will it be claiming triumph this time?

The market leader has been well backed and it is easy enough to see why. The six-year-old has room for improvement and has already impressed, with four wins and two seconds from seven chase starts.

Ultimately though we just feel he is a shade short here now and so we have to think there is better value elsewhere. He won’t be far away, that seems almost certain, and having won at Aintree before we know he likes this course well enough.

He ticks all the right boxes in truth but there is no getting away from the fact that odds of 6/4 are short in a field so packed with classy opponents. We can’t put you off backing him but a price of 2/1 would be about right in our eyes, so we’ll have to pass him over.

Paul Nicholls is the most successful trainer in the history of the Tingle Creek Chase with 10 wins. The most recent of those came in 2017 when Politologue beat the odds-on favourite, Fox Norton by half a length. Politologue missed last year’s contest but returns to Sandown with a very good chance of victory at a tempting price of 5/1.

The main obstacle facing Politologue is that he was beaten by 1¼ lengths last time out by the favourite for this year’s Tingle Creek, Defi Du Seuil. The favourite’s performance in the Shloer Chase means he demands respect and he should be a major player in each race he enters over the course of the season. There seems likely to be more to come from him but the Tingle Creek is shaping up to be a very different race.

Barry Geraghty was able to dictate terms on Defi Du Seuil last month at Cheltenham. That will not be the case at Sandown with twice as many runners in the field including some strong travellers such as Un De Sceaux. A sterner pace should limit Defi Du Seuil’s ability to utilise his impressive acceleration in the closing stages and see the race pan out much more to Politologue’s liking. Nicholls will ensure his eight-year-old is in tip top shape and a second Tingle Creek win looks to be on the cards at the very nice price of 5/1.

Of course, Defi Du Seuil is not the only danger to Politologue. There is every chance that Un De Sceaux will himself capitalise on the faster pace that he is sure to set. The 11-year-old’s experience and versatility will allow him to be in contention come the final couple of fences even if he isn’t able to dictate the pace and he ran well when making his seasonal debut in last year’s Tingle Creek.

He may be turning 12 shortly but Un De Sceaux remains one of the highest ranked horses in jumps racing and connections are hopeful of yet another successful season for this truly remarkable competitor.

Predicting which route Un De Sceaux will take from now until Cheltenham is very tough but predicting a strong run on Saturday from this most consistent of performers is as easy as it gets. He’ll be on the premises come the finish, that seems almost guaranteed.

Janika is a very interesting option from a little lower down the Tingle Creek betting market. Nicky Henderson’s six-year-old made a pleasing return to action at the start of November when obliging favourite backers in the Grade 2 Haldon Gold Cup.

Obviously, the Tingle Creek represents a very big step up in class for Janika but the quality of his run on his seasonal reappearance suggested that he has wintered very well and should make further improvements over the season ahead.

Janika’s run at Exeter was particularly interesting in that it saw him drop down in trip to 2m½f having done most of his best work over 20f or thereabouts last season. The team at Seven Barrows have either seen something from Janika’s recent work that suggests shorter distance chases are in his future or they are simply struggling to set out a clear path for him towards Cheltenham and beyond.

Either way, Janika has the jumping ability and pace to be a serious contender in the Tingle Creek and his odds of 9/1 are more than tempting for those seeking each way value.

*The 2010 race was run at Cheltenham, racing at Sandown was abandoned due to frost. 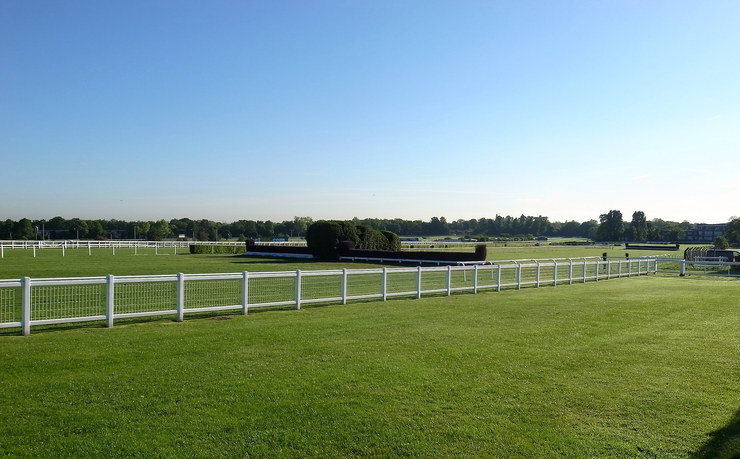 Ask any veteran of the racing scene and they might well recall fond memories of 1970s superstar Tingle Creek. So many of the flamboyant chestnut’s most memorable displays came at Sandown so it’s only fitting that it’s here where a race is named in his honour. The distance couldn’t be any more suitable either as Tingle Creek was very much a two-mile chase specialist despite not looking like one, nor being bred to be one.

While initially a handicap affair during its earlier days, since 1994 this race has carried Grade 1 status. This change in classification proved enough to bring Champion Chase winner Viking Flagship to Sandown that year and he produced the goods on his seasonal debut. So many elite chasers have continued to win this race since then, including the likes of Moscow Flyer, Kauto Star and Sizing Europe. It remains one of the leading minimum distance races on the National Hunt calendar and one that regularly involves Champion Chase hopefuls and winners.

THE MAKING OF CHAMPIONS

Tingle Creek himself never won the Champion Chase at the Cheltenham Festival but the race in his honour has regularly produces winners of Cheltenham’s most cherished two mile race. Although the two races are separated by around three months, the result here is one you definitely ought to look at ahead of the Cheltenham Festival. If a horse can handle the two miles and 13 fences at Sandown, as well as the classy field that almost always assembles, they are certainly worth adding to the Festival short list.

It’s often been the case that the winner of the Tingle Creek is the same name later crowned king of the Champion Chase as you can see below. Missing from the list is 2016 winner Un De Sceaux, who took a different approach, instead competing, and winning, the two and a half mile Ryanair Chase.

Paul Nicholls is responsible for five of the names featuring on the above table and his record in this race is completely unrivalled. In 2017, the 11-time British jump racing Champion Trainer made it win number 10, less than two decades after enjoying his first Tingle Creek success. Consistently able to churn out some of the most talented minimum distance chasers, you’d be wise to always take any of his entries in this race seriously.

Double winners have been a regular feature of this race over the years, with News King first to manage the feat back in the Tingle Creek’s handicap days, followed by Long Engagement and Waterloo boy. The trend has continued under Grade 1 status with 7 additional horses pulling off the double since.

Three victories is something only managed by one horse though, the brilliant Flagship Uberalles, who also won the Champion Chase in his illustrious career. First winning as a five-year-old, the youngest horse ever to win the two mile contest, the half-brother of Viking Flagship then proceeded to outdo his relative in this race. Two further victories followed, both under completely different trainers, for what is one of the most unique hat-tricks you are ever likely to see.

Flagship Uberalles actually stood a really good shot of making it four Tingle Creek wins too but an awful stumble over one of the fences ensured this didn’t happen. The mistake in 2002 did however put a near immedaite end to Moscow Flyer’s race as Jessica Harringotn’s runner was unable to avoid the stumbling 15/8 favourite. Such was the strength of the collison, Barry Geraghty flew off the saddle as Moscow Flyer’s Sandown debut ended in disaster. He would return the following two years to win but the initial forced failure denied him from matching Flagship’s hat-trick.

CHELTENHAM COMES TO THE RESCUE 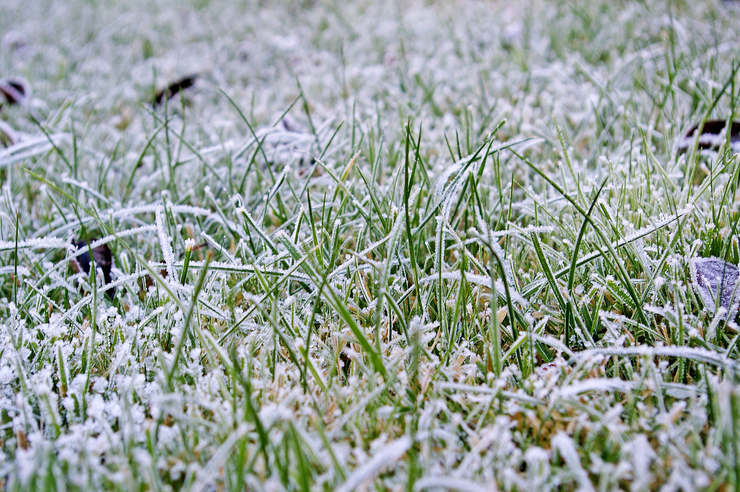 Frosty conditions in 1983 forced the abandonment of the Tingle Creek chase and in 2000 there was danger of another cancellation until Cheltenham stepped in. By this time it was a race that needed to be saved and without it, Flagship Uberalles may never have pulled off his unrivalled trio of victories.

10 years after saving the day, Cheltenham was again called into action due to freezing temperatures and snowfall at Sandown. It hosted the 2010 Tingle Creek just a week later than initially scheduled, causing virtually no disruption to the National Hunt schedule, and allowing the brilliant Master Minded to claim his part in the race’s history. As a slight aside for the trivia fans, it should be noted that the two runnings at Cheltenham were over a slightly longer distance of two miles, 110 yards, rather than the standard two miles.