The Triumph Hurdle is the big juvenile race of the Cheltenham Festival. It has been used by some really high class stayers both over hurdles and fences in years gone by and, famously, produced dual Grand National winner Tiger Roll, who won this one in 2014.

As ever, the field for the Triumph Hurdle will contain several promising four year olds who should go on to very good things but you must always keep in mind that these are very young horses by the standards of National Hunt racing and it is never simple for them to win amongst all the noise of the first race of final day of the Cheltenham Festival.

About the Triumph Hurdle: Kicking Off the Final Day in Style 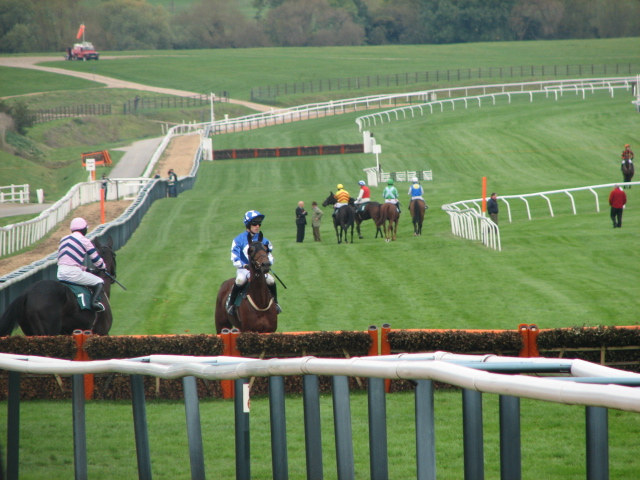 There are always a few weary racing fans in the crowd for the final day of the Cheltenham Festival. The toll taken from the first three days of racing and celebration (especially St Patrick’s Thursday) means many of those heading to Prestbury Park took their time getting out on the Friday, but the spirits are always lifted by the first race of the day, the Triumph Hurdle.

Open only to four-year-old novices, many of the brightest prospects in National Hunt racing are entered into this Grade 1 which takes place over two miles and one furlong.

The Triumph Hurdle has become synonymous with the Cheltenham Festival over the last few decades so many racing fans are surprised when they find out that it has not always been run at Prestbury Park. From its inaugural race in 1939 to 1962 it took place at the now defunct Hurst Park although no renewals were held for the entirety of the 1940s.

During those early years it became a leading target for international horses with French trained hurdlers having a particularly impressive record. French trainers were frustrated when the Triumph Hurdle did not appear on the National Hunt schedule in 1963 or 1964 but their worries were soon eased with the announcement that it would be moved to Cheltenham where it made enough of an impression to be moved from a meeting in April to the Festival itself after just three renewals at Prestbury Park.

The move to Cheltenham added to the prestige of the Triumph Hurdle and with that came sponsors who wanted to be associated with it. The Daily Express were the first sponsors before the Elite Racing Club in 1997. JCB’s long running sponsorship of the event began in 2002 and they’re signed up for a few more years yet.

It is fitting due to the Triumph Hurdle’s rather complicated history that there is nothing straightforward about the race as a contest. Although it is one of the biggest Novice Hurdles around there is no strict template that winners have followed either before the race or after it.

There are any number of important trials in the early season that attract leading contenders from both the UK and Ireland. The most obvious of these are the three JCB Triumph Hurdle Trials held at Cheltenham between November and January. Gaining experience at Cheltenham can prove to be vital but it’s the Adonis Juvenile Hurdle that tends to be the best indicator of Triumph Hurdle success. Five winners of that race at Kempton have gone on to win since 1999 whilst others have run well in both without winning.

A Bright Future Ahead

In terms of future success, connections of many of those who win or claim a place in the Triumph Hurdle have the Champion Hurdle at the following year’s Cheltenham Festival firmly in mind. It takes a horse of the highest calibre to go on and complete the double though and thus far only four have managed it: Clair Soleil, Persian War, Kribensis and Katchit.

One of the other possibilities for Triumph Hurdle winners is the Stayers’ Hurdle. It’s a sharp increase in distance to three miles but that’s the route taken by the 2014 Triumph Hurdle winner, Tiger Roll, who went on to win the Grand National on two occasions. He’s not the only horse who has gone on to contest major chases. Commanche Court, for example, won both the Punchestown Gold Cup and the Irish Grand National in 2000. 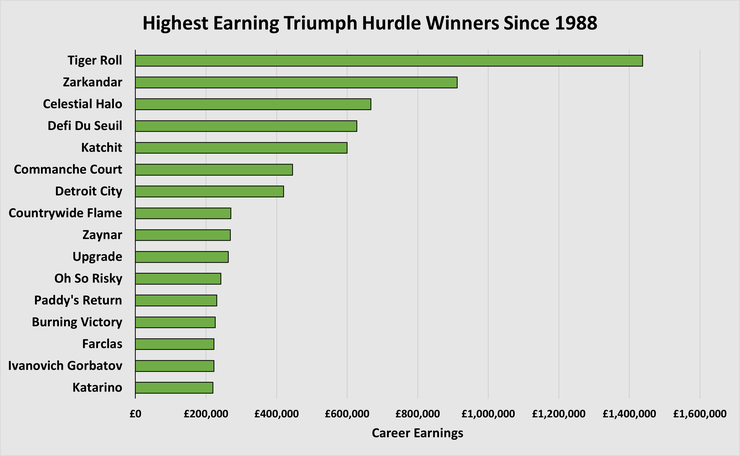