The Wokingham Stakes stands as the penultimate race of the five-day Royal Ascot festival, immediately following the high class Diamond Jubilee Stakes which is run over the same distance.

While not carrying the same level of prestige as the race before it, this heritage handicap is able to compete in terms of pure excitement. We tend to have a huge field declared for the Class 2 contest and choosing just one name is a tough ask.

A full field of sprint handicappers charging out of the starting stalls for the Wokingham Stakes is one of the great sights of Royal Ascot.

Restrictions on racing at the moment mean that the field is restricted to 24 for this year’s renewal but that is still a lot of horses for this six furlong contest.

There are also restrictions on the prize money but it’s still a healthy £75,000 whilst punters’ chances of profiting are boosted by bookies paying out five places as the norm on each way bets.

The last 10 renewals of the Wokingham Stakes are bookended by winning favourites. In between Laddies Poker Two (9/2 favourite in 2010) and Cape Byron (7/2 favourite in 2019) plenty of long shots have delighted their backers with wins and places in this race.

The competitiveness of this race means that the weights tend to be fairly well compacted (there is just 10lb separating the field for this year’s edition) and it is therefore no surprise that recent winners have come from the top and bottom of the weights and everywhere in between.

The trends suggest that between four and six is the perfect age bracket to be in whilst a certain amount of proven form over the six furlong trip is required. In terms of incoming form, recent wins aren’t required but you’ll need good reasons to back any horse without a place in their last four starts.

If there is to be a winner from the top part of the market for the 2020 Wokingham Stakes, it may well be Mubakker. As is often the case with horses trained by Sir Michael Stoute, Mubakker showed improved form from his three year old campaign in his first run as a four year old and has scope to become an even better horse over the remainder of this season.

That run came on the all-weather at Newcastle in an 11 runner handicap. Mubakker was up against some very good horses that day and the way he kicked for home to get the better of a horse of Glen Shiel’s calibre and experience marked him out as one to watch in the biggest sprint handicaps.

The handicapper has not missed the quality of Mubakker’s run at Newcastle and has raised him a fairly steep rise in the weights. His scope for improvement suggests that he may still be ahead of his mark of 101 though and at 6/1 his price is big enough for many punters to find out by backing him.

The trainers of many leading fancies for the Wokingham Stakes made sure they got a run under their horses’ hooves ahead of the trip to Royal Ascot. That has given punters some helpful recent form to go on and in that vein it is hard not to be impressed by the run of Summerghand in the Betway Handicap at the start of June.

David O’Meara’s six year old was making his return to British racing after a disappointing spell in Meydan at the start of the year and seemed to relish more familiar surroundings. In finishing second, Summerghand showed that he has much more still to give and that we can expect more of the same consistently high performances in handicaps that we saw last season.

The most impressive element of his run at Newmarket was the way he came right from the back of the field to finish very strongly. He was produced a little bit too late to catch Tinto but it was a run that promised much more. Both Summerghand and Tinto are available at 12/1 for the Wokingham Stakes but it’s the former who makes the most appeal thanks to his previous strong runs at Ascot.

Mr Lupton fits the bill very nicely for those punters looking for an outsider who is sure to give them a good run for their money. At 33/1 he would not be the longest priced winner of the Wokingham Stakes in recent years but there is every chance that price will come in on the day of the race.

There was no simple warm up race for Mr Lupton this year. He was thrown into the deep end with a run in the Group 3 Abernant Stakes, a level of race which is probably about as high as he could be competitive in at this stage of his career. He never really got into a position to make too much of an impact on the first two home but he finished very strongly, something which augurs well as he makes a drop back into handicap company.

About the Wokingham Stakes 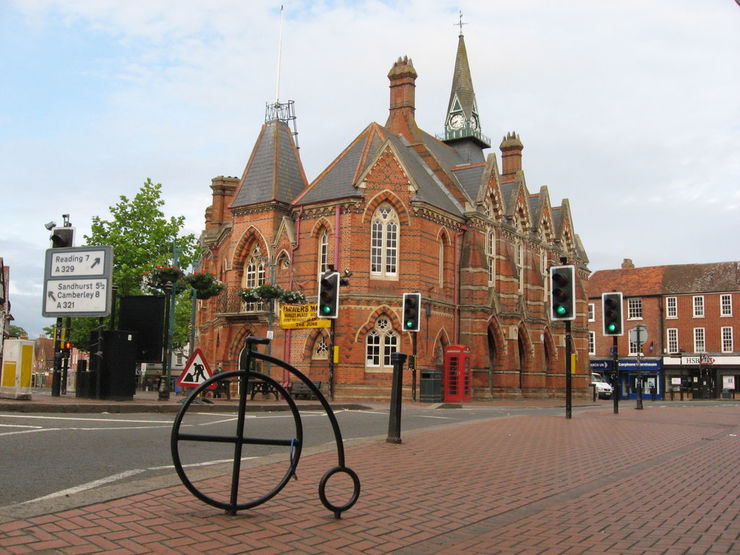 Immediately following the Diamond Jubilee Stakes on the final day of Royal Ascot is another six furlong race, the Wokingham Stakes. The ultra-competitive handicap regularly features fields of 25+, giving punters the potential to scoop a big winner as the five day festival nears a close. With it being a heritage handicap, the race offers a purse much larger than a standard handicap affair (£175,000) while also being open to any horse with an official rating no higher than 110.

For those of you who live close to Ascot, or are British geography boffins, you might be aware that Wokingham is a market town west of the racecourse. This is the inspiration for the race name, rather than honouring the first two-time champion in the late 1800s who was coincidentally called Wokingham. At the time of its inception in 1813, the event was divided into several different classes before merging into a single race in 1874.

OLD OUT DO OUTDOES THE REST

There was a very rare sight in the 2017 Wokingham Stakes, an eight-year-old winner. Out Do’s surprise 25/1 victory was the first time in decades that a horse so old managed to beat the rest. Previously the oldest nag first past the post, in the modern era at least, was seven-year-old Selhurstpark Flyer during a successful title defence. 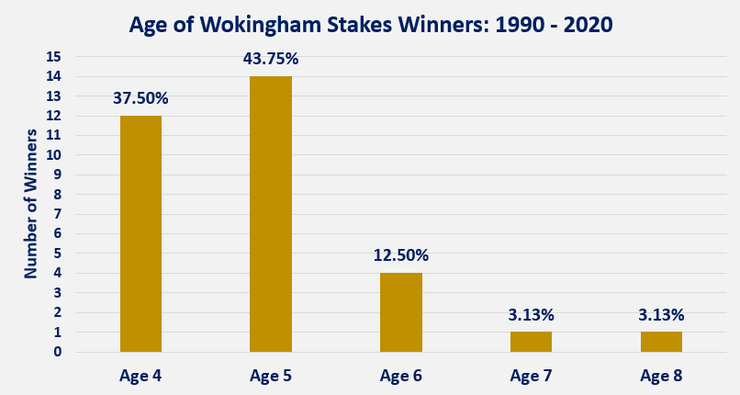 Having bettered his younger rivals before, Out Do returned to Ascot 12 months later and was the only nine-year-old among the Wokingham field. The chestnut gelding rather showed his age on this occasion though as he wound up finishing dead last.

Out Do’s miserable attempt to defend his crown serves as a reminder of just how hard it is to win this race back to back. There’s recently been a small surge in horses attempting it but as you can see from the table below, champions that do return do not fare well. The way things are going it could well be a long time before we see a fifth two-time champion, and the first this side of the new millennium. 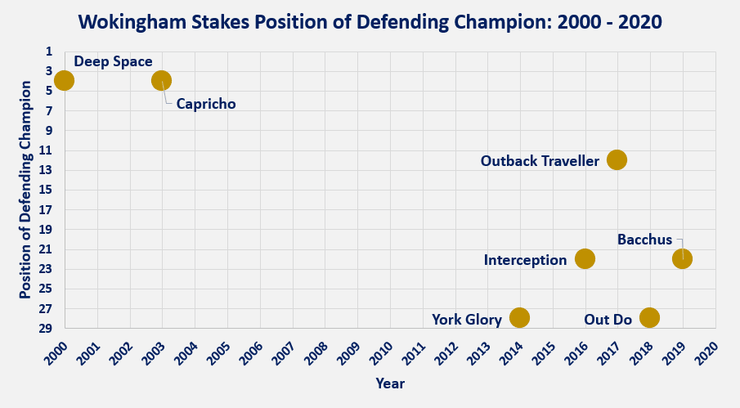 Since 2011, either nose, a head, neck or half a length have decided five Wokingham Stakes’ renewals. Regularly impossible to call right until the final few strides, it’s no great surprise that this race has previously had a dead heat. 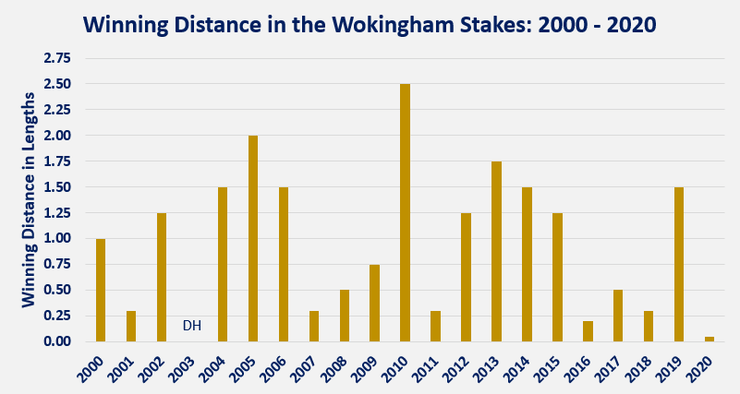 There was nothing to separate Fayr Jag or the Frankie Dettori-ridden Ratio in the 2003 edition of the handicap as stewards examined the photo finish. It would end up being the biggest win of Ratio’s career but for Fayr Jag, he got the spotlight to himself a year later when winning what is now the Diamond Jubilee Stakes.

Although it’s a tough ask to pick the winner in this race, do it right and you are more than likely to pocket yourself a very tidy profit on the penultimate race of Royal Ascot. With so many horses always in the running for the Wokingham, there are lots of big odds on display and losing favourites are a common feature. 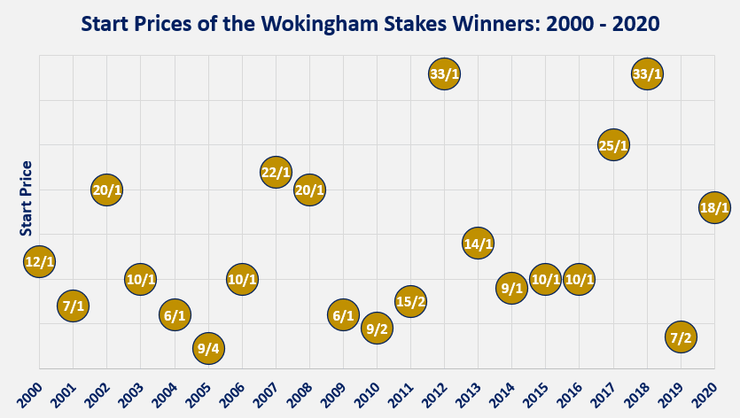 The average starting price of the winners since the year 2000 is over 13/1, with just four favourites triumphing in this time. Some of the most unfancied horses have become champions in recent times as can be seen above, highlighting just how important it is to check the full racecard when placing your bets. We would also suggest at least a couple of each way punts in such a wide open contest.