It’s Ladies’ Day at the York Ebor meeting the Thursday, and as such it only seems right that it is the fine fillies and mares who light up the track in the second day’s feature event, the Yorkshire Oaks.

The first Yorkshire Oaks took place way back in 1849 when it was restricted to the three year old classic generation. This remained in place all the way up until to 1991 when it was opened to older fillies and mares. This has been classed as a Group 1 ever since the grading system was created in 1971.

Won in 2017 and 2019 by one of the all-time greats, Enable, the Yorkshire Oaks is one of the top 1m4f events of the season for the fillies and attracts an excellent field each year.

1m4f is the trip for this Group 1 highlight of the second day of York’s Ebor meeting. The Ladies’ Day feature is open only to fillies and mares and it offers excellent prize money of £250,000 in 2020. The going at the track is currently described as good, but with an unsettled forecast, this may well ease come the day of the race, although we should have the sun out come the off.

Open to fillies and mares aged three and older, this event regularly represents one of the season’s biggest clashes of the generations for the female performers over the 1m4f trip. The three year olds have held the edge of late, with five wins in the past six years, and look likely to improve that record still further in 2020. Manuela De Vega is the only older runner in this year’s field and the red-hot favourite is a member of the Classic generation – indeed being a dual Classic winner.

Sir Michael Stoute is out on his own in front as the most successful trainer in this race with nine previous wins. However, Stoute doesn’t hold an entry this year, leaving John Gosden and Aidan O’Brien as the most successful trainers on show, with four wins apiece. Gosden sends Franconia and Frankly Darling into battle this time around, whilst O’Brien will rely on the much-fancied favourite, Love.

The market leaders have a solid 50% strike-rate in this race over the past decade. Two of those victories were registered by Enable at prohibitive odds of 1/4, but supporters of the jolly would still have registered a level stakes profit of +£2.00 over this period.

Way out in front at the head of the betting for this year’s renewal is the Aidan O’Brien-trained three year old, Love. Another result of the ultra-reliable Ballydoyle/Galileo production line, this Michael Tabor-owned filly has been just about the standout star of the season to date, and heads here ahead of a possible tussle with the mighty Enable in the Prix de l’Arc de Triomphe.

A full sister to the 100+ rated performers Peach Tree and Flattering, this good-looking chestnut showed plenty of class last season, notably when landing the Group 1 Moyglare Stud Stakes at the Curragh, without really suggesting she was a superstar in the making.

Having rounded off her juvenile campaign with defeat in the Fillies Mile at Newmarket, she looked to have a little bit of work to do when making her seasonal reappearance in the 1000 Guineas. However, it became clear a long way from home that she had trained on incredibly well, and she duly loomed up on the outside before putting the race to bed in decisive fashion.

If that effort was impressive, what followed in her next outing in the Oaks at Epsom wasn’t far off being sensational. With Ryan Moore once again in the saddle, Love turned the second fillies’ Classic of the season into a procession, trouncing stablemate Ennistymon, and the highly-regarded Frankly Darling by a resounding nine lengths. There was a touch of brilliance about that performance as she found an extra gear or two to leave her rivals trailing and if she can repeat it here, we fancy she will impossible to stop.

Of the others, Jessica Harrington’s One Voice seems likely to be suited by this step up in trip, but doesn’t look to have as much room for improvement as a couple of the others, whilst there wouldn’t appear to be any good reason to suggest that Frankly Darling should reverse that 9¾l beating in the Oaks. As such, the most likely fly in the ointment may be the second of the Gosden runners, Franconia.

Going in the famous Khaled Abdullah silks, this daughter of Frankel was raced just the once at two – going down by a neck at Chelmsford – but must have shown plenty over the winter as she was pitched straight into Listed company on her seasonal comeback at Newbury in June. That step up in class proved to be well within her compass as she did the job very nicely - powering home from a field of promising rivals to score by an eased down 3¾l at the line.

This one also gets a tick in the course form box, with her most recent outing having come over this track in another 1m2½f Listed event in July. She wasn’t quite so impressive that day, in only slowly managing to wear down the useful Gold Wand to score by ¾l, but did at least manage to keep her winning run going.

On the plus side, she travelled better the further they went that day, which augurs well for this step up in distance. No doubt headed in the right direction, and in excellent hands, she will nevertheless need another significant jolt of improvement if she is to give the favourite something to think about.

About the Yorkshire Oaks 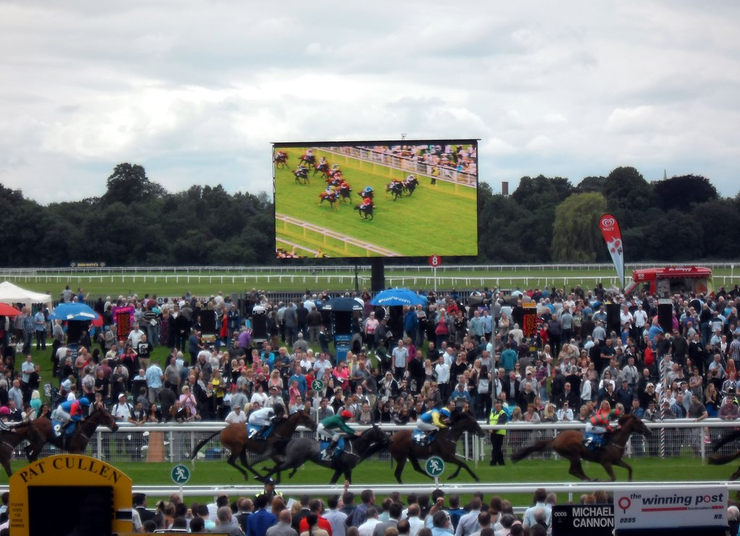 Standing as the final fillies and mares event of the British Champions Series is the Yorkshire Oaks, which takes place every August at York Racecourse. One of the venue’s most revered contests, it rightly takes centre stage on day two of the popular Ebor Festival. Part of what makes the one-and-a-half mile race so special is its rich history, one that dates all the way back to 1849. Its large purse certainly don’t hurt its appeal either; the total prize fund has long exceeded £300,000.

The Yorkshire Oaks often sees fillies that featured in the Epsom Oaks but with an additional sprinkling of older horses. Unlike the British Classic, horses three and above have been able to compete in this Yorkshire based affair since 1991. It’s held Group 1 status ever since the present system of grading was introduced, allowing it to maintain a consistent flow of high quality female horses turning out at the Knavesmire.

THE OAKS A SEMI-USEFUL GUIDE

A total of 24 Epsom Oaks champions also struck gold in the Yorkshire Oaks two months later, 11 of those have been since 1970. It’s not always a double that’s attempted but when it is, winners at Epsom generally come into the test at York fairly well-fancied. Love successfully won both races in 2020 but it was only the third time this century it has occurred.

Several others have come close though, including Sariska (2009), Snow Fairy (2010) and Taghrooda (2014) who all finished as runners-up in the Yorkshire Oaks. So, unsurprisingly the Epsom Oaks result is one you ought to at least have a glance at before a Yorkshire Oaks renewal.

AGE OF NO SIGNIFICANCE

Since being opened to older fillies and mares in 1991, the Yorkshire Oaks has seen its fair share of older champions. While definitely something to note, the age of winners largely correlates with the rate of their participation in this race.

During the last 10 years three-year-olds have compromised a little over 60% of the Yorkshire Oaks field while their win percentage since the rule change is just 4% higher. Mares over five-years-old are yet to secure a win but it’s very rare to see them involved.

The biggest help you’ll get when attempting to find the winner for the Yorkshire Oaks is from the bookies. The odds given for this race have been a very reliable indicator of how things will pan out in recent time. The favourite or joint favourite has won an impressive 16 of the last 18 renewals, handing the bookies a serious beating in that period.

True upsets have been in real scarce supply with the last coming back in 2001 when five-year-old Super Tassa claimed a pre-retirement win. By winning on her English debut she became the first Italian-trained horse to win a major race in Britain since Marguerite Vernaut won the Champion Stakes in 1960.

STOUTE ALL OUT OF LUCK

Sir Michael Stoute remains as the leading trainer in the Yorkshire Oaks but it’s been 15 long years since he last saddled a winner in the race. His first taste of success came in 1978 with an additional six victories coming over the next 26 years.

The tables have rather turned for him ever since Quiff was first past the line in 2004 though. He’s returned to this one-and-a-half mile contest eight times following that win, entering 10 runners in total but always his fillies and mares have come up short. Will the drought continue or can the veteran trainer scoop another win or two before he retires?