Championship Horse Racing are looking to totally revolutionise the way that horse racing is perceived around the world. In the UK alone, the sport generates over £3.7 billion for the economy each year and with it is the second largest spectator sport in the country.

Whilst prize money is as high as it’s ever been, sponsorship money is massively low compared that of other sports. The Series is going to be designed to change all that in an attempt to get more sponsors involved in an event that will be shown on prime-time TV and streamed around the world.

There’s going to be 12 teams that compete over 36 exclusive flat races taking part over a 6-week period from July through to August. Only horses that are a part of each team can compete and there is going to be huge prizemoney of over £100,000 for each race that will predominantly come from the sponsorship money.

Who Comes up With the Prize Money?

The prize money is going to be generated via a number of avenues but the main will be through sponsorship of the team. Each team will have a main sponsor and with that it will allow them to brand everything from the jockey to the stable staff.

They will have team colours and everything to do with that team will get exposure as a result. There is going to be over £5 million worth of prize money across the whole series and it’s likely going to attract some big names as result. The winner of the series will pick up a £1 million bonus.

How Will Each Team Be Formed?

Each team will start off with a racing manger. It will be their role to look after everything to do with their team and assign horses to each race. The teams will consist of a trainer(s), horse owners, 4 jockeys and a squad of 30 horses. They are able to have more than trainer involved and each must bring at least 5 horses from their stable into the squad.

The racing manager will then determine which horses to put into which race. They don’t need to declare these until the day of the race and there will likely be a fair amount of strategic involvement in this as a result. On race days each of the teams will have their own F1-style pit area. This is where the trainers, jockeys and stable staff will all be, where they can talk tactics and just generally crate a bigger branded area for the sponsors.

The squad of horses will need to remain through the season. But after week 5 there will be a transfer window where up to 6 horses can be replaced in each squad. Horses can come in from the stables of the trainers already involved in their team.

What Is the Competition Format?

Points will be awarded on a race by race basis. The following structure will be in place:

Each of the race meetings will have 6 races per meeting and these races will only be open to horses of the 12 teams in The Series. Each team can only have one runner per race and in the event of a non-runner, they will get no points. 2 horses will be declared from each team for each race 5 days before said race, and then the final horse declared 48 hours before the race starts.

The races will be 0-90 handicaps and for horses aged 3 and up. They will come with “hands and heels” rules and will take place over a wide range of distances, although all will be over the flat and on turf.

How Will the Series “Change” Horse Racing? 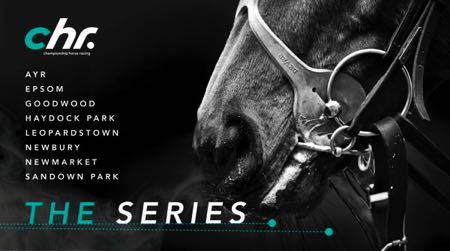 Well, it’s totally new concept and one that, from the outside, looks extremely exciting. There’s lots of money up for stakes and given that the horses maximum rating will be 90, means that they are likely going to be running in then biggest races of their careers.

The team format is not exactly new, given that there are big teams that are behind each horse, but to have all horses pulling in the same direction over so many races should make gripping viewing. It will also likely throw up a few curve balls as well, with horses being targeted in certain races to avoid other horses in their class.

The main change will come in the form of sponsorship and branding. This is what the Series is all about and it’s trailblazing to highlight to companies that they can advertise freely and get massive exposure from the sport of horse racing. If you compare it to sports like football these days, then the sponsorship deals are nowhere near, so this is designed to bridge the gap. If they can pull it off, it means more money coming into the industry. This can only help horse racing and The Series is about as exciting a concept as the industry has seen.