The MotoGP season consists of a series of Grand Prix at different circuits in Europe, Asia, North and South America and Australia.

The tracks used vary season to season, sometimes dropping out if MotoGP to return and sometimes due to a new Grand Prix being added to the calendar.

Below we have overviews of the more widely used circuits with information on the track length, turns and other stats. 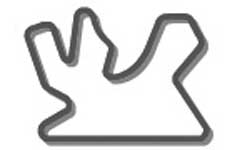 The Losail International Circuit lies on the outskirts of Doha, the capital city. Constructed in just 13 months at a cost of $58 million, it drew lavish praise for its impressive safety standards and facilities as well as presenting a considerable challenge for the riders. The most demanding feature of the WSB race is not the circuit layout, but the sweltering temperatures which can soar to in excess of 41 degrees C and track temperatures of up to 55 degrees. 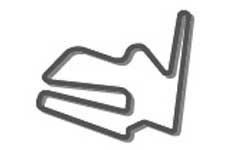 The Twin Ring Motegi track is truly unique. Carved out of seven mountaintops in an area of outstanding natural beauty, it incorporates not only a massive banked oval car track, but also several other circuits and combinations further down the hill, used for everything from driver training to kart racing.

The track itself is a curious combination. Much of the layout comprises somewhat sterile U-turns and short drag-strip straights, but it is enlivened by some difficult faster combinations out on the back loop, after the first underpass beneath the banked oval. 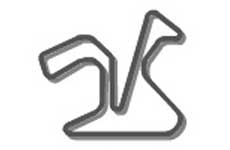 The circuit is challenging, comprising mainly technically demanding medium-speed corners. With no long straight, and hairpins at both ends of the lap, the average speed is low. But Jerez is not a slow circuit, and the fast bends around the back demand respect from the riders. 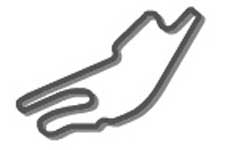 Even though the Bugatti circuit uses only a short section of the track made famous by the 24-hour endurance sportscar race, the 4.180 km (2.597-mile) circuit is still a daunting race track and has a character all of its own.

The French GP first ran in 1951, but has since been on and off the calendar, and chased around circuits ranging from classic public road courses like Rouen, Reims and Clermont-Ferrand to the modern autodromes of Le Castellet and Magny-Cours. 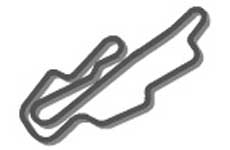 The circuit itself is magnificent, its 5.245 kilometres (3.259 miles) sweeping across both flanks of a steep valley. As with Brno, long medium/fast corners lead one into the next, making overtaking difficult; while the straight sees some of the highest terminal speeds of the year.

It is a challenge for both riders and machines: one of only a handful of tracks remaining where the 990cc MotoGP four-strokes run for any length of time with the throttles pinned wide open. 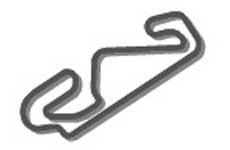 The 4.727 km (2.937-mile) track was built for both F1 and motorcycle GP racing, and this introduces a special complication for riders and technicians. The huge braking forces generated by the cars causes the tarmac to distort on the corner entries.

Historically, this washboard effect has made things difficult for the suspension engineers and even more so for the riders. However, the problem has been alleviated in recent years due to re-surfacing work. 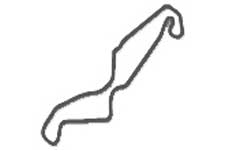 The Assen circuit is revered as the only one of the original six venues of the first Motorcycle World Championship in 1949 that has been on the GP calendar without interruption ever since.

A long lap of 6.027km (3.745 miles) and high average speeds of up to 180 km/h (112 mph) make Assen a something of a challenge. But it’s not just down to engine power: the twisty circuit is uniquely suited to heroically close top-level motorcycle racing. 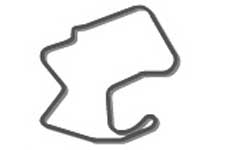 In 2005 the MotoGP fraternity returned to the USA after a 10-year absence. Carved out of a hillside on former US army land in the 1950s, Laguna is a true rider’s circuit whose essential character derives from the dramatic elevation changes. 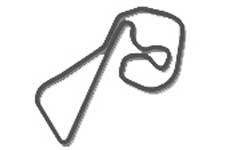 It’s definitely an all-action circuit, and with the mighty MotoGP bikes able to expend only a fraction of their huge power it favours a brawling kind of racing – elbows out, and jostling for every inch of real estate.

The packed grandstands afford a superb view of the action, the track snaking back and forth just below; while the short lap means that the leaders have barely gone out of sight when they are back again. 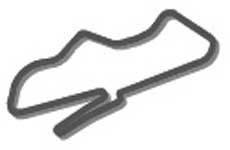 The original Donington track was opened in 1931, and initially used for motorcycle races. The circuit was closed in 1939 due to World War 2, when it became a military vehicle depot. In the early 1970s the circuit was bought by Tom Wheatcroft, who funded the rebuilding of the track, which was re-opened in 1977. 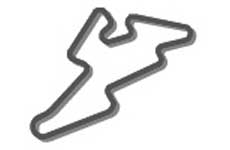 Brno is a magnificent racetrack, built to late 20th century standards but on the scale of the old post-war bike racing classics. Sweeping through pine-clad hillsides, the track drops steadily away through a natural bowl One difficulty for riders seeking to tame the 5.403 km (3.357-mile) circuit is the proliferation of long corners that drop away. The front wheel goes light as the ground falls, so the machines want to skate away into the gravel trap. 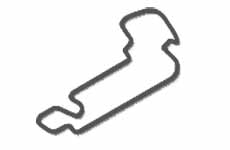 The Red Bull Indianapolis Grand Prix is a motorcycling event held at the Indianapolis Motor Speedway in Speedway, Indiana, United States as part of the Grand Prix motorcycle racing season. Its first edition will take place on September 14, 2008. The race will be sponsored by Red Bull.

Indianapolis Motor Speedway officials have announced that that there will be a new layout for the Grand Prix bikes than when the Formula One cars used to race there. The course will be reversed to an anticlockwise layout, with a new Snake Pit complex just after the start-finish line. The double-hairpin at the Hulman Straight will be replaced with a traditional esses.

Set on the Adriatic coast of Italy, the Misano circuit is an interesting track which creates an off-the-beaten-track feel for the World Superbike Championship. The 4.059km track is all about sweeping corners. The Variento del Parco chicane before the start/finish straight and the long and slow Carro corner onto the back straight both hold the keys to a posting a quick lap time. 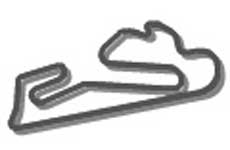 The former host of the Portuguese Formula 1 Grand Prix joined the MotoGP calendar in 2000. Estoril is a track of extremes. The 4.182 km (2.599-mile) lap has one of the slowest average speeds of the year, with a lap record averaging just 153 km/h (95 mph). But in terms of maximum speed, only Mugello saw the MotoGP bikes go any faster than the 341.8 km/h (212.4 mph) recorded by Max Biaggi’s Honda last year.

That tells you a lot about the nature of the track. The fast bits are very fast; the slow bits very slow. There is a long straight entered via a fast corner where the bikes can stretch their legs, but it ends with very hard braking for a tight right-hand corner, and the rest of the lap is slow and highly technical. 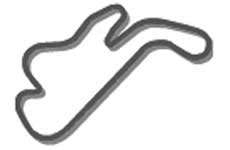 The circuit is splendid, laid out in the 1950s to emulate the long and sweeping tracks of Europe. All but a few of them have been shortened, slowed, and otherwise sanitised. Although there are two hairpins, the rest of the 4.448 km (2.764-mile) lap comprises fast and challenging corners, as it sweeps rapidly round the green fields of a farmland site dramatically overlooking the ocean.

The technical difficulties of the track mean that riding skill plays a bigger part in the lap time than outright power, and this in turn leads to very close racing. 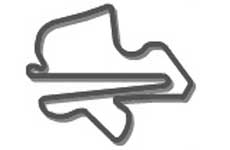 No expense was spared when this state-of-the-art racing facility was built in 1999. The track is designed to combine sweeping inter-linked bends with a clinical end-of-lap section, put together with last-corner battles in mind. The long back straight runs in front of the main grandstand and then makes a slow hairpin turn to run back up the pit straight to the finish line. 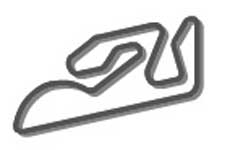 This tight and twisty circuit is the third Spanish race on the MotoGP calendar. The circuit itself is a harbinger of a new type of race track – more akin to the all-action enclosed nature of stadium racing than traditional long and fast tracks.

The 4.005 km (2.489-mile) lap is crammed into the smallest possible area, almost all of it within view from the grandstands on one side, and the packed hillsides on the other. Naturally the corners are tight, but Valencia also has a good long straight, with speeds not far short of 200 mph, which shows how slow the rest of the track must be.