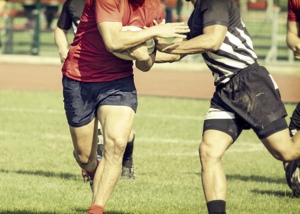 Rugby is popular in many parts of the world, including some you may not expect, such as Canada, Argentina and Namibia. Of course, by rugby, we are talking about two separate sports really, with the 13-man Rugby League and the 15-man Rugby Union both equally enjoyable to watch, play and, of course, bet on. We will try to cover both sports as a whole, as there is little between them from a betting perspective, despite the huge differences in the games themselves.

Rugby league came after union in 1895, through a debate over player payments and in the UK the former is largely seen as the more working class game. Whilst both are enjoyed all over Britain, league is generally speaking more common in Northern England, with union proliferating in most other areas of the UK. Globally the 15-man code is more popular but with both played in numerous countries at international and club level there is always some rugby somewhere for fans (and punters) to enjoy.

How To Bet On Rugby 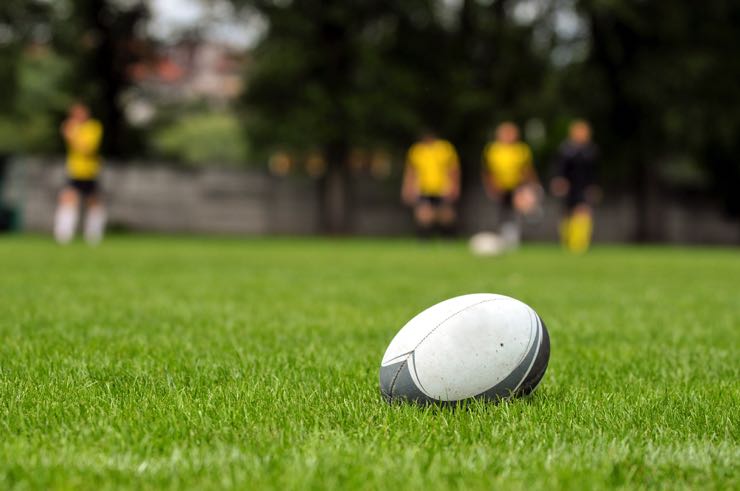 Most of the major rugby bets apply to both codes of the game and that is the case unless otherwise stated. The biggest games will have numerous betting options but below are the most popular bets that are available on most matches. 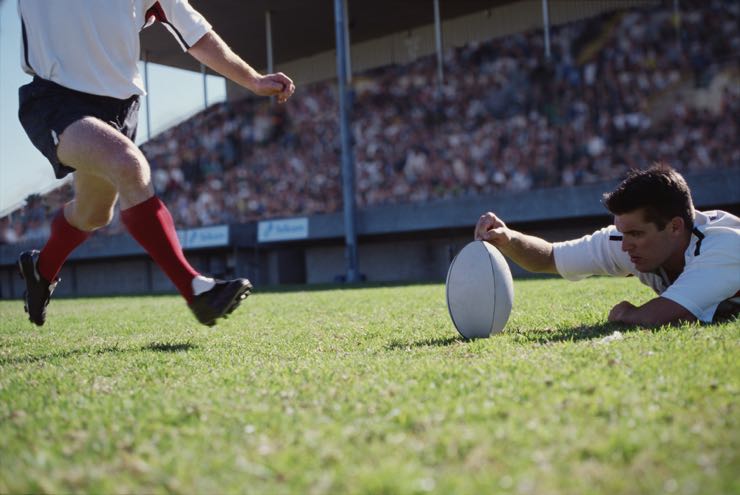 There isn’t really anything to look out for when it comes to betting on rugby, other than the usual issues with postponements and abandonments that apply to most sports. In the unlikely event of this happening check the bookmaker’s individual rules. The only other issue is, again as with many sports, whether or not extra-time is included in your bets.

As a general rule, unless otherwise stated it won’t be, although sometimes if the draw isn’t offered it will be with the understanding that extra-time will settle the bet. It’s also worth noting that penalty tries do not count in the “first tryscorer” market.

Betting on rugby is very much like betting on any sport, with the main key to longterm success being the sports betting triumvirate of research, study and knowledge. By knowing how a team are performing, what their record is in particular conditions or at certain grounds or against certain types of team you can analyse the odds and look for value. With handicap and winning margin betting so popular there is good scope to use this information to find bets where the odds are out of line, with the favourites often fancied to win by more points than they do simply due to the human psychology of betting.

The weather is also surprisingly significant in rugby betting, with wind, rain and a muddy pitch having a large impact, most noticeably on total points betting. If you are able to jump on a bet quickly after a change in the forecast you may get some outstanding value – for example if heavy rain is suddenly forecast the chance the game will be under the total points greatly increases.

Another good trick with rugby is to be aware that some teams tend to be much stronger in the second half. Some teams use the first half to soften the opposition up and aim to tire them out before coming on strong in the later stages of the game. This can open up some excellent opportunities on the half-time/full-time and also half with the most points markets. 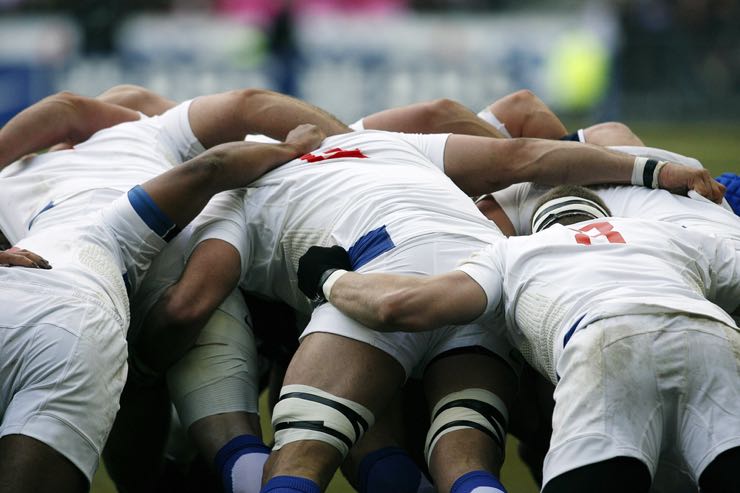 There are two main forms of rugby: rugby union and rugby league. Both are big sports in their own right but, although they are similar, they have a number of differences in the rules they follow. The basic rules are the same, with the aim being to score points through tries, conversations, penalty goals and drop goals over 80 minutes of play, split into two halves of 40 minutes.

One of the big differences between the two, however, is that union has retained the contesting of the ball after a tackle, on the ground, in rucks and through mauls. In league, meanwhile, the defending team, with the exception of two markers, must move back 10 yards once a tackle has been made as long as the tackled player returns to his feet.

Although rugby league has the better viewing figures and a larger fan base in the UK, rugby union gets much more media coverage worldwide. ITV broadcasts the likes of the Rugby World Cup and the Six Nations, whilst Sky Sports show the British and Irish Lions when they tour.

Rugby Union is a popular sport across all continents, with the likes of New Zealand, Australia, South Africa, England, Ireland, Scotland and Wales among the best teams.

The biggest and most prestigious rugby union tournament in the world is the Rugby World Cup. Every four years, the top 20 countries in the world go head to head for World Cup glory. In 2015, England hosted the tournament, with New Zealand going on to prevail.

In doing so, the All Blacks became the first side to win three world titles, with Australia and South Africa lying just behind in joint second with two. The Women’s World Cup also takes place every four years, with Ireland hosting the 2017 edition.

The Six Nations tournament is arguably the second biggest union competition in the world, with England, Wales, Ireland, Scotland, France and Italy battling it out each year. The first edition, known at the Home Nations Championship, was way back in 1883, with just England, Scotland, Ireland and Wales competing.

Nowadays, France and Italy have been added to the mix. Since 2000, when it became the Six Nations, England have been the most successful nation with six titles to their name, including in 2016 and 2017. France have the second-best record with five, although their last triumph came in 2010.

Other nations and continents have their own versions, such as the Rugby Championship (Argentina, Australia, New Zealand & South Africa), Canada Cup (Canada, plus up to three invitational teams) and the Nations Cup, among many other tournaments run annually worldwide.

Another hugely popular event in rugby union is the British and Irish Lions’ tour every four years. The Lions is a team made up of Home Nations players from England, Ireland, Scotland and Wales. Over the years, the Lions have toured Argentina, Australia, New Zealand and South Africa. Over the 37 tours, they have played 117 matches, with a 40% winning record (as of 2017).

The last tour, in 2017, Warren Gatland’s Lions took on New Zealand. In a fascinating Test series, the All Blacks won the first match, with the Lions winning the second. In a tremendous battle in Auckland, the third test was drawn, meaning the series was drawn 1-1-1. Only 11 times since the series begun back in 1888 has it ended in a stalemate.

At club level, there are a vast number of leagues around the world in rugby union. The top league in England, however, is the Premiership. Officially known as Aviva Premiership Rugby, 12 teams contest the league each year. The Premiership was formed in 1987, with Leicester Tigers winning the most titles, with 10 to their name (at the time of writing).

The Champions Cup is the rugby union equivalent of European football’s Champions League, with the second tier Challenge Cup being similar to football’s Europa League. These competitions give the top club sides in the continent the chance to face off against one another in the quest for European glory.

There’s several other prestigious rugby union leagues and tournaments around the world. Super Rugby (Super 15), which is made up of sides from Australia, New Zealand, South Africa, Argentina and Japan, is another hugely popular league.

Then there’s the likes of the Currie Cup, the European Rugby Challenge & Champions Cup, Top 14 and the Guinness Pro12, along with a number of other big leagues and cup competitions across the course of the campaign.

As for Rugby League, on an international level, the Rugby League World Cup is without doubt the biggest tournament for national sides. Since 2013, 14 teams split into four groups, two groups of four and two groups of three, do battle every four years.

Australia are the most successful rugby league nation in World Cup history, winning a superb 10 titles. The 2017 World Cup will take place in Australia, New Zealand and Papua New Guinea.

The Super League, the Northern hemisphere’s top-level rugby league club competition, is arguably the most popular league in rugby league. 12 teams participate each year, with Sky Sports showing live matches and BBC broadcasting highlights. The main domestic cup competition is the Challenge Cup, with the international competitions being the World Club Series and the World Club Challenge.

As of 2017, the league consists of 11 teams from England and just one from France. After the regular season, the top 8 go into a play-off scenario, known as Super 8s. Since its inaugural season in 1996, Leeds Rhinos have been the most successful team, winning seven titles and finishing runners-up twice.

The Challenge Cup is an annual rugby league club competition that includes both amateur and professional teams with most from England but also some from Wales and Scotland. The competition has been running since way back in 1896, since when Wigan have won it 20 times, Leeds 13 times and St Helens 12 times.

The World Club Series is a competition held between teams from the Super League and the Australasian equivalent, the National Rugby League (NRL). Within the competition, there is the World Club Challenge which is a single match played between the champions of the two leagues.