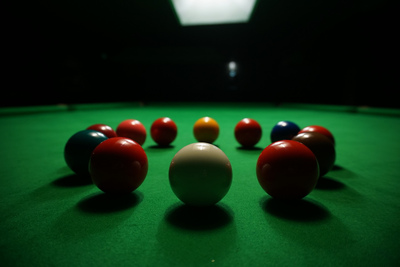 The Masters has been running since 1975 and is widely regarded as one of the most exciting and lucrative tournaments on the circuit. Interestingly, the Masters isn’t actually a ranking event, but given that it’s got one of the biggest prize pools and as part of the Triple Crown of snooker, it’s easily one of the most popular.

The tournament is normally held at the Alexandra Palace in London. The host is actually fairly recent and has only been holding the Masters since 2012, but it’s move came on the back of the need for expansion, such is the success of the tournament. 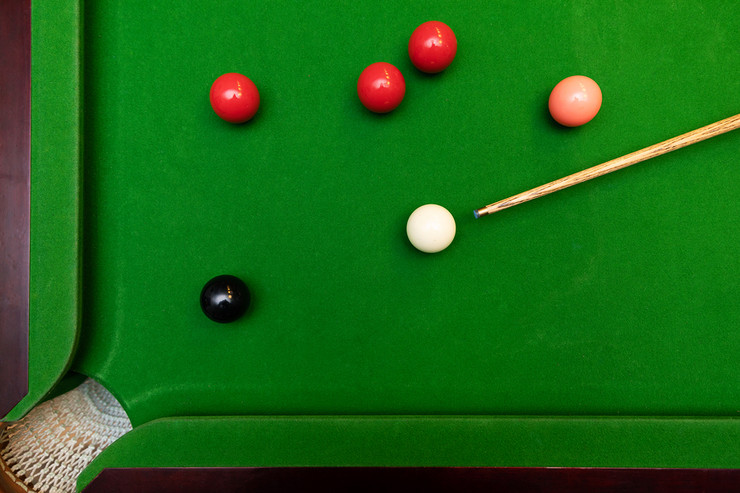 The Masters is unique in that is one of the smallest events on tour with just 16 players competition. It’s often thought that the smaller field sizes make for it to be one of the most competitive events of the year and sometimes the hardest to win as a result.

Players are actually invited to play in the Masters and as we stated earlier, it’s not actually a ranking event. The committee are pretty much free to invite who they want, but as an almost unwritten rule, it’s often the top 16 players in the world.

There are a few exceptions to this though and there are a couple of occasions where this hasn’t always been the case. For example, in 2014 Ronnie Sullivan was reigning World Champion but he was only ranked 24th in the world when the Masters came around. The World Champion always gets an invite along with the previous year’s Master winner, regardless of their ranking. As a result, 16th ranked Graeme Dott missed out on a spot to make space for O’Sullivan. In 2009, Stephen Lee, ranked 9th in the world, was suspended, therefore allowing 17th ranked Mark Davis into the event.

The format of the tournament is pretty short, and it starts with a round of 16, quarter-finals, semi-finals then the final. Each round is played as best of 11 frames, apart from the final that is played as the best of 19 frames.

Number of Frames Played Each Round

The draws have changed quite a bit over the years. At the time of writing, what you will find is that the top 8 players are all seeded and then players ranked 9-16 are drawn against them in a random order. It used to be a case of 1 plays 16, 2 plays 15, 3 plays 14 and so on, but this got scrapped back in 1991 for the format mentioned prior to that. 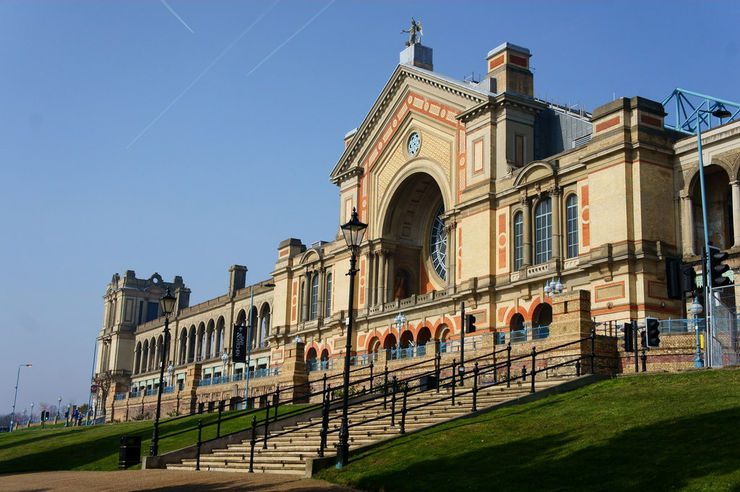 The Masters is usually hosted by at Alexandra Palace, in London. The venue is fast becoming a hub for sporting events, with the PDC World Darts Championship also being held there. Since it’s been running at the Palace in 2012, the Masters has been sold out for pretty much every session year on year, such is the popularity of the tournament and the venue. 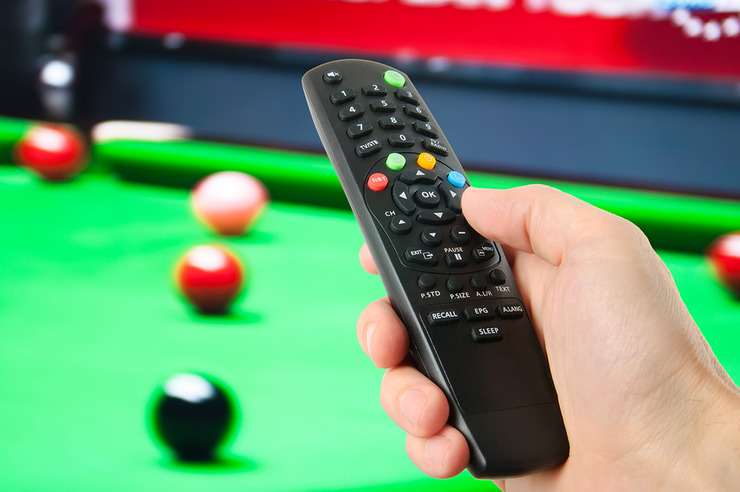 What’s been impressive to see is that the BBC have really backed the tournament offering extensive viewing both on their main channels, via the red button and also online, streaming from their website. The tournament gets as good a coverage as the World Championships and whilst the viewing figures aren’t as big, they are certainly right up there with one of the bigger sports that the BBC cover.

Obviously, as players progress through each round they are going to be able to earn more prize money. The layout below highlights how much players get for each round of the latest Masters.

Ronnie Sullivan is the most decorated player in Masters history, winning on 7 different occasions. It’s also worth noting that Ronnie has also appeared in 13 finals, more than any other player. Closely followed to O’Sullivan is Stephen Hendry who won 6 titles between 1989 and 1996. It was Hendry’s first major win and he reeled off 5 wins in a row from 1989 to 1993, the longest winning streak in the tournament’s history.

Unfortunately, John Parrott has the record for most Masters final without a win, with 3 in total. There have been 3 maximums to have been made in the tournament, each of which coming from an overseas player. The first was by Kirk Stevens in 1984, next was Ding Junhui in 2007 and in 2015 Marco Fu scored a third. 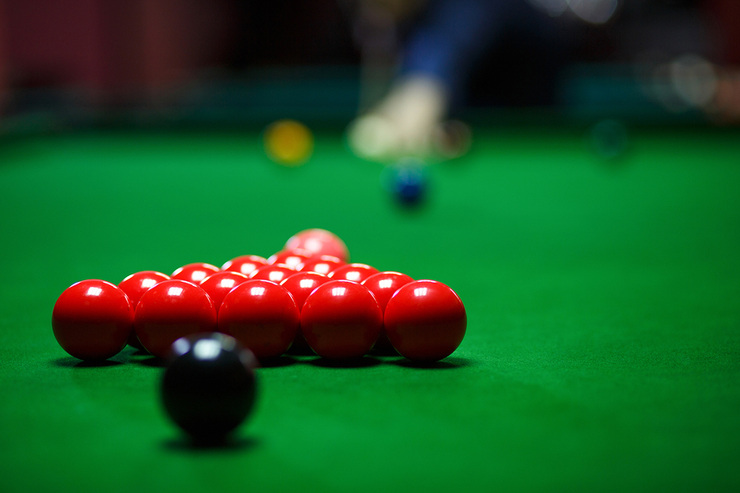 It was 1975 when the first Masters was held and it was hosted by the West Centre Hotel in London. The top 10 players in the world were invited to come and play. John Spencer eventually wont the first Masters tournament, beating the legend, Ray Reardon, 9-8 in the final.

The event stayed at the West Centre Hotel for just one year, before moving to the New London Theatre the next year and then changing again, to the Wembley Conference Centre, which hosted from 1978 through to 2006.

The first change in format came about in 1981, where the number of players invited was increased to 12. Just two years later, the format was increased again to include top 16 ranked players in the world, which is the same as you see today.

In 1990 the sponsors, Benson and Hedges, decided that it would be a good idea to include two wild card spots, just in case there were exciting players that weren’t apart of the top 16 to come and compete. This meant that players ranked 15th and 16th would play against two players selected by the sponsors to gain qualification into that season’s Masters.

In 2003 the long-term sponsorship deal with Benson and Hedges came to a close when the advertising of tobacco products was prohibited for sporting events. Since then the tournament has seen a host of sponsors, including Riley’s Club, SAGA Insurance, Pokerstars.com, Ladbrokes, BGC, Betfair and most recently, Cazoo.

By 2005 the tournament moved once again as the Wembley Conference Centre was due to be demolished. It switched to Wembley arena, before moving to the Alexandra Palace in 2012, though the 2021 tournament took place at the Marshall Arena in Milton Keynes. The qualifying rounds and wild card rounds were removed from the 2011 event and it went back to simply being the top 16 players in the world.

Ronnie O’Sullivan is regarded as one of the most entertaining players to have played the game. His speed around the table and ability to play both left and right handed means he is a sponsors dream as he attracts a huge number of people to come and watch him alone play.

The Masters has been very kind to Ronnie, winning on seven occasions and overtaking Stephen Hendry’s record of six wins by beating Joe Perry in the 2017 final. Outside of the Masters, he has won 38 ranking events in his career, with six World titles, and will go down as one of the greatest players of all time.

Paul Hunter was a rising star in the game of snooker until his untimely death in 2006. He had managed to win three Masters titles in 4 years from 2001 to 2004 and was widely regarded as one of the best in the game.

His death aged just 27 meant that a huge void was left in the snooker world. Whilst many called for the renaming of the Masters trophy to be after Hunter, it was initially decided that instead they would rename the scholarship for young players to the Paul Hunter Scholarship, a system that Hunter himself came through. But, after over a decade, it was decided in 2016 that the trophy would be named the Paul Hunter Trophy after the three-time champion.