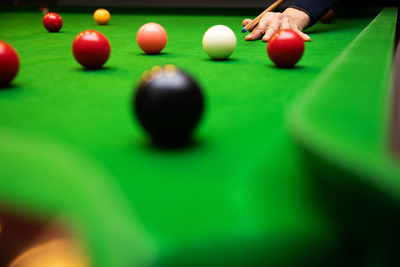 The World Snooker Championship is the pinnacle of the sport and the one event that all players are desperate to win. By taking the world title you go down as one of the best to have played the sport and with it, immortalise yourself in snooker history.

The tournament is held at the world-famous Crucible Theatre, which is in Sheffield, England. It’s been running since 1927 and is also the oldest tournament on the snooker calendar. As the season finale, it’s the one that the players are all geared up for. Twelve months of preparation is required to even get on the table, let alone win the event, such is the structure of the World Snooker Championship.

About the World Snooker Championship 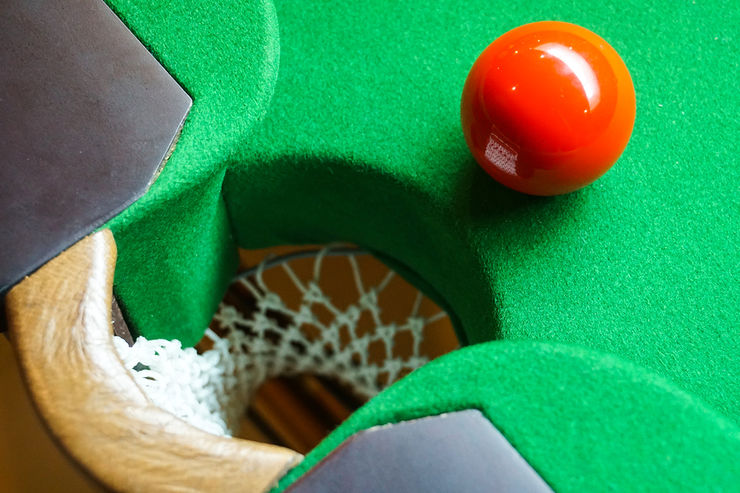 The tournament actually has a pretty small field, with just 32 players in total taking part. But, there are extensive qualifying rounds prior to the start of the main event, which means that a wide range of players are still able to gain entry.

The top 16 players in the world are the only automatic qualifiers for the event. The other 16 spots are made up from qualifying rounds. These rounds have around 120 players in total who are required to win three best-of-19 frame matches in that time. The top 16 places from the qualifying then gain entry to the first round proper. These preliminary matches take place a couple of weeks before the start of the championship.

The draw is then made between the 16 seeded players who gain automatic qualifying and the 16 qualifiers. This makes up the full first round draw where the 32 players are then starting their quest for the World Snooker Championship. 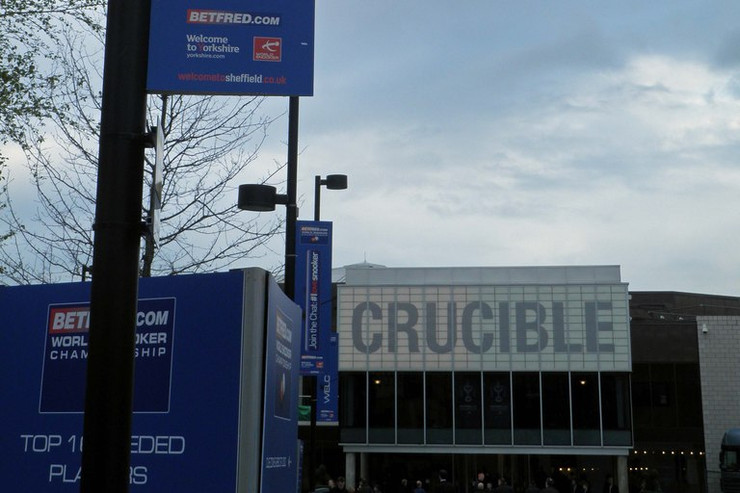 The World Snooker Championship is played at the Crucible theatre and has been since 1977. It’s now more of an institution than simply just a venue for the tournament with players and fans flocking to it from all parts of the world.

The Crucible is in Sheffield and is often referred to as the home of snooker. Whilst best known for snooker, it also hosts a number of other events such as theatrical performances and musicals.

Throughout the early round of the World Championships, there are two tables that are in operation at any one time. They pull a screen across the middle of the playing floor and with it create almost two auditoriums. There are just shy of 1,000 seats in total, which isn’t the biggest venue on tour, but it’s right up there. 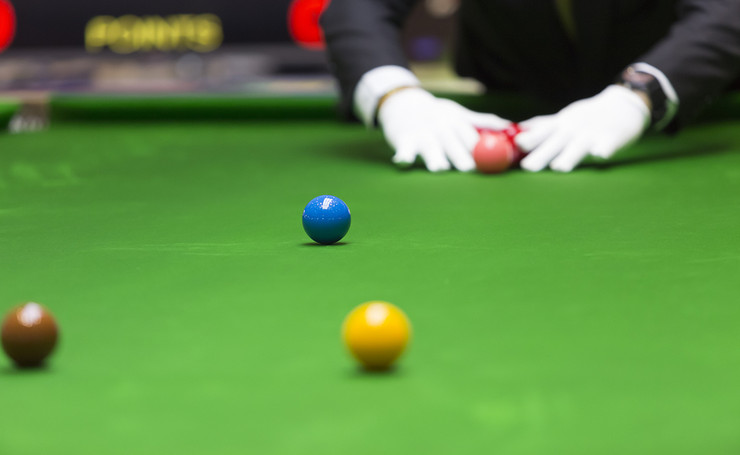 The World Championships have the longest matches that the players will contest all season. It starts off with the best of 19 frames in the first round, before working its way right through to best of 35 frames in the final. If at any point a frame is tied on points, then a re-spotted black will take place and then it’s the first player to pot the black that wins that frame.

Obviously, with so many frames to play, it can take hours for matches to complete. It’s for this reason that games are split between intervals. There are usually 4 intervals per match and with it are split into a certain minimum or maximum frames within that interval.

Frames Played by Round & Schedule for 2022

The tournament is the richest of any on the main tour, coming with a total prize pool of £2,395,000 in 2022. The winner of the event takes home £500,000 in total, which again, is the highest payout of any event in snooker. The following chart shows a breakdown of the payouts for players in each round. 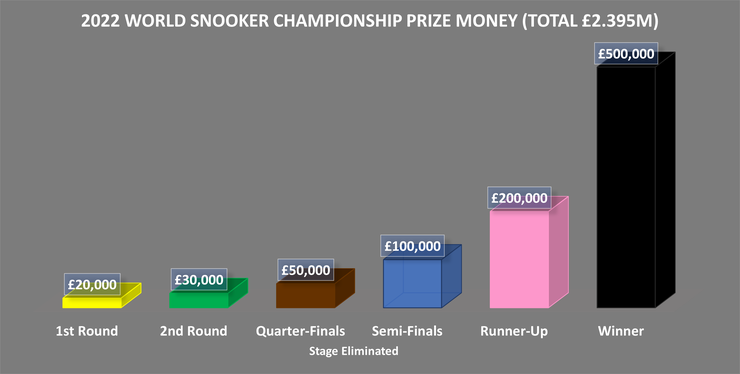 In the last 10 years or so, the amount of money that is on offer has pretty much doubled from £980,000 in 2008 to almost £2.4 million in 2022. The money that is coming in has mainly been through sponsorship and the work that Barry Hearn and Matchroom sports do for the sport behind the scene.

Sponsors have played a huge roll in the success of the World Snooker Championship. For all but two years from 1969 to 2005 the sponsors have been tobacco companies. The most famous was Embassy who sponsored the tournamnet from 1976 through to 2005. A change in legislation from 2003 onwards stated that tobacco companies were no longer allowed to sponsor sporting events due to the health risks caused from smoking.

Since then snooker has moved away from tobacco and have been sponsored by betting companies as a result. Brand such as 888.com, Betfred, Betfair and Dafabet have all been main sponsors for the tournament. 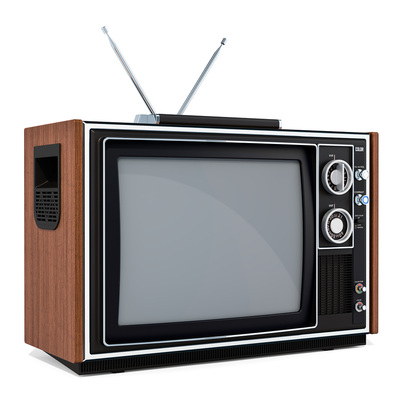 One of the reasons why the sport has been so popular has been down to the fact that for the majority of years it’s ben viewable on terrestrial TV. The BBC have been long-time hosts of the World championship after first showing the event as early as the 1950s.

The progress and amount of snooker that was shown on TV took several years to develop. They first started showing highlights of the semi-final and final, before then being able to provide viewers with longer format highlight shows of earl round matches as well.

By 1980, daily live coverage of matches started to be implemented and this was at the same time when the ‘boom’ years of snooker started to take effect. Since then the BBC have been at the forefront of snooker on the TV and now show several live matches each day as well as extended highlights packages on the night.

The viewing figures have dropped off from the mid 80s, where 18.5 million people tuned in to watch an iconic final between Steve Davis and Dennis Taylor. In more recent times the finals have averaged around 3.5 million, which is still a pretty decent return, although not scaling the heights of yesteryear.

The most successful players to have played in the World Championships in the modern era are Stephen Hendry and Ronnie O’Sullivan. Hendry managed to win 7 titles in total form his 27 appearances, giving him a win rate percentage of 25.9%. This rate is only bettered by Ray Reardon, who won 6 titles from his 19 appearances, which is a staggering 31.6% win ratio. O’Sullivan’s titles spanned 21 years and became the oldest ever winner of the tournament at the age of 46.

Hendry also holds the records for most finals with 9 in total and is joint top with the most 147 breaks (3), with Ronnie Sullivan.

Since the best of 35 frame final came into play in 1980, the shortest match in the tournament’s history came in 1989, when Steve Davis steamrolled John Parrot en route to his 5th and final Championship title. The longest game was in 2002 when Peter Ebdon beat Stephen Hendry 18-17. The match was notable not only in score, but also that is was the last time that Hendry would play in the final at the Championships after winning 7 titles. 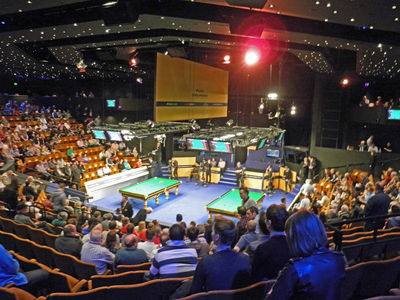 Snooker is dated back to around the mid 19th century when a format of billiards was adapted. The game had the current set up of red balls and colours and soon took off in popularity by the end of the century. The name came from a slang term, which meant inept, but it was something that caught on and was widely referred to as the game they were playing. It was Sir Neville Chamberlain who came out as the founder of the sport, although this was some 64 years after it had been first played.

The first World Championships were held in 1927 and included the top 10 players in the world along with professional billiards players as well. After the draw was made, players needed to make their own arrangements over when their games were played and had to play be a certain date. However, the semi-final and the final were both played in Birmingham to attract crowds to watch.

The first official match was played between Melbourne Inman and Tom Newman at Thurston Hall, London. The snooker, however, was seen as a side event to the billiards that was being played at the same time. The format of the games were long and played over several days. It was Joe Davis that was eventually crowned the champion.

The move to the Crucible came about in 1977. The sport was continuing to grow and the standard of tables that players were playing on previously at different venues was causing much unrest. The Crucible has since hosted every World Championship match and is widely regarded as the best place to play snooker in the world. 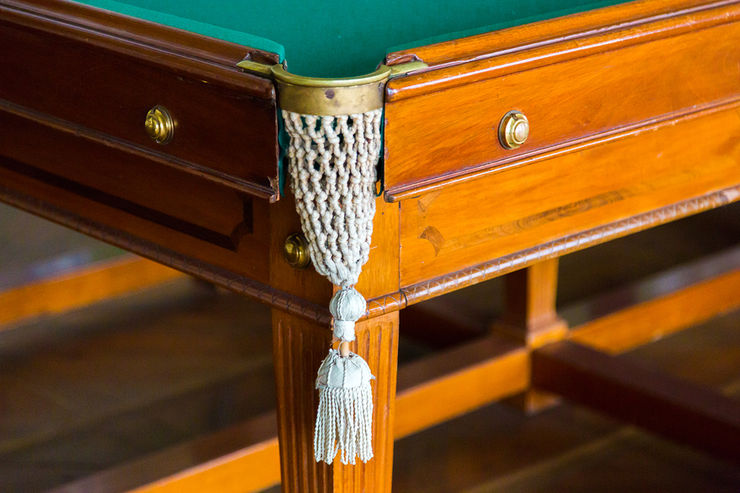 Before the modern era started in 1969 and the tournament moved to a knockout format, Joe Davis was the greatest player the world had seen. He’d won 15 Championships in a row, but what was probably most impressive was that all 15 were won consecutively from 1927 to 1946.

For many years he was the oldest World Snooker Champion as well, winning his last tournament aged 45 years and 33 days. On top of that, he was also World Billiard champion 4 times between 1928 and 1932. Davis was the oldest champion until Ray Reardon won at the age of 45 years and 203 days in 1978. Reardon’s record would stand until 2022 when Ronnie O’Sullivan became champion aged 46 years and 148 days. 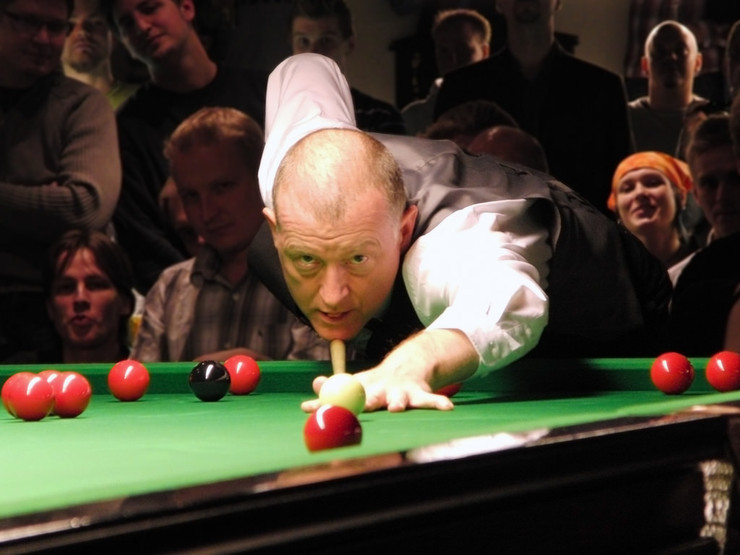 Steve Davis was often referred to as the poster boy of world snooker back in 70s. He’d been able to burst on the scene as a young player and throughout the 1980’s was dominant in the sport. Davis managed to win 6 titles in total from 1981 to 1989, in what is described as the Golden Generation of snooker.

He had a very slow and deliberate style and won a fair few matches just through the frustration of his opponents mounting. He’s also been involved in what was probably the most exhilarating final of all time in 1985 when he lost out to Dennis Taylor 18-17. The game went down to the final black of the final game, with both players having chances to win the match. It was Taylor who managed to hold his nerve and get over the line in front of a UK audience of over 18.5 million, a record for the sport that still stands today.

The Triple Crown is made up of the three major snooker titles, they are the UK Championship, The Masters and the World Championship. There are only 11 players that have achieved the feat of winning each of these at least once. They are Steve Davis, Terry Griffiths, Alex Higgins, Stephen Hendry, John Higgins, Mark Williams, Ronnie O’Sullivan, Neil Robertson, Mark Selby, Shaun Murphy and most recently Judd Trump.