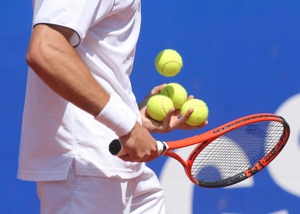 Though the rules of tennis haven’t changed much since the 1890s, the popularity of the sport has grown incredibly in terms of participation, the number of spectators, and of course the money involved. With numerous professional tournaments for much of the year, in locations all over the globe, tennis has never been more popular and is increasingly being seen as a great sport on which to bet.

The four Grand Slams – the Australian Open, the French Open, Wimbledon and the US Open – are the most prestigious tournaments of the tennis season, though many events run by the Association of Tennis Professionals (ATP) – for men – and Women’s Tennis Association (WTA) – women, obviously – are held in high regard by players and fans alike and attract a lot of interest from bookmakers and punters.

How To Bet On Tennis 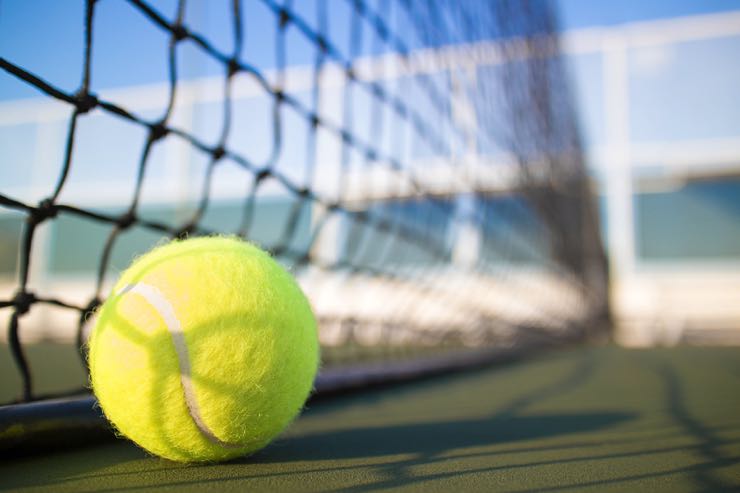 As with many sports in which two players or teams compete against one another, many of the bets available to place on tennis are simple to understand. There has been a big increase in the number of bets available in recent years, especially on Grand Slams – both individual matches and on the overall outcomes. Here we shall outline some of the more popular among them.

There are various betting rules associated specifically with tennis that are worth being familiar with prior to betting your house on Andy Murray to win the next three Wimbledon tournaments (don’t actually do that, by the way!). Firstly it is not uncommon for a player to withdraw from a match due to injury, and while bookies may vary on this, generally match bets will be settled based on the declared winner, that is the one who didn’t withdraw (or suffer a disqualification).

As usual it is important to check the specific rules with your chosen bookie – especially if you are going in with big stakes – as some bets will be voided if, for instance, the first set is not completed for whatever reason.

When betting on tennis there are some simple rules to follow, in the men’s game at least: 1. don’t bet against Nadal at the French Open; 2. don’t bet on anyone playing against the Big Four, ever. Of course, as time goes by there are sure to be other players who challenge the dominance of the usual suspects, and picking these out before they make the full breakthrough to the big time could be your ticket to riches.

Studying the form of the younger players further down the rankings, in both the men’s and women’s games, could lead you to a great chunk of value when they are drawn against a previously fine player who is reaching the end of their peak. This might not necessarily mean the day Federer loses in the first round at Wimbledon to a wildcard rookie, but rather when a player who has been clinging on to a top-10 ranking for a couple of seasons faces a young, energetic, hungry competitor who has been showing signs of vast improvement in the months leading up the tournament. Research, as ever, is the key.

There are, though, certain patterns that you can look out for. For example, some players, and Andy Murray was especially guilty of this until very recently, will often win their matches but rarely without conceding a set. As such, he will offer good value in the 3-1 set betting, as many will automatically assume he should win 3-0 against massively inferior opponents. Other things to look out for are slow starters – does a player regularly lose the first set but still come back to win? There are lots of similar traits and trends that can help you when it comes to placing successful bets on tennis but, as said, you have to put in the time to find them.

Tennis is an extremely popular sport worldwide, as spectators pack out venues around the world to watch their favourite stars, while millions tune in to watch the Grand Slams on the television. The International Tennis Federation is the governing body for world tennis, organising the likes of the Davis Cup, Fed Cup and Hopman Cup on an international level.

The ITF also organise the four Grand Slam tournaments each year – the Australian One, French Open, Wimbledon and US Open. The Grand Slams are certainly the pinnacle of the sport, with enormous amounts of prize money at stake.

In recent times the second tier of events, the ATP 1000 Series for men and the Premier Mandatory events for women, have taken on greater significance too. In addition, between the Slams and these regular tournaments in terms of prestige, come the respective year-ending tour finals events.

Tennis is unusual in top level sport in that the media coverage, prestige and prize money in the men’s and women’s games are fairly equal. That has not always been the case but it remains a fine model for other sports to aspire to in this regard.

The Australian Open is the first Grand Slam tournament of the year, held annually over the last fortnight of January at Melbourne Park, Melbourne. The championship has been going strong since 1905, on grass until 1987, then hard surface since 1988.

In 2017, the prize money stood at a whopping $50,000,000, with Roger Federer coming out on top. At the time of writing, Novak Djokovic has won the most Open era Australian Open titles, with six to his name. As for the women, Serena Williams’ seven titles are the most in the Open era.

The French Open, held at the Stade Roland-Garros in Paris each May-June, is the second Grand Slam tournament event of the year. This championship in the French capital is tennis’ premier clay court event. With the seven rounds needed to win the title, coupled with the slow-playing surface, the French Open is considered to be the hardest, demanding and most physical Grand Slam event.

Rafael Nadal is known as the ‘King of Clay’, having won an unrivalled 10 French Open tournaments on this unforgiving court. As of 2017, Nadal has won 10 of the last 13 championships, with his first coming in 2005.

Played on grass, Wimbledon is the oldest and arguably most popular tennis tournament in the world. Held at the All England Club in Wimbledon, London, the Wimbledon crown is a trophy that everybody wants to win. Kicking off in July each year, we’re always guaranteed two weeks of drama and world-class tennis. With so few events played on this surface there is an extra special feel to Wimbledon, one that is enhanced by the many traditions surrounding it.

Britain’s Andy Murray is a two-time Wimbledon champion (as of 2017), with his first title coming in 2013. Back then, Murray became the first British player to win Wimbledon since Fred Perry won way back in 1936. Martina Navratilova is currently the most successful woman at Wimbledon, with nine titles to her name, the last coming in 1986. In terms of the men, Pete Sampras and Federer head the Open era list with seven titles (prior to the 2017 tournament).

The final Grand Slam event of the year – the US Open – takes place at the USTA Billie Jean King National Tennis Center in New York City, New York, United States. The championship has been a hard-surface event since 1978 to present day, with the prize money standing at $46,300,000 (as of 2016).

The US Open is held annually on the last Monday of August, continuing for two weeks until September. At the time of writing, Richard Sears has won the joint most men’s titles (in the Amateur era), with all seven coming in consecutive years. Federer has won the US Open five times, five years in a row from 2004 to 2008. The most recent champions are Stan Wawrinka and Angelique Kerber. Two women, Chris Evert and Serena Williams, top the Open era list, both having triumphed at Flushing Meadows six times.

In both the men’s and women’s game there are season-ending championships that rank just below the majors. The top seven men in the world rankings prior to the ATP Finals qualify automatically. The final player to make the grade is either the highest ranked Grand Slam winner not already qualified, or the eighth ranked player.

The World Tour Finals have moved around numerous times since the event was first held in 1970 whilst the name of the competition has also changed. Since 2009 the Finals have been staged in London. Federer has continued his tennis love affair with the city and his two wins, taking him to six in total, make him the most successful man in the history of this tournament.

The women’s tour has a very similar event, previously known as the WTA Tour Championships but now just the WTA Finals. As with the men’s equivalent, this boasts the most prize money and ranking points outside the Slams. Also as with the World Tour Finals, the top eight battle it out via a round-robin, semis and then final.

The most successful woman in the history of this event is Martina Navratilova, with an astounding eight victories. When we include the legend’s doubles championships (as with the men, the woman’s event also features doubles), that jumps to an even more impressive 13.