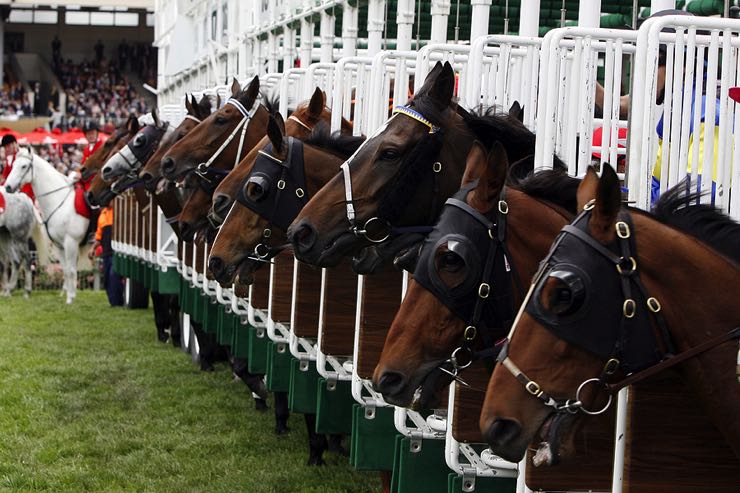 Rule 4 has stung many a horse racing punter and if you don’t know about it and things go against you it can be quite a shock. It can also seem incredibly difficult to understand but with a few basic piece of information – the most basic being that it exists at all! – you can avoid any nasty surprises.

Rule 4 is an industry-wide deduction from winnings predominantly applied to horse and dog racing but occasionally other sports too. It comes into effect after the final declarations for a race have been made and you have taken a price on a runner (as opposed to taking the starting price) and there is subsequently a non-runner in the race.

Note: The rule does not apply to ante-post bets as they are not affected by non-runners. In this scenario a bet on a horse which doesn’t run is settled as a loser, rather than being made void and allows bets on the reminaing horses to stand at the odds that were originally placed.

Imagine in a three horse race with odds of evens, 2/1 and 7/1 and you back the favourite at evens (or 2.00 in decimal) and then shortly after the horse priced at 2/1 is declared a non-runner. It would not be fare on the bookmaker if they had to pay out at evens because now your horse is in a two horse race against a huge outsider. Before you say, “well, that’s tough” imagine you had backed the non-runner – you’d expect your stake back, wouldn’t you?

Rule 4 deductions only come into effect after the final declarations are made and this is usually around 24 hours prior to the race, although it can be sooner. Before that punters don’t get a refund of their stake for non-runners and so the bookie is able to honour the original price. Great fortune if you backed a horse that is still running but not so good if your bet is lost before the horses even get to the post.

The rule applies to returns should you be lucky enough to make a net win and the level of your deduction depends on the odds of the horse or horses that were withdrawn, not the odds of the horse that won. Imagine in our example above that the 7/1 horse is a non-runner. That has less impact on the relative odds of the remaining horses as the 7/1 shot only had a small chance of winning anyway. In reality, the even money shot becomes an odds-on favourite and the 2/1 shot shortens to a little over evens, reflecting the new likelihood of the horses winning.

How Rule 4 Is Calculated

Rule 4 is calculated as a percentage deduction on winnings, so a 7/1 withdrawal creates a 10p in the pound, or 10% reduction, as per the deduction tables used by the bookies (see below). Obviously if a huge favourite, a Frankel for example, becomes a non-runner, all the other horses suddenly have a much greater chance of winning and so the deduction is far greater, as high as 90p in the pound if the favourite was 1/9 or shorter.

Rule 4 can seem like a terrible thing when it impacts your winnings but remember two things. Firstly, every time you get a non-runner refunded, someone else has taken a Rule 4 hit and secondly, your horse may well have only won due to the absence of the non-runner.

Below you’ll find the standard table of deductions for rule 4 as defined by the Tattersalls Committ Rules on Betting that’s used as standard by the industry, and as such enforced by most bookies. Having said this, some of the bigger UK bookmakers actually make no deductions for the lowest entry in the table (the 5p rule) for horses with odds of 10/1 or greater.