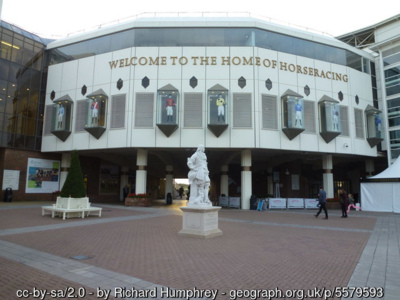 The importance of the races lies in their history as much as anything else and with it have seen some of the finest flat racehorses to have ever graced this planet. Both are run on the Rowley Mile at Newmarket racecourse, known by many as headquarters, every year in either late April or early May.

The races make up part of the five classics, contests run exclusively for three year old horses, known as the classic generation. They are the opening legs of British racing’s Triple Crown and Fillies’ Triple Crown, followed later on in the season by the Oaks and Derby at Epsom and the St Ledger from Doncaster.

The flat season rapidly moves up a gear with Newmarket’s excellent Guineas meeting. The two star races are the 2000 Guineas on the Saturday and the 1000 Guineas the following day. 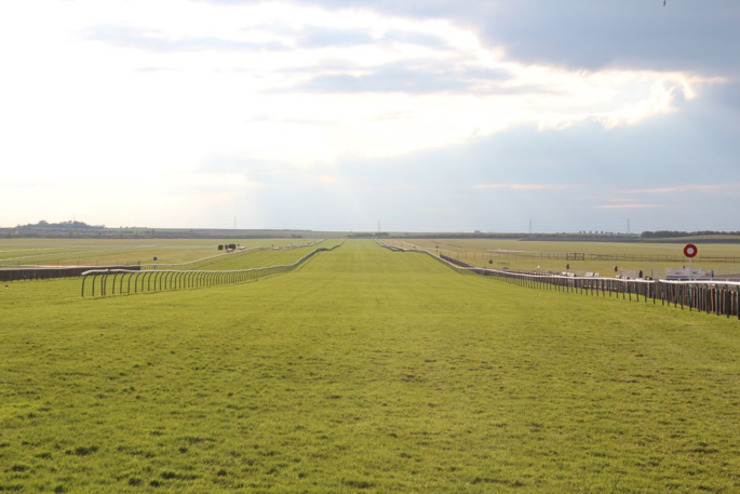 Image by Alarnsen from Wikimedia Commons

Situated in Suffolk, England, Newmarket is often referred to as the headquarters of British Horse Racing. The site is able to host over 45,000 fans, making it one of the biggest, but Newmarket is also famous for having more horse racing stables per square meter than anywhere else in the UK and is a real hub of horse racing activity.

The course has been open in some form since 1667 and is one of the oldest racing clubs in the UK. The sheers size of the site means that Newmarket are actually able to host a number of different course layouts within their grounds, including The Rowley Mile Course, The July Course and the Round Course, although the latter is only used once a year for the Newmarket Town Plate.

Both the 1000 and 2000 Guineas are run on the Rowley Mile Course, which offers a 1 mile straight. Whilst the official racing length is 1 mile, it actually measures 1 mile, 2 furlongs, with the final two furlongs leading to the bushes at the back of the racecourse, meaning horses do need to pull up relatively quickly.

Another little quirk regarding the track is the now very famous dip. The course is actually downhill for the second to last furlong and then up hill for the last furlong. This may not sound like a huge difference given how relatively short the incline and decline is, but it has a huge effect on the horses. As the decline is relatively gradual, you would be forgiven in thinking that there is little to no drop. The last furlong however has a sharp incline, which often catches horses off-guard, so it’s up to the jockey to plan for this.

Interestingly, the Rowley Mile is often used as a grass strip landing zone for aircrafts in the RAF from the neighbouring RAF Newmarket. 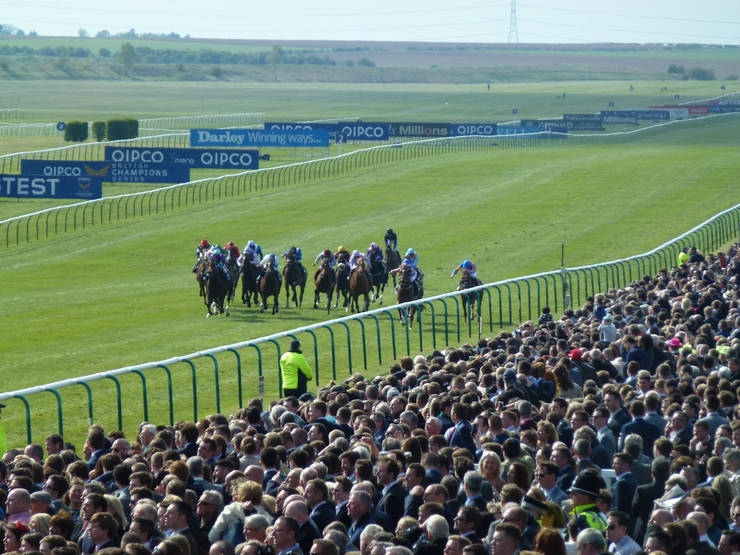 First run in 1809, the 2000 Guineas is about as important a horse race as you will find, and one of the oldest as well. The race is a Group 1 outing for three-year-old thoroughbred colts and fillies, excluding geldings.

The 2000 does have a number of trail races in the form of the Caravan Stakes and the Greenham Stakes. As the race comes very early in the year, for many horses the 2000 Guineas will be the first race of the season, so they often come in fresh, with fast times to highlight that. Interestingly, many see the 2000 Guineas as a trial for the Derby, but racing fanatics think that this degrades the stature and history of the 2000 Guineas. 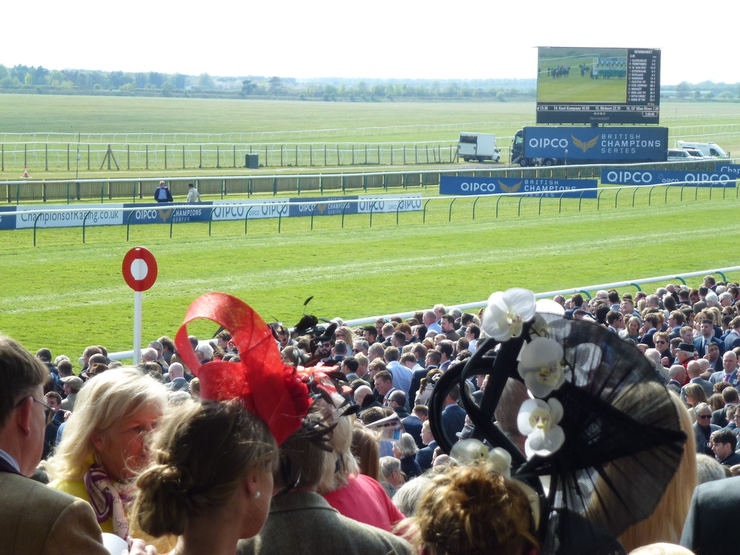 The 1000 Guineas came in just 5 years later than the 2000, in 1814. The race was set up to be targeted at just fillies, and so only fillies are able to enter this race. It takes place the day after the 2000 Guineas, but both on the same course and over the same distance.

Just like the 2000 Guineas, the 1000 has several trail races which include the Nell Gwyn Stakes and the Fred Darling Stakes. Again, the 1000 is often referred as a trail race of its own, this time for the Oaks. 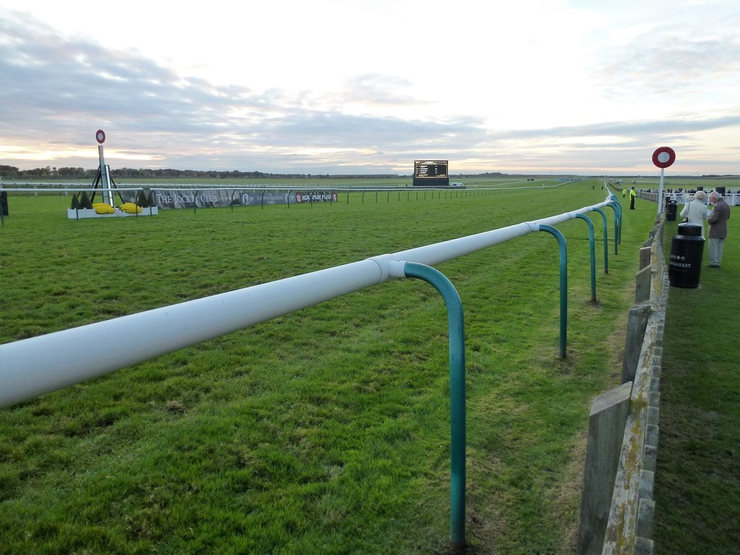 A race that is over 200 years is going to create a heck of a lot of history, and the Guineas are no different. With the 2000 Guineas, the most successful trainer of Aiden O’Brien, who has had 10 winners over the years, with his first coming on King of Kings back in 1997, the latest being Magna Grecia in 2019.

The leading jockey is Jem Robinson, who’s rode 9 winners in total, mainly coming from the early to mid 19th century. In more recent times the likes of Frankie Dettori, Kieran Fallon, Ryan Moore, Pat Eddery, Willie Carson and Lester Piggott have all had success within the 2000 Guineas.

The 1000 Guineas has also seen a host of different winners, with the most successful jockey being George Fordham, with his winners coming between 1859 and 1883. The most successful trainer in the race is Robert Robson, with the majority of his wins coming in the early 19th century. What’s probably most remarkable about Robson is that his 9 winners came within a 10 year span during the early years of the race.

Again, more modern times have seen the likes of jockeys such as Frankie Dettori, Ryan Moore, Kieran Fallon and many others see success from this contest.

The Triple Crown is seen as one of the pinnacles in flat racing and has been achieved by just 15 horses over the last 160+ years. The 3 races include the 2000 Guineas, The Epsom Derby and the St Leger Stakes, three of the UK’s most prestigious horse races.

The feat is very rare and the last horse to compete it was Nijinsky in 1970. There have been several failed attempts throughout the years of horses winning both the 2000 Guineas and The Derby, before losing out in the St Leger, with the most recent being that of Camelot in 2012, eventually finishing second in the St Leger to Encke.

The Fillies Triple Crown includes winning the 1000 Guineas, Epsom Oaks and the St. Leger Stakes. Again, just as rare as the Triple Crown, with just 9 successful horses, the most recent coming in 1985 with Oh So Sharp.

As with the colts, fillies even winning two of the three classics is a quite rare occurrence. Love in 2020, Minding in 2016 and Kazzia in 2002 won both the 1000 Guineas and Epsom Oaks though none of these horse attempted the St Leger. 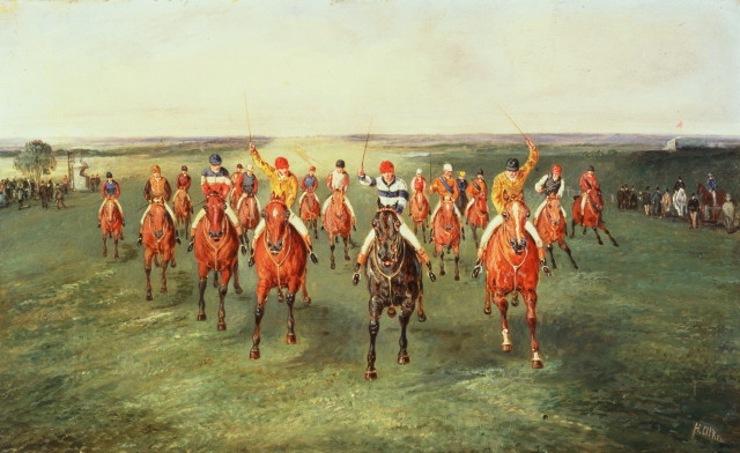 The race was the brainchild of Sir Charles Bunbury, who was, back in 1809 when the 2000 Guineas was first run, head of the Jockey Club. It was designed to be fast and exciting and also allow the race to attract some of the best sprinters and flat racing horses from across the world.

To lure punters the race needed a name and they opted for the 2000 Guineas. The name actually reflects the prize money that was up for grabs at the time. Back then 1 Guinea was worth around £1.05 in modern money, making the total prize fund around £2,100.

The inaugural race, run in 1809, was won by Wizard, who was trained by Tom Perren and rode by Bill Clift.

The 1000 Guineas came 5 years after the first 2000 event and again, was founded by Sir Charles Banbury. This time the race was aimed at 3 year old fillies, but obviously came as a half as much in prize money. The two races kept a distance between the overall amount of money for each race until 2001, where it was decided that both races should be equal given the following and stature they both has as two of the 5 Classics. 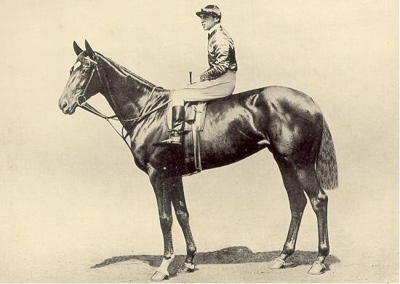 Pretty Polly is one of the most successful horses in British Racing history. Born in 1901, she was owned by Eustace Loder and trained by Peter Gilpin.

As a two-year-old in 1903 she won all nine of her races including the Champagne Stakes, Cheveley Park Stakes and the Middle Park Stakes.

As a three-year-old in 1904 Pretty Polly was able to win the 1000 Guineas and followed that with wins at the Epsom Oaks and the St Leger Stakes, to complete the Fillies Triple Crown. She also won the Nassau Stakes and Coronation Stakes that year amongst others.

Overall Pretty Polly won a staggering 22 of the 24 races that she took part in and at one point won 15 races from 15 starts between her two-year-old campaign and the following classic season. This run only came to an end in the October when finishing second in the Prix du Conseil Municipal at Longchamp. 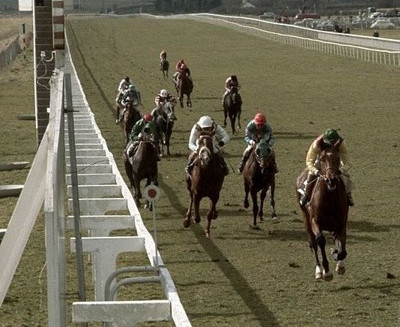 Born in 1967 in Canada, Nijinsky was one of the most popular and successful horses in the world, renowned for his raw pace and relentless stamina. His successes came in the late sixties and early seventies, amassing an incredible $677,000 in prizemoney throughout his career.

Nijinsky made history in 1970 when he became the first horse in 35 years to go on and win the illustrious Triple Crown. Not only that, but the legendary Lester Piggott was on board for all three of these races, trained by Irishman Vincent O’Brien. This year Nijinsky also took the Irish Derby and the King George VI and Queen Elizabeth Stakes.

The horse was so successful and so dominating that many regard Nijinsky as the greatest flat racing horse of the 20th century.

Frankel is probably one of the best known racehorses in the world, even though he retired back in 2013. He’s set numerous records along the way and many had tipped him to be the horse that would break the duck of no Triple Crown winners since 1970, but alas, it was not to be.

He did win the 2000 Guineas in 2011 though and in some style. In fact, it was so impressive that many pundits claimed the performance to be the best of all-time from any British flat racehorse. High praise indeed!

He went on to win 9 consecutive Group 1 races, a feat that has only been matched by American filly, Zenyatta in the history of the sport. In his retirement Frankle is now out to stud, where he commands a stud fee of £125,000.

His first foal that was sold at auction for an astonishing £1.15 million. Due to continued success with his foals, the stud fee has now risen to £175,000.