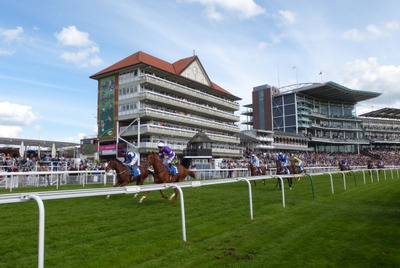 There can few arguments when we state that York Racecourse is one of the must-visit racecourses in the UK. In fact, they’ve even been voted best racecourse by punters, media and the general public.

The venue is open through the spring and summer months, and hosts a number of high quality racing fixtures. One of their main meetings comes in the form of the Dante Festival which takes place in the month of May.

The Festival is widely regarded as the start of racing at York Racecourse and often gets huge crowds that flood through the doors after their winter hiatus from the course. The meeting is spread over three days and takes place on a Wednesday, Thursday and Friday.

The festival is named after the Yorkshire-trained winner of the Derby, Dante. It’s a name that is held in huge regard in the region and it’s for that reason why the race has become so popular.

The highlights of the three day Dante Festival are the valuable Group 2s the Duke Of York Stakes, Yorkshire Cup and the Dante Stakes itself. We look at all of these races in more detail, they can be found below. 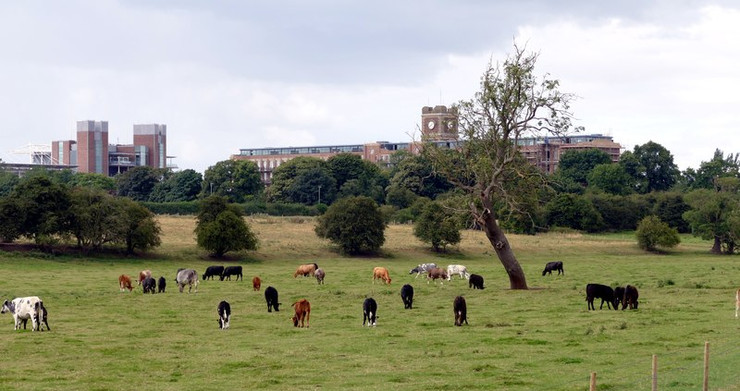 The course is famously situated just a few miles from York city centre. It’s so handy that you’re able to walk direct from the train station to racecourse and then back into the city. This makes it a massive attraction for punters as they can enjoy a days racing and then go and relax in one of the many bars and restaurants that the city boasts.

The track is next to the former Terry’s Chocolate factory and the ground is commonly referred to as Knavesmire, from the Anglo Saxon translation for a low swampy area. Interestingly, the site was the location for the hanging of Dick Turpin in 1739.

The track itself has seen many improvements over the years, but in 2005 it was changed from a horseshoe to an oval, which means they were able to accommodate the 2 mile 4 furlong Gold Cup for the Royal meeting that was hosted their when Ascot was undergoing their huge reconstruction project.

The Format of the Meeting

As stated, the meeting takes place over three days and whilst there are no Group 1 races, which is rare for York Racecourse, there is an abundance of Group 2 and Group 3 races. Some of the races are highly competitive as well, with large prize pools, so it’s certainly not lacking in racing pedigree. 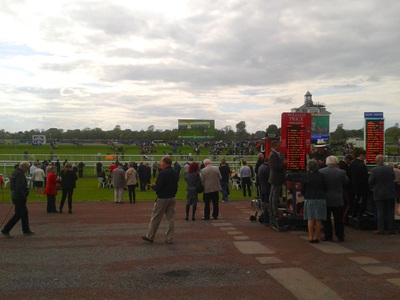 The opening day highlight is the Group 2 Duke of York Stakes. The race is a 6f sprint and with it we see some of the fastest up-and-coming three year olds going head-to-head with older runners. The race comes with a healthy purse of £140,000 and has been running since 1968. The race was originally given a Group 3 status, but this was upgraded to Group 2 in 2003.

Complementing the Duke of York Stakes on day one of the festival is the Group 3 race, Musidora Stakes. The race is another that has been running since the sixties, with the first race taking place in 1961. This race is only open to 3-year-old fillies and is named after another Yorkshire-trained winner of the 1,000 Guineas and the Epsom Oaks in Musidora. As a result, this race is seen as a trial for the Oaks and there have been several winners of this race that have gone on to win the race over the years. 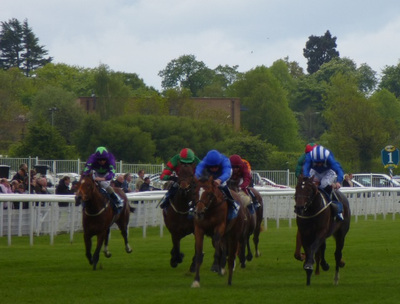 The festival really comes alive on day two and the biggest race of the day has to be the Dante Stakes, especially given that the whole festival is names after this famous Yorkshire horse. A purse of £175,000 make it the joint richest race of the meeting.

The race is over 1m 2f and is open to three-year-old horses, known as the Classic Generation. The race has been running since 1958 and is hugely important as it serves a major trial for the Derby, one of the biggest flat races in the world. As you can imagine, any horse that does well in the race is immediately propelled into the limelight, so whilst they might not be the biggest names heading into the race, horses that perform well are going to soar in popularity.

The current Group 2 status was awarded to the race in 1980 after previously being Group 3. In total there have been ten winners of this race that have gone on to win the Derby. The first horse to do so was that of St Paddy in 1960 and one of the most recent was Golden Horn in 2015.

Another stalwart of the festival is the Middleton Stakes. This race has been running since 1981 and with it comes a restriction to just fillies and mares, aged four and older. The original race was just for three-year-old fillies, but this was lifted by 1997. The purse for this race stands at £140,000 with almost £80,000 for first place. The race was raised from a Listed status to Group 3 in 2004 and then became a Group 2 in 2010. 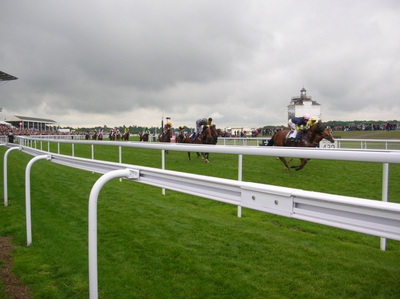 The Yorkshire Cup is the highlight of the third and final day of the festival. This Group 2 race comes with a hefty purse of £175,000 and is open to runners aged four and older.

The race has been running since 1927 and is run over a trip of 1m 6f, making it one of the longest races of the meeting. The race was originally run as a weight-for-age, meaning that older, more experienced horses had to carry more weight than their younger competitors.

In 2011 the race was introduced as part of the British Champions Series that accumulates 35 day’s worth of top racing in the UK to highlight who is the best over the series. It’s now the first race of the long distance division within this category of races. 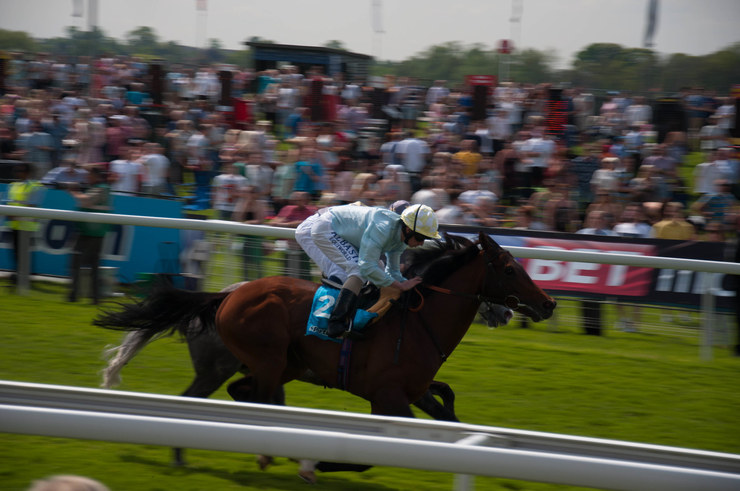 There have been some stand out figures competing at the Dante Festival over the years and here we look at who has been the most successful riders, trainers and horses in the feature contests of the meeting.

The calibre of the race is reflective of the calibre of jockey’s that have previously won the race. The leading riders are Lester Piggott, Steve Cauthen and Michael Hills, who’ve all rode four winners in the Duke of York Stakes. The leading trainer is Barry Hills, who’s had seven winners, including back to back wins in 1987 and 1988 with Handsome Sailor, who’s still the only back to back winner.

The leading jockey in the race is Frankie Dettori who rode his sixth winner in 2022. That edged him clear of Steve Cauthen who has won the Musidora Stakes five times. The leading trainer is Sir Henry Cecil, with a staggering nine wins to his name.

The most successful jockey in this race is Pat Eddery, who’s won the race on six different occasions. The leading trainers are Sir Henry Cecil and Sir Michael Stoute who both have seven wins. Sir Henry Cecil’s ranged from 1970 to 1993 whilst Sir Michael Stout picked up his first win in 1986 and his latest in 2022. Notable winners include the likes of Golden Horn, Authorized, Motivator, Sakhee and The Grey Gatsby, to name just a few.

Previous winning jockeys include the likes of Pat Eddery and Walter Swinburn, with a record four wins a piece. Sir Michael Stoute is the most decorated trainer in the race with seven wins in total.

This race has been dominated by jockey Lester Piggott, who won it on eight occasions from 1961 through to 1982. Piggott also rode the first multiple winner of the race in the form of Ardross in 1981 and 1982. The only other multiple winner is Stradivarius who claim the race in 2018, 2019 and 2022. The most successful trainer is Cecil Boyd-Rochfort, who has trained seven winners in total.

History of the Dante Festival 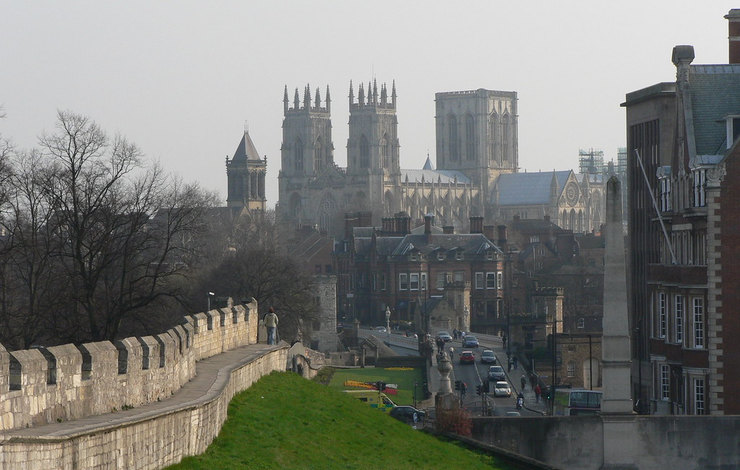 There is documentation of horse racing taking place at York’s Knavesmire from as early as AD 208 where Roman Emperor Septimus Severus held races there outside the city walls to entertain the troops. In fact, Septimus Severus died in the city, known as Eboracum, in AD 211.

Organised racing moved to the current location in August 1731, with the first racecourse grandstand anywhere opened there in 1756. During the 19th century two principle flat meetings became regular fixtures in May and in August. The August meeting would become the Ebor Festival and the Spring meeting in May would become the Dante Festival.

In their current form, the oldest of the Dante meeting’s races is the Yorkshire Cup which was first run in 1927. The Dante Stakes itself was first run in 1958 followed by the Musidora Stakes in 1961. The Duke Of York Stakes which was originally a middle distance race was introduced as a six furlong contest in 1968 with the Middleton Stakes and Hambleton Stakes introduced later in 1981 and 1988 respectively.

The whole festival is named after the Yorkshire born horse that is Dante. Throughout the mid-forties, Dante was widely regarded as one of the best flat runners in the world. He was able to see success at the Middle Park Stakes in 1944, following a win at the Coventry Stakes early in the season.

But, it was the horses performance at the 1945 Derby at Epsom that propelled the horse to stardom. Dante was so impressive in the race and even won with a major eye infection. He had previously raced in the 2,000 Guineas, but here he suffered his one and only defeat. Dante ended with a record of nine races and eight victories, before the eye condition eventually forced early retirement before going off off to stud.

Like Dante, Musidora is another hugely popular horse in Yorkshire and dominated races just a few years after Dante’s successes in the late forties. She went on to win both the 1,000 Guineas and the Epsom Oaks and remains to this day one of few horses to have done so.

After she failed to place in her next three races, she was returned with a record of twelve races and four wins to her name. Whilst there have been horses with higher number of wins, there are few that can say that they’ve been able to win Classics such as the 1,000 Guineas and the Epsom Oaks just a few weeks apart.