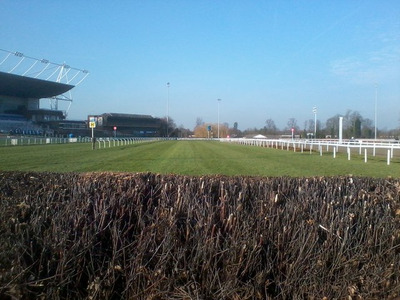 The Christmas Festival at Kempton Racecourse is one of the highlights of the racing year. It’s held over two days on the 26th and 27th December and includes some of the biggest races and most exciting chasers and hurdlers in the sport.

The feature race of the meeting comes on Boxing Day in the form of the King George VI Chase, one of the most important races in the National Hunt calendar.

The current sponsors are Ladbrokes who have been able to plough a significant amount of money into the meeting and in turn, Kempton racecourse. They are one of the most active supporters of horse racing and now are the primary sponsor one of the biggest jumps meetings in Britain.

One of the biggest national hunt race meetings of the year takes place at Kempton Park Racecourse on the 26th and 27th of December in the form of their Christmas Festival. The two-day event hosts some top class jumps racing and gives some crucial pointers towards the Cheltenham Festival which follows in March.

After the overindulgences of Christmas, the Kempton meeting provides a welcome return of racing in a packed sporting schedule. The feature King George VI Chase, a traditional boxing day fixture, has provided some memorable moments over the years and has been won by some of the sport’s greats. This 3-mile chase is the highlight of the meeting, and one of the highlights of the jump racing calendar, but there a supporting cast of top contests. These include the Christmas Hurdle, one of the season’s biggest hurdle races.

About the King George VI Chase 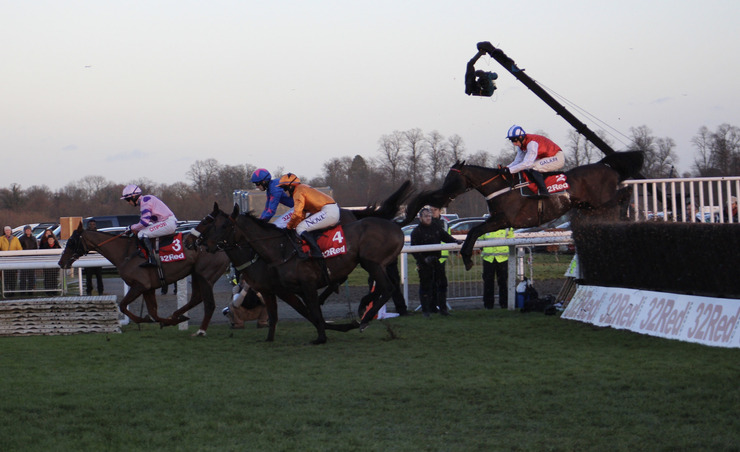 The King George VI Chase is the highlight of the whole festival and has served some of the biggest names in the sports history. The race is run over 3 miles and includes 18 fences that the horses must navigate themselves over.

To say it’s a warm up for the Cheltenham Gold Cup is probably not doing the race justice, but it is often linked with that race, with winners and horses that do well going on to compete in the Gold Cup as well. In fact, many of the most successful horses from the race have won both, more of which we talk about later in this article. 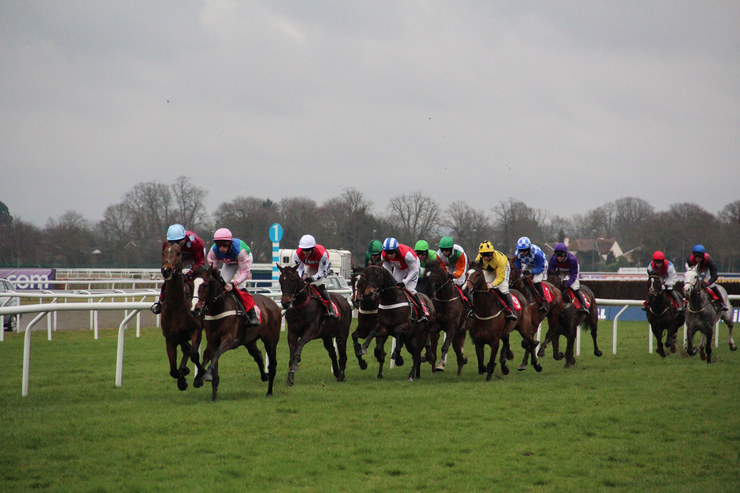 The King George VI has seen many legends of the game both race, train and ride within the race. But, few can hold a candle to the success that Kauto Star has seen since the first ever race back in 1937.

The legendary Kauto Star, who now has their own race named after them within the Festival has won the King George VI on 5 separate occasions, from 2006 through to 2011. In fact, it was only a monumental ride from Long Run in the 2010 race that prevented Kauto Star from going 5 in a row. But the horse showed his class in 2011 by bouncing back and winning the race again.

It’s Paul Nicholls who is the most successful trainer and again, by some distance. Nicholls has won the race 11 times, with 5 of those being with Kauto Star. His other victories have been with See More Business in 1997 and 1999, in 2013 and 2015 with the modern-great Silviniaco Conti and most recently in 2018 and 2019 with Clan Des Obeaux.

In terms of successful jockeys, it’s ruby Walsh who leads the way with 5 wins. It will come as no surprise to hear that Walsh was the long-time jockey on that of Kauto Star, giving him all of his 5 wins. What’s probably more unsurprising is the fact that Walsh hasn’t been able to win the race since on any other horse, but often going out as one of, if not the favourite.

The race is often seen as one of those can make legends and this is because that horses are able to run in it so often. The cream always comes to the top though and with it there have been multiple winners over the years. These include Desert Orchid, Kicking King, One Man, The Fellow, Wayward Lad, Silver Buck, Captain Christy and Pendil.

The King George often plays to the form book, with the favourite of the racing being a fairly short price. In 11 of the last 17 races the favourite has won the race and only twice has the favourite not been able to make top 2 within that timeframe.

It’s also worth noting that on current form all but one of the last 17 winners have previously won a Grade 1 race at some point before winning the King George, often coming into the race on the back of a victory.

The full result form the latest King George VI Chase is shown below. 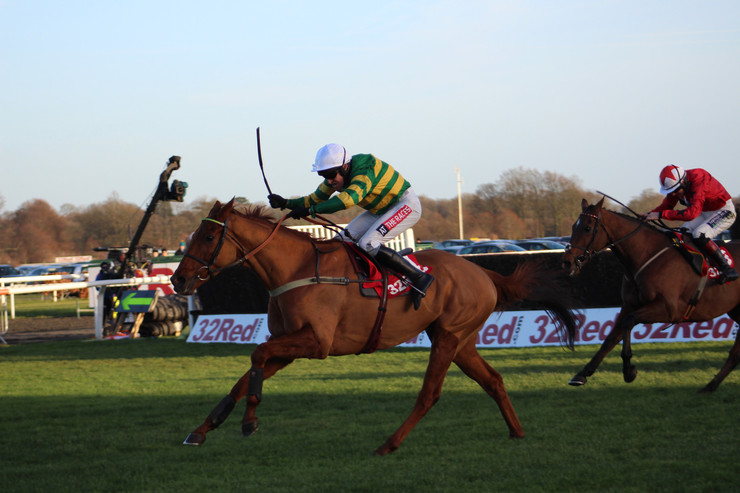 As the first of the two days and because it’s held on Boxing Day, the opening day is seen as not just one of the highlights of the jump season, but one of the highlights of the year’s racing. The folk at Kempton really do make this a party atmosphere and it does have a much more relaxed feel about it compared with the likes of Cheltenham Festival and the Grand National meeting.

But, the calibre of racing is almost unrivalled and whilst the King George is the undoubtable highlight, the meeting does manage to offer a host of other, high calibre races as well. The two other Grade 1 races on the day are the Kauto Star Novices’ Chase and the Christmas Hurdle.

The Kauto Star Chase is the novices’ race and which is almost a carbon copy of the King George VI Chase. With three miles in distance and eighteen fences to navigate, there’s room here for the next generation of chasers to really stake a name for themselves and get some major honours under their belt, whilst still relatively young. The race is of course named after the great Kauto Star, with the British Horseracing Authority deciding to permanently change the contest’s name in 2013. Successful winners of the race have included the likes of Tea For Two, Dynaste, Long Run, Maximize and Nagari.

The Christmas Hurdle is the second Grade 1 race of the day. Ran over two miles, the race is a often much quicker than the other two graded races, with just eight hurdles to be jumped. The Christmas Hurdle is probably most notable as being the second leg in the Triple Crown of hurdling, alongside the Fighting Fifth Hurdle at Newcastle and The Champion Hurdle at the Cheltenham Festival.

The race comes with £105,000 worth of prizemoney, with almost £60,000 of that going to the winner. It’s been running in some form at Kempton since 1969, with several of those winners over the years going on to see success in the Champions Hurdle at Cheltenham. As part of the Triple Crown, it’s worth noting that only two horses have ever been able to win all three, Buveur D’Air for Nicky Henderson in 2017-18 and Kribensis in 1989-90, trained by Sir Michael Stoute. Other notable winners of the race have included Faugheen, Binocular, Harchibald, Go Native and  Intersky Falcon. 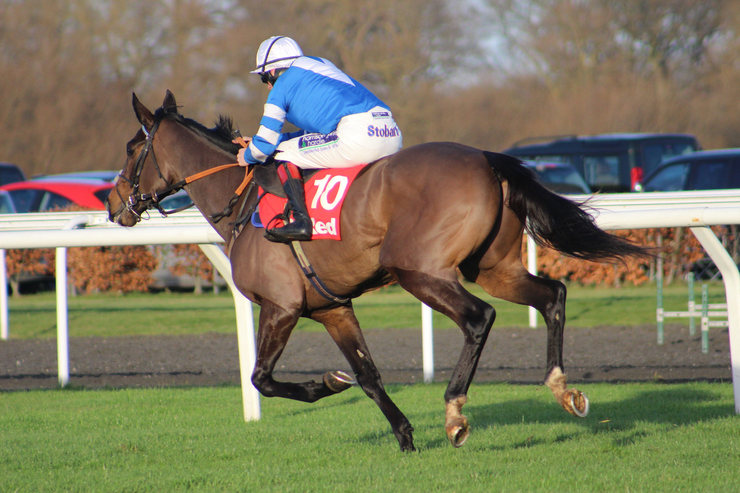 In terms of ‘named’ races, the second day at the festival may seem a little After the Lord’s Mayor Show. But, even the lack of Grade 1 races still allows for a really competitive day on the 27th, headlined by the two Grade 2 races in the form of the Wayward Lad Novices’ Chase and the Desert Orchid Chase.

As the names for both suggest, the races are dedicated to two absolute legends of the sport, with more on each later in this article. Both of the races are also interestingly held over 2 miles with the Desert Orchid Chase having a significantly bigger payout. It sees a total prize fund of £80,000 compared with £32,000 for the Wayward Lad Novices’ Chase, though there’s is little between the two in terms of quality.

History of the King George VI Chase and Winter Festival 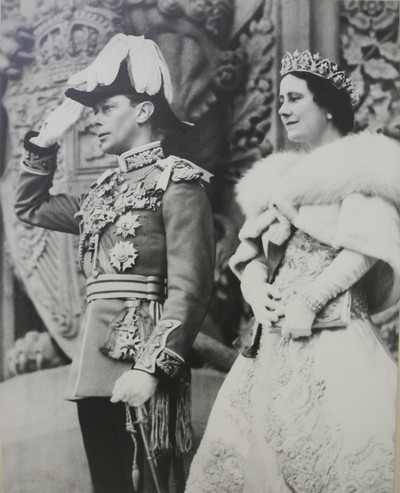 The King George VI at Kempton Park has fast become one of the racing highlights of the year. It has included the biggest names from throughout the sport and since it’s first running in 1937, has allowed horses to be immortalised in horse racing.

The first running of the race in 1937 was to celebrate the new King of England, King George VI. Because of the Second World War, the race was actually only run twice before it was postponed. The Kempton Park racecourses was used as a prison of war camp, due to the size and location of the course.

The race has always been run over 3 miles with only four horses taking part in each of the first two runnings. The first winner was Southern Hero, aged 12, who remains the oldest winner of the race to this day.

For the return of the race after the war in 1947, a new date was decided, Boxing Day. The festival was to work around the King George VI race, which was attracting the bigger names within jump racing. Even since then, the race has been run on the same day each year, attracting tens of thousands of fans from around the UK and the even the world.

But, regardless of these abandonments, the fixture is seen as a popular date. Boxing Day in the UK is a big day of sport, regardless of if you are a horse racing fan or not. Football has full fixture lists, but so do horse racing, with eight or so meetings across the country.

Racing is usually a sport that is run pretty much every day of the year, but over Christmas the sport gets a couple days off, usually the 24th and 25th. The Boxing Day meetings are to signal that the racing calendar is back on and whilst not the start of the season, it does feel like the mini-break allows for a recharge of the batteries and to get back to it with the Christmas Festival.

Kauto Star is undoubtedly one of the greatest race horses of all time. Throughout a long and illustrious career, the legend won 18 major races, with 5 of those King George VI Chases. Kauto Star also holds the record winning margin at 36 lengths, which he achieved in 2009, beating Arkle’s 44-year record of 30 lengths by some distance. Whilst 36 lengths victory is impressive in any race, to do it in a Grade 1 race that was full of quality opponents and race winners, makes it even more special.

As a result of this 2009 win, he then went on to receive the highest rating ever given by the Racing Post for a National Hunt horse of 192. In fact, his highest ever rating of 193 was bettered only by Arkle (212) and Flying Bolt (210).

But, behind every great horse is usually a great trainer and this is the case with Kauto Star at his trainer Paul Nicholls. In fact, Nicholls has seen a lot of success in this race, winning it 11 times, with Clan Des Obeaux, See More Business and Silviniaco Conti all double winners. Jockey Ruby Walsh rode all of Kauto Star’s 5 wins in the race, and again has seen great success as a result of this wonder horse.

The fact that a bronze statue of Kauto Star has pride and place in Kempton Park just highlights his success even more.

Desert Orchid is another legend in the same league as the likes of Kauto Star. He’s won the race on 4 occasions and was a generation or so before Kauto Star. To see them both run together would have been a magical thing.

Dessie’s 4 wins came in the mid to late eighties and early nineties, with three back to back victories in ’88, ’89 and ’90. Trainer, David Elsworth is widely known for his work with Desert Orchid and the Burridge family who owned the horse.

The grey had a huge amount of success throughout both Britain and Ireland, including victories in the Irish Grand National, Racing Post Chase, Victor Chandler Chase and of course, probably the horses crowning glory, victory in the Cheltenham Gold Cup in 1989.