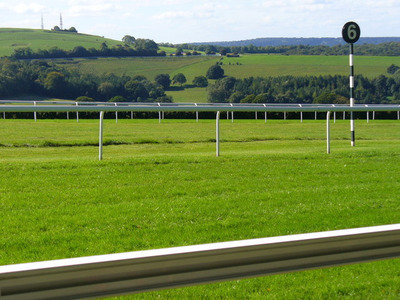 Glorious Goodwood, now know as the Qatar Goodwood Festival, is one of the World’s key flat racing fixtures.

Held in the stunning West Sussex countryside, not only does the meeting include some of the best horses, jockeys, trainers and races throughout the flat racing season, but it comes with all the glitz and glamour that these high-profile events seem to ooze.

The meeting is held at Goodwood Racecourse and often takes place at the end of July or early August. It’s one of very few meeting that runs over five days, with each day set up to target a wide range of calibre of races.

Late July/early August can mean only one thing for racing fans. That’s right, its time for Goodwood’s annual five-day equine spectacular. In what has been one of the most glorious summers in recent memory, the name of this ever popular festival could hardly be more fitting this year. Glorious in name, glorious in nature, expect many of the stars of the season to shine bright in Sussex during this meeting. 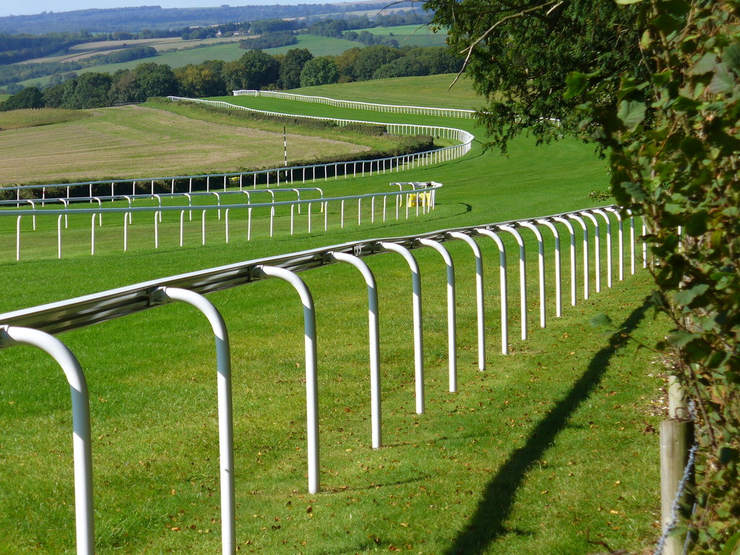 The course itself is renowned, and not just because it’s relation to Glorious Goodwood. There are a number of courses within the circuit, including the Stewards Cup Course, Craven, Gratwicke, Bentnick and Cup Courses. Whilst they all have their own names it really just signifies different sections on the track where horses start from, depending on the race.

The course is one of the hardest flat racing tracks in the UK and is especially tough for horses that are new to the location. In fact, there have been a historically low number of horses that have ever won on debut at Goodwood. The main reason for this is that it has a very awkward right-hand turn and then after an uphill pull and almost immediate downhill towards the finish line.

Whilst you may link the downhill section to speed, it’s actually thought that races are won and lost on the turn and the uphill sections. The switch between downhill and uphill is very quick and often means horses lose stride and lose their rhythm within the race. This is where having a good jockey that knows the track will often stand novice horses in good stead.

The festival begins on Tuesday and runs through to Saturday, with top racing on each of the five days. There are 8 races on day one with 7 per day for the rest of the meeting making a total of 36. Included within these are three Group 1 races, five Group 2 races, five Group 3 races as well as a host of valuable handicaps.

As Glorious Goodwood is one of the pinnacles of the flat racing season, it will come as little surprise to hear that the best of the best brings out their big guns for the festival. The likes of Aiden O’Brien, John Gosden, Sir Henry Cecil and Richard Hannon Sr. have been by far and away the most successful trainers over recent years. If you were having to pick just one from the bunch, you’d have to say it was Aiden O’Brien. The Irish trainer has won the Nassau Stakes on four occasions and the Sussex Stakes five times.

The successful jockeys have been a bit more spread out, but still include some of the best of the best. Recent winners from the Group 1 races have included Ryan Moore, William Buick, Jamie Spencer, Kieren Fallon and Tom Queally.

Below is an overview of each day and the feature races.

The opening day is seen as one of the most prestigious days racing in the calendar. Tens of thousands of people flock to the track, and whilst its very much seen as a ‘social highlight’ the quality of racing does shine through.

The highlight of the day on the tack is the Goodwood Cup. In fact, many would suggest that this recently upgraded Group 1 race is the highlight of the week. There have been some quality winners of the event in the past, including Double Trigger, Further Flight and more recently, Stradivarius. With over £283k up for grabs for 1st prize, it’s also one of the richest races of the week.

Day 2 is all about one race; the Qatar Sussex Stakes. It’s a one mile sprint and comes with a hefty purse of £1,000,000 with £567,100 of that going to the winner in 2022. It’s the festival’s flagship race these days and has been won by the likes of Frankel, Rock of Gibraltar and Henrythenavigator, the name just a few. The Oak Tree Stakes and the Molecomb Stakes are two more highly competitive Group races on the day as well.

Ladies Day! The style council are in town on the Thursday as Ladies don their best dress and the blokes stick on their best suit. Whilst not one a race you target for betting, the day has become synonymous with The Magnolia Cup, a race that includes twelve novice female jockeys riding for charity at one of the biggest race meetings in the world.

Thursday includes three Group races, including  the Richmond Stakes, which is a Group 2 and run over just 6 furlongs. It is a hotly contested race and horses go at a staggering pace for the short sprint to the finish line. The other Group race comes in the form of the Gordon Stakes over one mile, four furlongs.

The pick of the races on day three however is the Nassau Stakes, one of just three Group 1 races throughout the week. The race comes with a huge prize pool of £600,000, with the winner picking up a cheque in excess of £340,000.

The King George Stakes is the pick of the bunch on Friday. Another short and sharp race measuring at just five furlongs, horses often pick up speeds of over 40mph as they come past the grandstand in what has to be one of the more exhilarating races of the day.

Other notable mentions must go to the other Group races in the Thoroughbred Stakes and the Glorious Stakes. There is also the hotly contested Golden Mile Handicap and the marathon Goodwood Handicap.

The final day of the festival doesn’t go off with a whimper. The Stewards Cup is a 6f sprint sees a huge field of established sprinters and one of the most anticipated handicap races of the year. The highest class race on Saturday is the Group 2 Lillie Langtry Stakes over the staying trip of 1m 6f. 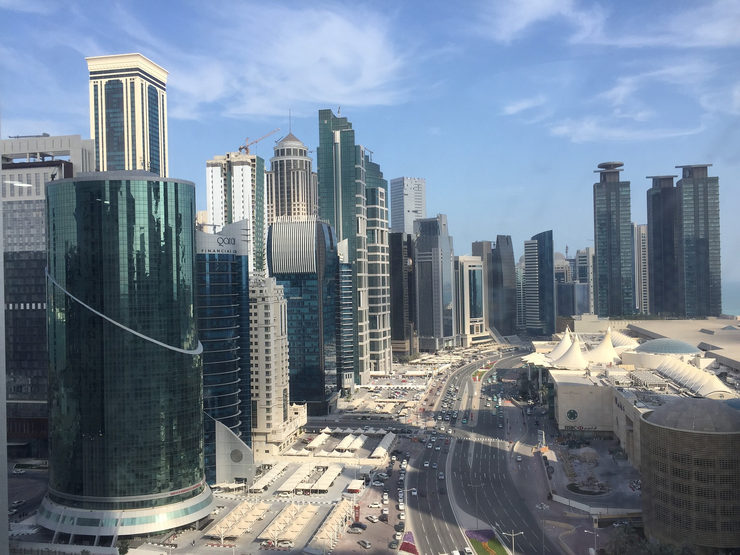 In 2014 one of the biggest sponsorship deals in horse racing was struck, when Qatar had a £2 million bid accepted to sponsor Goodwood Racecourse over the coming 10 years. As part of the deal, Qatar have not only committed to increasing prizemoney for races at the racecourse, but also invest into British horseracing as a whole.

Behind the Goodwood deal is the Al Thani family, who already have a plethora of horses that they train around the world and widely established as one of the best. As part of the deal the naming rights to a lot of races on offer at Glorious Goodwood will now include ‘Qatar’ in that. For example, the Sussex Stakes is now the Qatar Sussex Stakes.

But, the biggest change is to that of the iconic festival name. Glorious Goodwood will not officially be known as the Qatar Goodwood Festival, a move that has been criticised by fans of the racetrack and meeting. The flip side is that sponsorship money will increase year on year for the festival, with a prize fund of over £5 million achieved for the 2022 festival. 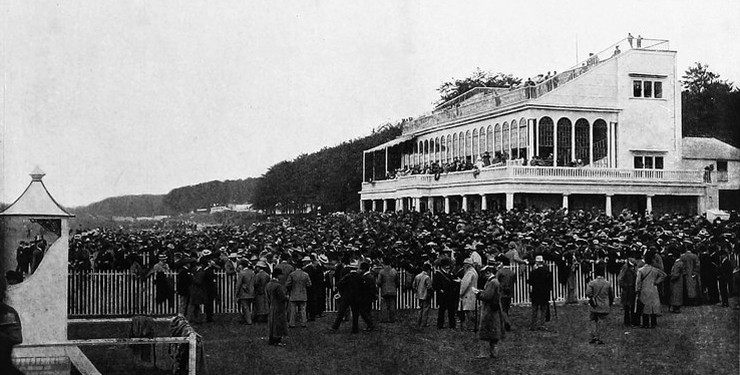 The racecourse was set up by the Third Duke of Richmond. It was actually built to allow service men and women to enjoy some relaxation time, with the Duke of Richmond being a Colonel in the army.

As the track started to pick up popularity, so did the intensity of the racing on show. By 1801 the meeting was already a success and as the two day layover didn’t seem enough, it was quickly expanded to three days, which was approved by the Jockey Club at the time.

In 1812, we saw the first running of the Goodwood Cup which is still one of the standout races at the meeting today. Whilst the festival wasn’t quite like we know it now, these were the first steps in what has become and iconic meeting for horse racing employees and punters alike. The meeting was originally run in March, but soon switched to late July.

By 1953 we had seen several running’s of the Sussex Stakes, Nassau Stakes and the Molecomb Stakes. In the same year the event saw 53,000 people enter on a Tuesday, with some 21,000 situated on Trundel Hill, a number that has still not been surpassed today.

The event eventually increased to five days in 1970, seeing the Saturday included into the schedule.

The Magnolia Cup has become one of the most important races at the meeting. But, it’s got nothing to do with who wins and much more about who takes part. It’s aimed to raise money for charity and each year twelve brave women who have little or even no riding ability go head to head.

The race comes with a few changes and each rider are able to wear their own silks for the race, designed by a range of companies and even schools from the local area. The money that’s raised from the race goes to a dedicated charity for the year and in 2019 that charity was Wellbeing of Women, a leading UK women’s health charity.

The race has been running since 2010 and in that time, have been able to raise of £1.2 million for charities across the UK.

The ‘Duel on the Downs’ was dubbed as one of the biggest races of the 21st Century. It was a race that ironically only included 4 horses, but that didn’t matter as it was only about two horses who had been street ahead of their rivals for some time; Frankel and Canford Cliffs.

Frankel came into the race undefeated and had won 7 from 7, most notably the 2,000 Guineas by an astonishing 6 lengths. He went off in the race as 8/13 favourite. Canford Cliffs was slightly older than Frankel and had seen losses earlier in his career. But, the horse had won five out of his last five Group 1 appearances, beating some huge names in the process, including Goldikova, Makfi and Twice Over.

Record Prior to the 2011 Sussex Stakes

Frankel went on to win that race and also all his remaining six races following that. His Timeform rating when he retired of 147 is the highest that’s ever been seen and with 14 wins from 14 races, will go down as one of the greats.

Following that race, Canford Cliffs was later retired to stud due to an injury.  With seven wins from eleven races, he will always be regarded as a top horse and in 2011 was ranked second best miler in the world, one spot behind that of his nemesis, Frankel. 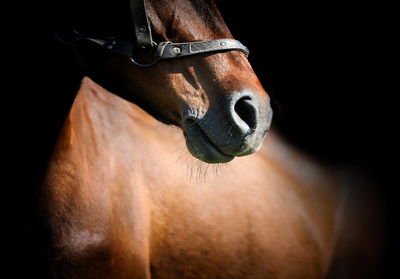 Big Orange will always be regarded as one of the best two milers that the Goodwood Cup has seen. Winning in 2015 and 2016, the horse, trained by Michael Ball, owned by Bill Gredley and ridden by Jamie Spencer become the first back to back winner of the race since Double Trigger in 1998.

After Winning the Ascot Gold Cup in 2017 over 2 miles and 4 furlongs, Big Orange was favourite to complete a hat-trick of Goodwood Cup wins but narrowly missed out after finishing second to Stradivarius.

With eight wins to his name from 24 races and over £1.2 million in prizemoney earned, he’s definitely going to be regarded as one of the best ever over the marathon distance at Goodwood.