The most frantic race of Glorious Goodwood, the Stewards’ Cup, will ensure the final day of the festival peaks in a hugely exciting fashion. A huge line of horses will be steaming towards the finishing post in this sprint race and there will likely be little to separate them.

This race dates back to 1840 and was devised by Lord George Bentinck, a prolific racehorse owner who had stables in Goodwood and was a close friend of the Duke of Richmond. The name relates to the awarding of the trophy to the winner by the course’s senior steward.

About the Stewards Cup: The Glorious Goodwood Final Day Dash 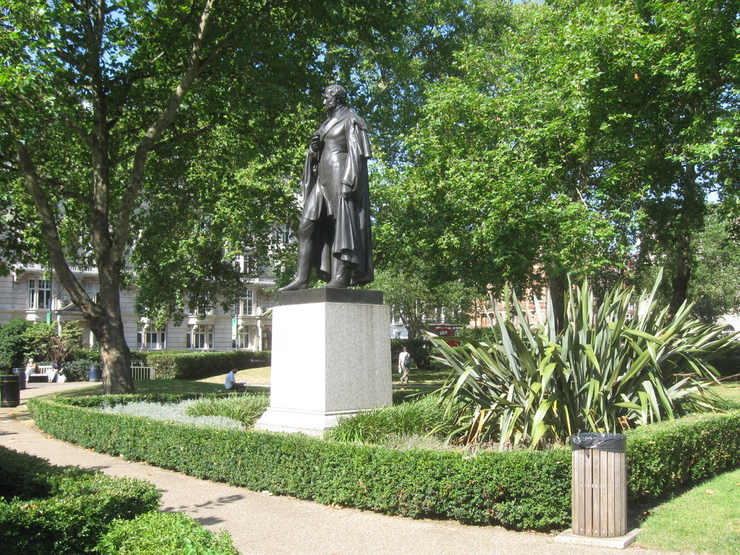 Very much one for the punters, the Stewards’ Cup is the big betting occasion on the final day of Glorious Goodwood. Big odds are always available in this six furlong contest that regularly attracts upwards of 24 runners. Rarely a short price favourite in sight, it provides gamblers with a fantastic opportunity to secure a big scoop as the five day festival nears a close. Outside of a betting perspective, the Stewards’ Cup is no less important either as it is well recognised as being one of the top sprint handicaps on the continent.

During the 1830s, the senior steward at Goodwood Racecourse had the authority to hand an annual cup to the winner of any race. The event selected would vary year on year but in 1839, Lord George Bentinck, came up with an idea of having a perpetual race for the Stewards’ Cup. The following summer the new race emerged and it’s been a regular feature at Goodwood ever since with any horse aged three years and older able to take part.

With more than 20 rivals to face year on year, favourites of this race are really up against it. Often the handicappers punish those in form and how horses cope with the extra weight can be hard to judge in a race of such fine margins. Considering the unpredictable nature the contest, the bookies have done exceptionally well when it comes to picking out the winner. Since 2003, a surprisingly high number of runners have come from the top three in the betting as you can see from the graph below. 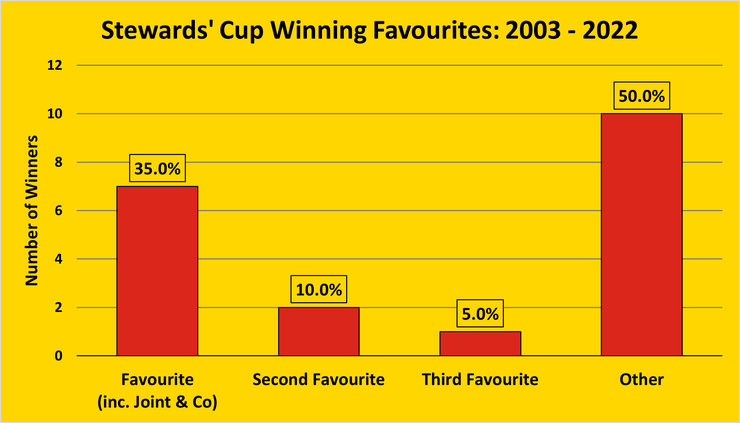 The success of horses further up the betting helps makes this race a little easier to call but don’t think that this means decent returns are not available. In the time period we’re looking at, the shortest priced winners were Patavellian (2003) and Khaadem (2019) who both set off at a far from terrible price of 4/1. The average starting price of winners is much higher than this of course, coming it at around 12/1. Although this is perhaps a little lower than you might expect for such a competitive handicap, it’s more than big enough for punters to record a tidy net win.

Although there are no bends to navigate during this short six furlong race, a straight track doesn’t mean a complete absence of bias. Stats over the last 30 years or so indicate that there is a slight, but real advantage from a low draw, starting near the far side rail. It could be that conditions are more favourable here or it could be that having horses between you and the stand side of you helps maintain the pace. Historically, horses starting from stalls are between 1 and 4 inclusive have significantly outperformed the rest, with the four stall to the outside of this group, 5 to 8 inclusive, being the worst with no wins in this period. 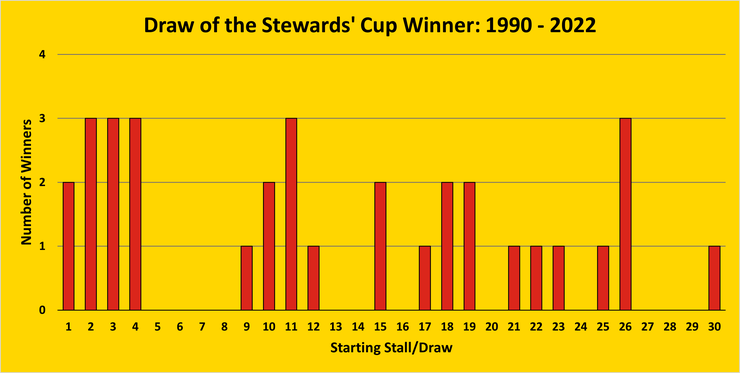 Over the years, many Stewards’ Cup champions have returned to Goodwood seeking more success in this lucrative handicap. When Commanche Falls won for the second successive year in 2022, he became the first horse to win the double in over 50 years.

Rex Imperator perhaps highlights best how difficult securing a double win is. The then William Haggas-trained horse won the race in 2003 but wound up stone last 12 months later despite only setting off rated four pounds higher. Although this is rather an extreme example, former champions rarely come close in future attempts. Could there be another 50 year drought before we see the next two-time Stewards’ Cup winner?

You can see the six horses who have accomplished the incredible testing double below.

DOUBLE WINNERS OF THE STEWARDS’ CUP