There’s always plenty of demand in terms of entries for the Unibet Golden Mile, formerly known as the Betfred Mile, which is open to horses three and above. A maximum of 20 runners are allowed to feature at Goodwood for this event though the number of entries often far exceeds this.

Ryan Moore rode a hat-trick of wins in this race between 2016 and and 2018, for three different trainers. Other notable winning jockeys include Hayley Turner, Frankie Dettori and Kevin Darley.

About the Golden Mile: A Late Summer Handicap Highlight

Goodwood racecourse is one of the few racetracks whose name will likely be familiar even to those with only a slight passing interest in the sport. The main reason for this is undoubtedly the hugely popular Glorious Goodwood Festival which takes place in late July/early August each year.

Group class contests such as the Goodwood Cup and Sussex Stakes may be the most high profile events of the week, but there’s also plenty of excellent action on the undercard, including a host of quality handicaps.

One such event is the Class 2 Golden Mile which is held on the penultimate day of the meeting. Taking place over a trip of – you guessed it – one mile, the race made its debut in 1987 under the sponsorship of drinks company, Schweppes. A number of sponsors have come and gone since that inaugural edition, including William Hill, totesport, Betfred and Unibet with fellow gambling firm Coral taking over in 2022.

Limited to a maximum field of 20, the event is oversubscribed more often than not, with the £150,000 (as of 2022) in total prize money helping to attract a quality and competitive field.

Johnston On The Mark

As competitive as this handicap affair is, there are a handful of trainers who have managed to register multiple successes in the race. As we can see from the table below, this list includes some of the biggest names in the game over the past 30 years or so. 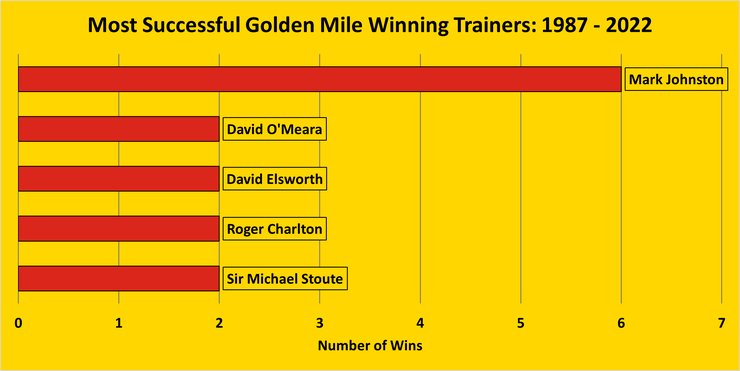 Standing above all the others though is the man who in 2018 took the record for the highest number of career wins recorded by any British trainer… ever. Included amongst Middleham handler Mark Johnston’s 4000+ career victories are six in this race, including three in the space of four years between 2009 and 2012.

No jockey has managed to quite match the exploits of Mark Johnston in this race, with three being the leading total posted by the riders as of 2022. The now retired trio of Jimmy Fortune, Michael Hills and Kevin Darley all sit on two wins, but it is one of the greatest riders of the modern era who sits atop the pile. 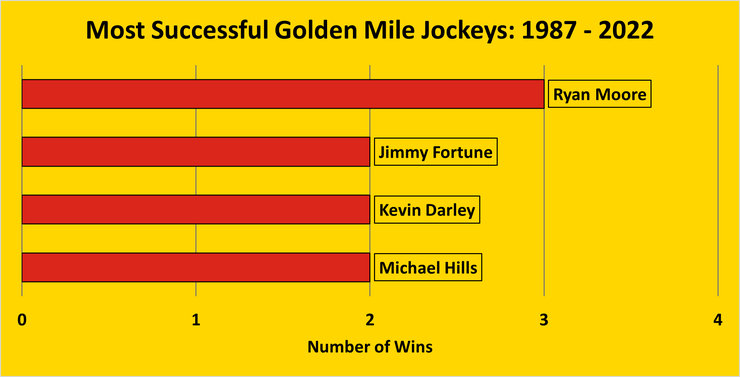 Headed into the 2016 renewal of the race, Ryan Moore had hit the frame here on a couple of occasions without entering the winner’s enclosure. However three wins in succession aboard Franklin D (2016), Master The World (2017) and Seniority (2018) moved Moore into the all-time lead.

There isn’t too much of an age trend in evidence here. Whilst the four year olds do boast the best record, the three and five year olds are more than holding their own to date. It does however seem tough for the older performers to master their younger rivals. At seven, Orbaan in 2022 became the oldest winner of this race. The six-year-olds Unshakeable (2005) and Master The World (2017) are only other winners aged older than five to land the prize as of 2022. 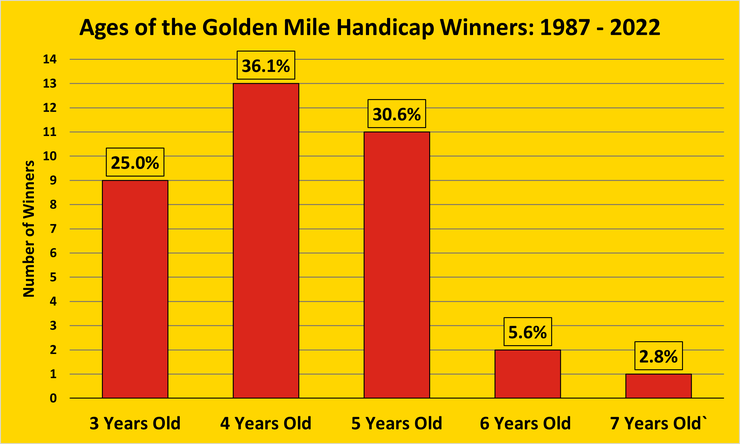