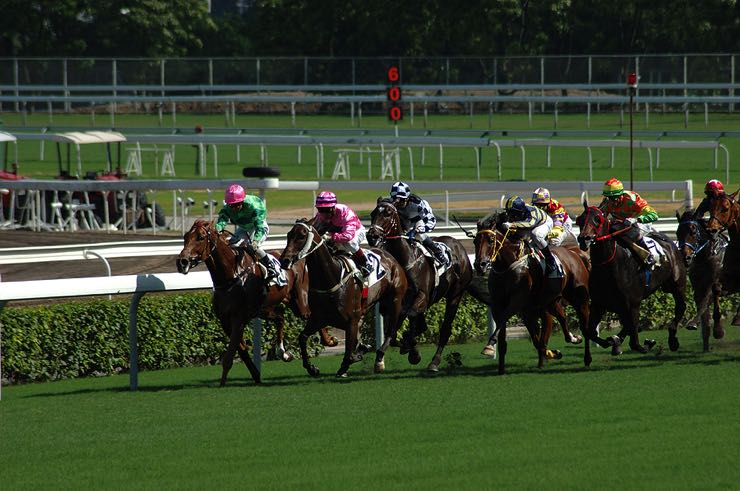 The history of horse racing goes back a long, long way, probably to ancient Greece around 2,700 years ago. Horses have been raced in almost every country of the world, from China to Australia and the United States to Mongolia. However, the long distance races of Mongolia’s past – of up to 20 miles! – bear little resemblance to what most of us love to have a little wager on at the weekend.

Horse racing as it is now, or at least in a form we would recognise, started in the 17th century when King James I established stables and a royal palace (though in reality it was quite rustic and more of a hunting lodge) at Newmarket. To this day the once tiny Suffolk town remains the centre of British racing. The National Stud, National Horseracing Museum and Tattersalls (the main racehorse auctioneer) are all based there, whilst two of the five Classics of flat racing are held there.

Newmarket became so important because, thanks to its royal associations, horse racing grew rapidly in popularity and status. “The Sport of Kings” spread throughout the country as Charles I (James I’s son) and Charles II continued to patronise and fund it. Races were set up all around England and gradually racing became a unified sport.

The breeding of horses quickly became a major component of the sport and three Arabian stallions – from which all English thoroughbreds are descended – were brought to England with the aim of developing ever quicker horses. One of those three – Godolphin Arabian – gives its name, of course, to one of the most famous stables in the business, Godolphin Racing, which has a base in Newmarket (as well as others in Dubai, America and Australia).

This happened at the start of the 18th century and around the middle of the century the Jockey Club was created to bring regulation to the sport. Races, which had usually been over long distances and between just two horses, came to be shorter and with larger fields and from this time onwards it really has changed very little.

Indeed, three of the five Classics, the St Leger, the Derby and the Oaks, were created between 1776 and 1780, and are still run today, more or less unchanged. Improvements in technology meant that transport and the dissemination of information – news, effectively – improved quickly during the 19th century and this brought the sport to a wider audience than ever before.

Betting was increasingly commonplace and brought yet more money into the sport and the professionalisation of jockeys meant the regulatory body – the Jockey Club – faced new problems.

To maintain the integrity of the sport – a major and ongoing challenge even today – the Jockey Club introduced several rules, codes of conduct and regulations designed to keep the sport clean and fair. Despite these challenges and the two world wars of the 20th century the sport continued to grow. In 1961 gambling away from the racecourses was legalised and this opened up further avenues of revenue to the sport. Along with massive technological advancements, primarily in terms of communication and the media, this helped the sport to grow yet further and the success shows no sign of abating.

Gambling laws today are more liberal than ever before and with increasing disposable income, more and more people are betting on horse racing. The sport has gone well and truly mainstream, with events like the Grand National and the Cheltenham Festival attracting huge numbers of returning, loyal fans, as well as masses of new and occasional punters. With broadcasting, computing and mobile technology continuing to evolve the opportunities to place a bet and watch races live are growing all the time and the sport that so many of us love looks sure to keep thrilling and enthralling us for a long time yet.