The Boxing Day meeting at Kempton may be headlined by the King George VI Chase but this Novices Chase is amongst the racing highlights in a packed day of racing.

First run in 1975, this contest was originally known as the Feltham Novices Chase before being renamed after the five-time King George winner Kauto Star in 2012.

Some top class horses have been victorious in this race before having glittering racing careers. In recent times these include Long Run and Coneygree who both went on to win Cheltenham’s Gold Cup.

Boxing Day at Kempton Park racecourse will of course forever be associated with one of the most famous National Hunt contests of the year, in the shape of the jumping and staying giant that is the King George VI Chase. Every feature event needs a quality supporting cast though, and topping the bill in that regard at the festive offering from the Sussex venue is this Grade 1 event for the novice chasers.

Open to chasers aged four and older, and held over a trip of three miles, this event first took place in 1975 when coming into being as the Feltham Novices Chase – Feltham referring to the nearby town of that name. As nice as Feltham undoubtedly is, it doesn’t have quite the racing relevance ascribed to one of the greatest chasers in the history of the sport. A superstar so good that he won the King George VI Chase on no fewer than five occasions. That horse was of course the mighty Kauto Star. Having first had his name added to the title of the race in 2012, the contest was then officially named in his honour in 2013.

With eighteen British trainers’ titles between them, it is never too surprising to see the names of perennial rivals Nicky Henderson and Paul Nicholls towards the head of the trainers table for any given National Hunt contest, and it is they who are out in front here. 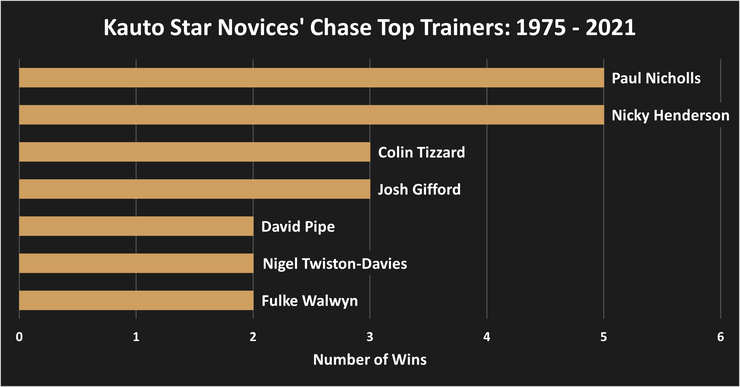 It was Nicky Henderson who lead the way by himself for many years, with the pick of his five winners to date being subsequent Cheltenham Gold Cup and King George VI Chase winner Long Run, who came home in front in 2009.

Considering Paul Nicholls was the trainer of the magnificent chaser in whose honour this contest is named, it would be somewhat apt were he to hold the record for the most wins by a trainer by himself. Joining Henderson with five wins in 2021, he may yet get his nose in front in due course.

As impressive as the exploits of the trainers, and of course the horses themselves has been in this race, one of the main reasons that the event will forever be remembered in the history books concerns the winning rider in the 2015 edition of the contest.

That rider was Lizzie Kelly whose success aboard the Nick Williams-trained Tea For Two made her the first female rider to win a British Grade 1 event in the history of the sport.

Open to all novice chasers aged four years and older, it is the six year olds who boast much the best record in this race in terms of numbers of wins, with over half of the editions to have been run to date being landed by a runner from that age bracket. 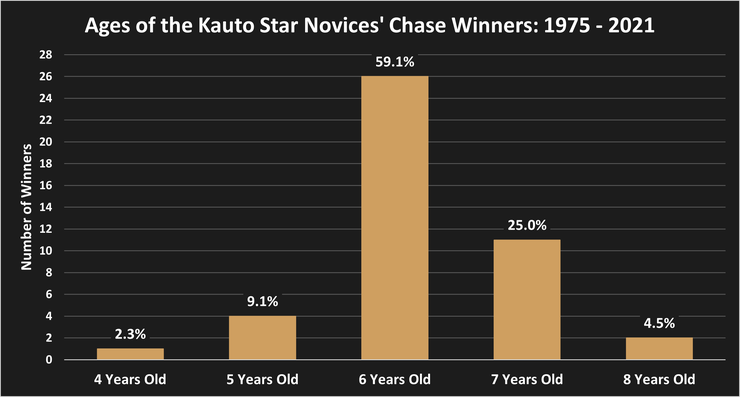 The aforementioned Long Run (2009) remains the only four year old, as of 2021, to come home in front – indicating that it takes a pretty special individual to be ready for this challenge at so young an age. Von Trappe (1985) and Joe Lively (2007) share the distinction of being the oldest winners in the history of the event (again as of 2021), having been eight years of age at the time of their successes.