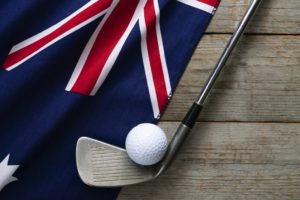 There is not one but two tournaments for golf fans to enjoy at 13th Beach Golf Links. The Vic Open is a tournament on the PGA Tour of Australasia and is run alongside the Women’s Victorian Open, seeing the male players and female players competing in alternating groups and for equal prize money.

The Victoria Open is a cracking tournament, which is doing some very good things for golf in general. It also tends to produce some very close finishes so you can expect some drama.

The Vic Open had a serious boost to its reputation in 2019 when the European Tour became involved. This proved to be a short lived partnership with the 2021 tournament cancelled and the 2022 edition dropping from the DP World Tour schedule.

Prior to 2019 it was solely a PGA Tour of Australasia event which is reflected below in the list of recent winners. Indeed, Scotsman David Law became the first European winner of this event which was first held back in 1957 and the first player from outside of Australia or New Zealand to win since 1994 when American Patrick Burke won.

Two concurrent tournaments featuring 288 players demands the use of two courses. Therefore both the Beach and Creek Courses are used at 13th Beach Golf Links. The men’s and women’s tournaments run at the same time and feature the same prize pool but they are entirely separate competitions with groups teeing off one after the other. After everybody plays one round at the two courses, the Friday evening cut will be made after which the action is confined to Beach Course over the weekend. There is a second cut to just 35 players on Saturday evening.

The men play from the tees which are further back than the women’s but both courses are relatively short. The maximum yardages are 6,788 for the Beach Course and 6,940 for the Creek Course which means that distance off the tee is not a consideration. Going low enough to win the Vic Open is much more about being able to play links golf well.

The Beach Course is a stunning layout set along the coast. Wind is usually a factor on this modern style links course which has relatively narrow fairways framed by penal rough, pot bunkers in strategic places and slopes which will lead to plenty of tricky lies. The greens are big but hitting them is by no means a given in tougher conditions.

Whilst scoring is largely dependent on weather conditions, it does tend to be quite good at 13th Beach Golf Links. Therefore, close finishes are commonplace with three 72 holes not enough to decide the winner on a regular basis.

About the ISPS Handa Vic Open 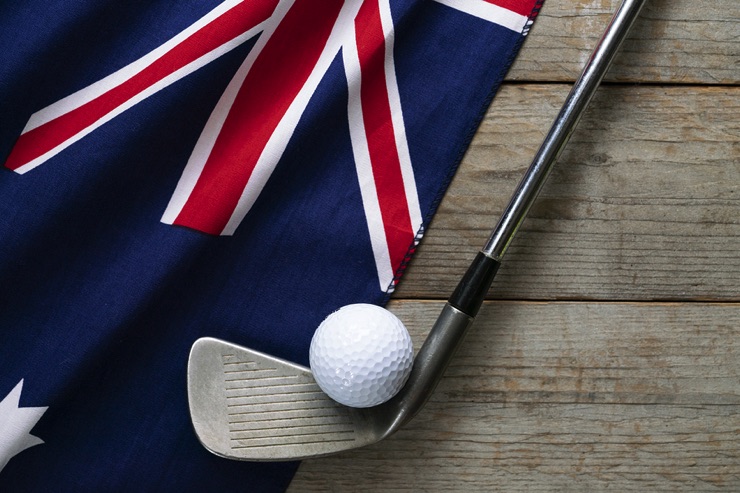 The Vic Open, by which, in this instance, we mean the men’s Vic Open, dates back to 1957. It was long known as the Victoria Open and was created as the state championship for Victoria, Melbourne being the capital of the “Garden State”. Much has changed since the 1950s, in both golf and society and this event is truly ground-breaking in that for several years it has been run at the same time as the women’s Vic Open. The 2019 and 2020 tournaments were co-sanctioned by the European Tour, editions prior to and after have taken place on the PGA Tour of Australasia.

Without doing a disservice to Victorians, that such a progressive step has been taken in this tournament is something of a surprise. The organisers have done a wonderful job though, alongside the International Sports Promotion Society (ISPS, also known as ISPS Handa) and it is hoped that other tournaments will, in time, follow suit.

The International Sports Promotion Society (Kokusai Spōtsu Shinkō Kyoukai if you prefer) is a not-for-profit organisation with its headquarters in Japan. Formed in 2006, their name is a strong indication of what they do and they have been very supportive of golf, in particular women’s, senior and visually impaired golf.

They sponsor a number of events around the globe and are dedicated in their attempts to see disabled golf become a Paralympic discipline. Founded by Haruhisa Handa, they count Laura Davies and Lydia Ko (the youngest player to ever be ranked number one golfer in the world) among their ambassadors.

For those who support equal pay in sport and work generally, ISPS are doing great work and in helping make parity happen in this event they must be applauded.

Leaving aside the women’s event, for now at least, for a period of time this event was little more than a local golf tournament that attracted the odd big name from further afield. Prize money was low and although Gary Player won in 1959 and some big-name Australians also triumphed (Peter Thomson won the first of his three Victorian Opens in 1958 and Kel Nagle won two in the 1960s), in general the event was dominated by unheralded Australians, often from Victoria itself.

Bigger and better players did begin to feature a little more over time and from 1977-1979 the huge names of Greg Norman, Arnold Palmer and Gary Player featured consecutively as runners-up. Norman would claim his only triumph here in 1984, the year before another Open champion, Ian Baker-Finch, claimed his sole success.

The status, prestige and prize money has ebbed and flowed over the years with the Victoria Open at times being purely the state championship, at other times being part of the PGA Tour of Australasia and briefly featuring on the Von Nida Tour (2004 to 2007, with no championship in 2003 or 2008).

Around this time the future of the event seemed in doubt. It was just a very minor leg of the local tour and the women’s tournament had ceased entirely. Golf Victoria knew that action was needed and they took a bold step. Rebranding as the Vic Open was hardly earth-shattering but the big move was putting men and women on course at the same time (they play in alternating groups) and, more significantly, offering them equal pay.

The unique shape of this event and the fact that fans can move about the course freely really caught the public imagination. In an era of #MeToo and rising interest in gender equality (and indeed gender inequality) sponsors, players and fans really took to the Vic Open and it was a tournament reborn.

In 2019, with interest in the event rising the European Tour made the Vic Open part of their schedule Down Under, joining the Australian PGA Championship in that regard. Scotland’s David Law won that year whilst in 2020 the tournament was something of a family affair. Perth-born Min Woo Lee triumphed and in so doing joined his sister on the roll of honour, Minjee Lee having won the Victorian Open (as it was then) twice, in 2014 as an amateur and again in 2018.

Min Woo claimed his maiden European Tour title and a rather decent cheque for almost €163,000. His 19 under par total was enough to see off Kiwi Ryan Fox by two shots and whilst it wasn’t the greatest field, players such as Haotong Li (career high ranking 32) were among those who failed to make the cut.

The Vic Open was not co-sanctioned by the DP World Tour in 2022 and it remains to be seen whether it will return in the future. 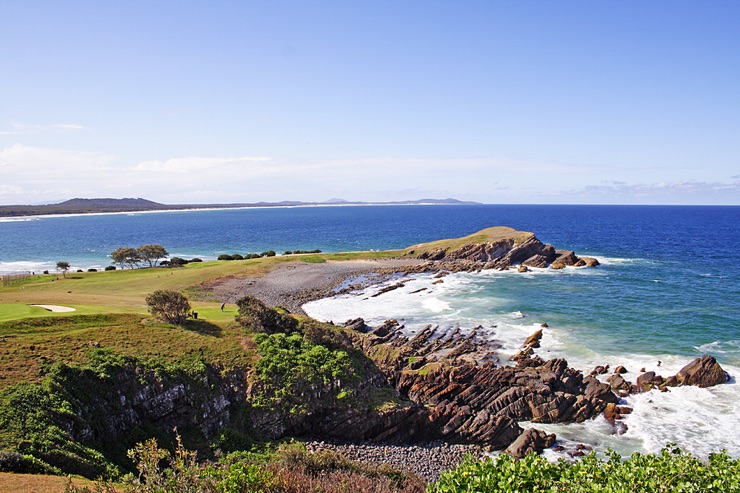 As might be expected of a state championship, this event moved around Victoria a lot in its early days. The first nine editions were played at nine different venues, with many more used since. In the 21st century it has been somewhat less nomadic, with just five venues used to date and it now seems to have settled in at Barwon Heads, near Geelong.

Part of the appeal of the 13th Beach Golf Links is that in the Creek Course and Beach Course it has two top notch tracks. Used since 2013, these coastal links are used in conjunction on Thursday and Friday in order to accommodate both the men and women at the same time.

The weekend sees just the Beach Course used and another unusual feature of this tournament is that it features not one, but two cuts. The top 65 and ties progress to Saturday, before a second cut sees only the best 35 (and ties) make it to the final day.

Nine in a Row

In 2019 Melbourne native James Nitties gave the tournament a further boost in profile when he rolled in nine birdies in a row during the Vic Open. That set a new record for the European Tour and also tied the record on the PGA Tour (set by Mark Calcavecchia at the Canada Open back in 2009). Sadly, his hot streak wasn’t enough for him to claim victory though and despite those nine birdies he finished down in 62nd place on three under par.