It’s a big one Down Under on the first Tuesday in November. The Melbourne Cup is the biggest Australian race of the year – bar none – in fact, and it is the most valuable staying handicap run anywhere in the world and a race well worth setting your alarm clocks for.

A field of 24 runners will go post once again for “the race that stops a nation” at Flemington Racecourse in Melbourne which was established in 1861. European raiders have had good strike rate in this recently with British, Irish, German and French trained winners in the last decade.

Two miles is the trip for what is, by some margin, the premier event on the Australian racing calendar. A handicap contest, the race is nevertheless still classified as a Group 1 affair, and offers huge total prize money of £4,100,529. The ground at the track is currently described as good.

Legendary Aussie trainer Bart Cummings is way out in front at the head of the trainer’s table for the big race, with his 12 wins being more than double that of his nearest rival. Bart passed away in 2015, but his son James has kept the operation going and sends the Godolphin runner Avilius into battle this year. Keep an eye out for the European trainers too though, with five of the past 10 editions of this having fallen to a European raider.

The stats are against the five runners aged seven or older in this year’s field, with every winner in the past decade having been aged between three and six years old. Another trend to note is that all bar one of the past 10 winners have been saddled with 8st9lb or less on the day.

One of the most competitive handicaps on the planet, this has been a tricky race for supporters of the market leader: just one winning jolly in the past decade resulting in a level stakes loss of £3.00 for favourite backers.

We have a familiar name to British racing fans at the head of the betting for this year’s renewal, as it is Aidan O’Brien’s 2019 Epson Derby winner, Anthony Van Dyck who is currently clear favourite in most lists. The Ballydoyle maestro is yet to land Australia’s biggest prize – coming closest when beaten into second by his son Joseph’s Rekindling in 2017 – but will have high hopes of breaking his duck with this son of Galileo.

In truth things had not really gone to plan for this colt following his tenacious Epsom success, with the horse failing to win any of his five subsequent starts in 2019 – mixing in sound placed efforts with a couple of inexplicably poor displays. 2020 started in a similar vein, with a solid second to Ghaiyyath in the Coronation Cup being backed up by an underwhelming fifth in a Group 2 at Ascot. Given the rest of the summer off on the back of that Ascot performance, the break seems to have done him the world of good.

Seeing off Stradivarius to win on Arc Trials day at Longchamp, he then made his first start in Australia last time out in the Caulfield Cup. And whilst he didn’t manage to win that day, he still ran a huge race to go down by just a head to the talented mare Verry Elleegant over a distance of 1m4f. This will be his first outing at further than 1m4f, which is the major question mark; but he certainly didn’t appear to be stopping at the line in that Caulfield Cup event, and that Derby-winning class is not to be dismissed.

That 2019 Epsom Derby may actually prove to be one of the key form races ahead of this contest on the other side of the world, as next in most lists is the runner to have finished a close up fifth that day – Sir Dragonet.

Also trained by Aidan O’Brien at the time of that Epsom effort, much like Anthony Van Dyck, this one had also failed to deliver all that might have been hoped for on the back of such a good run in Britain’s biggest classic. Unable to win in six subsequent starts for O’Brien, he was sold and immediately moved to the yard of Aussie handlers Ciaran Maher and David Eustace in September of this year.

The main reason behind that piece of business seems likely to have been in order to prepare the colt for a tilt at this huge prize, and his prep run in the Cox Plate certainly couldn’t have gone much better. Travelling sweetly off the pace throughout, he then came with a smooth sweeping run to see off the Aidan O’Brien-trained Armory by a length and a quarter. That was an impressive performance, with his rider celebrating Mikkel Barzalona style some way before the line, with the horse himself looking to have a good bit left in the tank.

The son of Camelot will be stepping up fully six furlongs from that 1m2f contest here, but the fact he wasn’t beaten by much in last season’s St Leger does offer hope from a stamina perspective. In receipt of seven pounds from Anthony Van Dyck, everything looks in place for a big run.

Another who looks to be in with a cracking chance for the home team is the Paul Preusker-trained and Craig Williams-ridden Surprise Baby.

The run that makes this one standout is his effort in this very race 12 months ago, when beaten by only a rapidly diminishing three quarters of a length into fifth place at the line. That was a fine effort on the face of it, but all the more so considering he was held up way out the back in a race which ultimately panned out to suit those ridden prominently. Finishing much the best of the closers, he did well to get as close as he did in the end.

He is two pounds higher in the handicap this time around, but that doesn’t look unduly harsh to our eyes and, granted a stronger pace to aim at, he looks likely to go pretty close here. A ninth placed finish in the Group 1 Turnbull Stakes in his prep for this was also way better that it would at first appear, as was repeatedly trapped in a pocket before finishing to good effect down the outside. Given his style, he will always need luck in running, but he looks a solid each way option.

About the Melbourne Cup 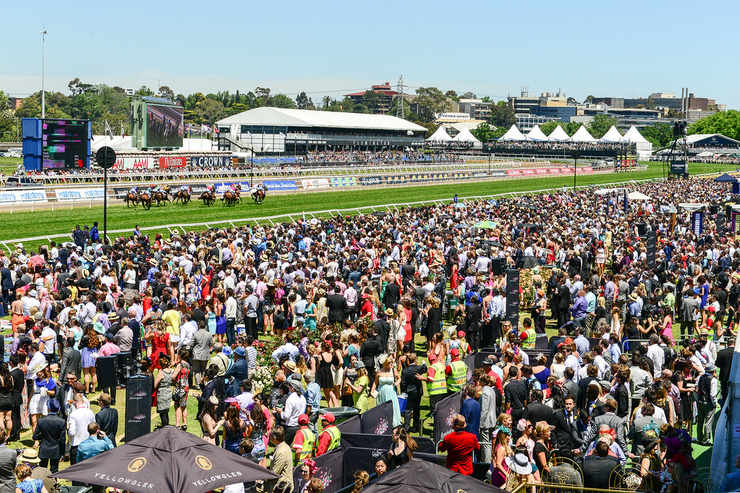 With so much high quality action taking place across Britain and Ireland you would be forgiven for not paying too much attention to racing Down Under. Australia does boast some quality races though and if there’s only one you’ll take note of then it simply has to be the Melbourne Cup.

Standing as the most valuable two mile handicap anywhere in the world, there is never a shortage of supremely talented names attending the flat contest at Flemington Racecourse. There is no shortage of anticipation for it either with the long-standing contest sometimes referred to as “the race that stops the nation”.

Part of what makes the 3200m race so worthy of being a nation-stopper is its gloriously rich history which dates back to 1861. After just four renewals the race became so popular that the Cup day became a half-holiday in Melbourne for bank officials and public servants while many business closed at lunchtime. During the same year, 1865, the race also swapped its prize of a gold watch for a trophy. Handed to the winning owner, the golden trophy worth $250,000 is theirs to keep while the trainer and jockey receive miniature replicas.

For a race that regularly features its maximum of 24 runners, horses can’t afford much to go against them. Looking at past data it seems that being drawn on the outside is something that makes winning this race significantly tougher. With its large sweeping left handed bends, being within the vicinity of the rail seems the place to be when at Flemington Racecourse for this two mile test. We have had four winners since 2007 start from barrier 17 or higher, which is a decent return, but their top four finish figures show how they often underperform. 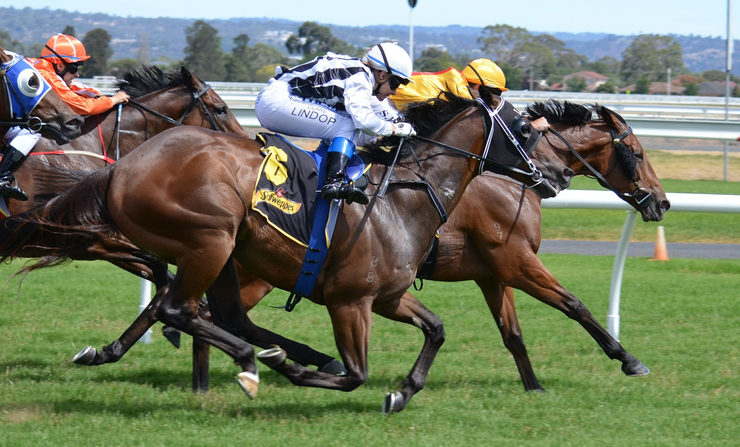 Clare Lindop became the first female jockey to feature in this race when riding a horse called Debben in 2003. She wasn’t able to impress with a 19th placed finish but her effort opened the door for future women riders. Twelve years after Lindop’s appearance, Michelle Payne stunned the crowd at Flemington when riding 100/1 shot Prince of Penzance to glory. Not only was this the longest odds winner since 1940 but Payne became the first ever winning female jockey in the Melbourne Cup.

We’ve also see two female trainers make history this side of the new century. Shelia Laxon became the first woman trainer to officially win the contest in 2001. The word officially is used because in 1938, Mrs A McDonald was forced to register her horse in her husband’s name as women were not allowed to be trainers at that time. A little over a decade after Laxon’s triumph, Gai Waterhouse, daughter of the legendary Tommy J. Smith, became the first Australian female to saddle the winner.

Often talked about these days is the involvement of foreign trained horses in the Melbourne Cup. Foreign bred runners have long taken part in the contest but it’s only over the past few decades that trainers have made the long trip to Melbourne. Success has been very limited with locally based runners still firmly the dominant force but there have been exceptions.

In 1993, Dermot Welt become the first trainer from the Northern hemisphere to secure Cup glory before doing so again in 2002. Japan got their first taste of success in 2006 thanks to Katsumi Yoshida and 12 years later the Melbourne Cup trophy finally made its way to Britain as Cross Counter struck gold for Charlie Appleby and Godolphin. 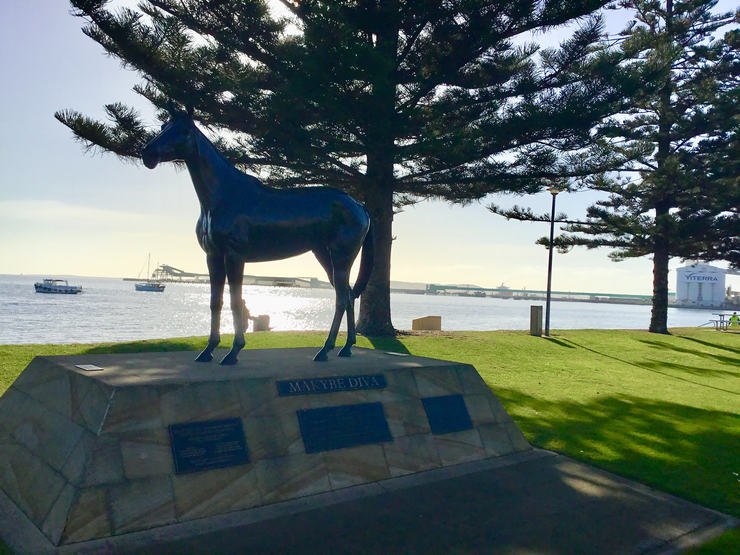 A hugely lucrative career saw Makybe Diva collect not far off A$15m in prize money, the bulk of which came from the Melbourne Cup. The British bred daughter of Danehill holds a special place in the history of this race having won it an unmatched three times. Her first triumph came when a reasonably fancied 7/1 shot but the following two renewals she set off as the favourite.

During her final Cup appearance she carried 58kg, 0.5kg more than above the weight-for-age scale for a mare in a 3200m race. By winning in spite of this, the Cox Plate champion became the first horse carrying more than weight-for-age since Rain Lover’s second victory in 1969.

Other Races of Note at Flemington