Established in 1950, the Irish Champion Hurdle has long been considered the Irish equivalent of Cheltenham’s Champion Hurdle. It’s one of the elite National Hunt races that features at Leopardstown and headlines the second day of their Dublin Racing Festival.

This race has often been used as a warm up to the Champion Hurdle at Cheltenham, which runs approximately six weeks after this contest. Winning both events in the same season has been a quite commonly managed feat, the last horse to do so being Honeysuckle in 2021.

About the Irish Champion Hurdle 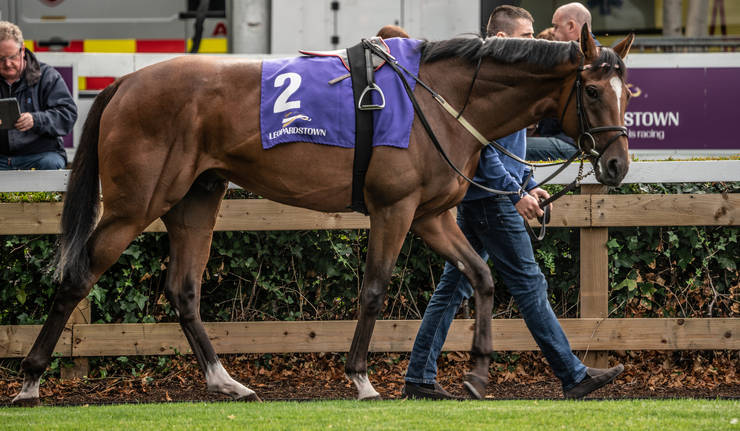 The biggest National Hunt races around December and January are always viewed by punters, tipsters and trainers as important steps along the road to the Cheltenham Festival. Every race at Cheltenham has a string of prior contests which give important indicators to those looking for a winning bet at the Festival but the Irish Champion Hurdle is a little different.

This Grade 1 contest is less of a warm up event, more of a prequel. Year after year many of the leading contenders in the Irish Champion Hurdle go on to renew hostilities in the Cheltenham version.

The parallels between the two races are clear. Both are Grade 1s, there’s just half a furlong difference in the trips (the Irish Champion Hurdle is slightly shorter at 2 miles) and they each contain eight hurdles for the horses to navigate.

The reverence with which Ireland’s premier hurdle race is held is made clear by the number of British trained horses who make the trip to Leopardstown every year. However, some British trainers prefer to keep their leading hurdlers closer to home.

Case in point is Nicky Henderson’s Buveur d’Air who ran in the Contenders Hurdle at Sandown before winning the Champion Hurdle at Cheltenham in both 2017 and 2018 despite being owned by one of the biggest names in Irish racing, J P McManus. 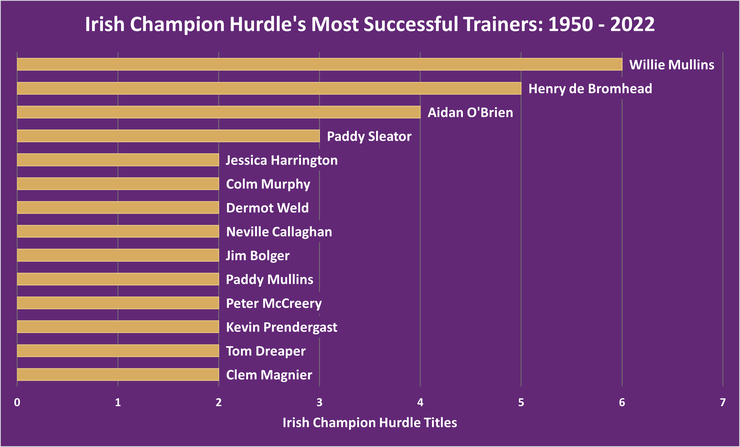 All but one of Mullins’ six wins came in partnership with Ruby Walsh. Walsh also has six wins (as does Charlie Swan who was on board Istabraq for each of his victories) and he also partnered with Mullins for six wins in the Punchestown Champion Hurdle, a race that’s seen as the equal of the Irish Champion Hurdle but held later on in the spring.

Of those two races the Irish Champion Hurdle has much the longer history having been first run in 1950. It’s been held at Leopardstown every year since other than in 1995 when it was moved to Fairyhouse and in 1955 and 1970 when there was no race.

In more recent times, the race has had a boost to its reputation when it became part of the new Dublin Racing Festival which includes seven Grade 1 races across two days of action. Whilst it may not catch the attention of the casual UK racing fan, for those in the know there is no doubt that this great contest is right up there.