The Ladbrokes Trophy ensures November ends with a bang on the racing front with the race formerly known as the Hennessey Gold Cup lighting up the track at Newbury.

Possibly the highest-class handicap run anywhere over the course of the National Hunt season, the roll of honour here is littered with greats of the game. That includes Gold Cup winners, Denman and Native River and Grand National hero, Many Clouds. Who will come out on top this year?

A challenging distance of 3m2f is the trip for this Grade 3 handicap contest which offers an excellent £200,000 in total prize money. The ground at the track is currently described as good and, with very little rain forecast headed into the weekend, is expected to remain that way come the day of the race.

Of the trainers represented in this year’s line-up, it is perennial rivals Paul Nicholls and Nicky Henderson who lead the way with three wins apiece. Nicholls sends Danny Whizzbang and Secret Investor into battle this time around, whilst Henderson relies on last season’s fourth-placed finisher, Beware The Bear.

This contest has definitely favoured those towards the younger end of the age spectrum of late, with nine of the past 10 winners having been aged between six and eight years old – a stat which speaks against the five runners aged nine and older in this year’s field.

Considering just how competitive this event is, the favourites actually boast an excellent recent record. Over the past 10 years, supporters of the market leader would have been rewarded with three winners and a £1 level stakes profit of £5.00.

Heading the betting this year is the Kim Bailey-trained runner, Vinndication. This seven year old by Vinnie Roe has long been the apple of his trainer’s eye, and boasted excellent form in his hurdling days, with the highlight of his three runs over the smaller obstacles coming when giving six pounds and a beating to last season’s RSA Chase winner, Champ.

Given that hurdles form, hopes were high headed into his debut chase campaign in 2018-19. Winning his first two starts with the minimum of fuss, he then proved not quite up to it when beaten twice in Grade 1 company, although to finish fifth in the JLT Novices’ Chase was by no means a bad effort.

Given wind surgery and a 233 day break on the back of that Cheltenham effort, he has since put in three cracking efforts: winning an Ascot handicap by five lengths off a mark of 151, finishing a close up fourth in the Ultima off 159 and finding only the mighty Cyrname too good on his seasonal return in the Charlie Hall Chase last time out. Cyrname didn’t appear to be anything like fully extended that day, but it was still a fine run to finish only two lengths adrift of the highest rated chaser in training. Already touted as a potential Gold Cup horse by his trainer, if he is to go close to fulfilling that ambition, then he shouldn’t be far away running off 161 here.

Another must for the shortlist is the Simon Munir and Isaac Souede-owned Kildisart who goes for trainer Ben Pauling. A classy performer over the smaller obstacles - rising to the same hurdles mark of 149 as Vinndication - much like Vinndication he has also had little trouble translating that ability to fences.

A winner of three of his 10 chase starts to date, the Dubai Destination colt finished one place ahead of Vinndication in the 2019 JLT Novices’ Chase when looking very much in need of a step up in trip. Failing to handle heavy ground on his two subsequent starts, he then really caught the eye when a staying on fifth off a mark of 151 in a Grade 3 at Kempton in February. That effort suggested a big run may be in the offing ahead of the Ultima Handicap Chase at the Cheltenham Festival, and the gelding duly delivered a mighty performance in failing by only a neck to concede 11 pounds to The Conditional.

The bare reading of that form gives Kildisart every chance here, as does his earlier effort when trouncing the field by five lengths in a similar Grade 3 event at Aintree in 2019. Only seven pounds higher than that Aintree effort, still only eight years old, and fit and well following a recent spin over hurdles, he is fancied to go close. The form of Ben Pauling had been a slight concern, but with the trainer’s past two runners winning at the time of writing, he may have his string coming to the boil nicely just in time for this.

Colin Tizzard sent out future Gold Cup champ Native River to win this in 2016 and bagged the prize for a second time with Sizing Tennessee in 2018. Keeping his good run in the race going with the gallant third placed finish of Elegant Escape twelve months ago, Tizzard has become a man to be feared in this in recent times. This year the Dorset handler sends a two-pronged attack to post in the shape of Mister Malarky and Copperhead.

Going in the first time blinkers and only three pounds higher than his last winning mark, Mister Malarky can’t be dismissed, but we just prefer the claims of the less exposed Copperhead. No great shakes over hurdles, this one has taken a huge leap forward in winning three of his five chase starts to date. Significantly the second of those wins came over this very course and distance, when looking miles clear of a mark of 134 in the Mandarin Handicap Chase last December. Backing that up with a 17-length rout in a Grade 2 at Ascot, he looked a horse destined for the top table.

He did disappoint when putting in a tired fall in the RSA Chase on his final start of the campaign, but we are happy to forgive that effort considering the Tizzard yard was under something of a cloud at the time. A pulled up effort on his seasonal return at Wetherby would be of more concern, but then he had been beaten a distance on his comeback last term before embarking on that winning spree. Talented and with the best likely still to come he looks a threat to all under Robbie Power.

About the Ladbrokes Trophy 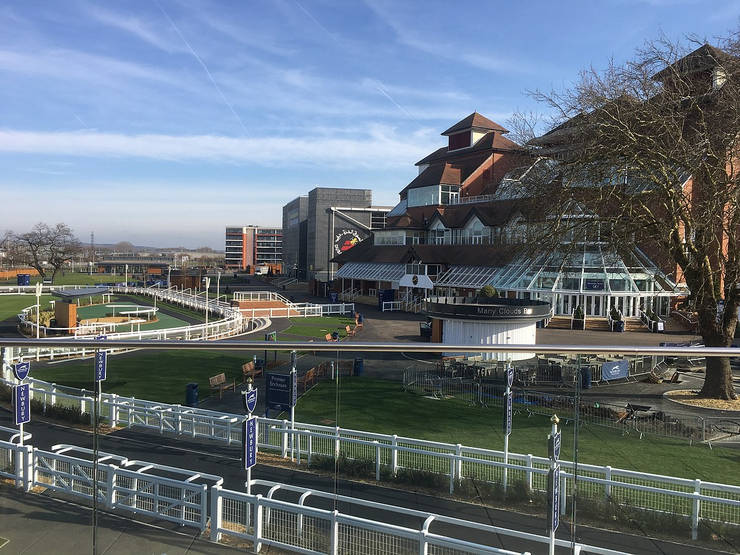 For 60 years this race went by the name of the Hennessy Gold Cup, this deal with the famous cognac being the longest running commercial sponsorship of any race at the time. The drinks brand finally moved to one side in 2017 though, with Ladbrokes announced as the new sponsors earlier on in the year. The prize money on offer increased immediately as a result with the total purse increasing 25% to £250k between 2017 and 2019, a truly handsome amount for a National Hunt handicap.

Cheltenham initially hosted this race when it was first introduced in 1957 but three years later it moved to its current home of Newbury. It’s long been one of the most popular handicaps to feature on the National Hunt circuit with a decent field regularly taking part. Those that do battle for the lucrative jackpot must tackle 21 fences across a distance of around three miles and two furlongs at Newbury’s left-handed circuit. The race takes place in November or December each year and is open to horses aged four and above.

Nine Cheltenham Gold Cup champions have also enjoyed victory this race, sometimes before and sometimes afterwards. The Ladbrokes Trophy is not just a place for well-established names but it also acts as a hunting ground for future stars. Even during the last decade or so you’ve got winners such as Denman, Bobs Worth and Native River.

There’s even a Grand National champion among them too in the form of Many Clouds, who became the first horse ever to win both this race and Aintree’s big handicap. The Gold Cup is the far more usual double though as we can see from the table above. Note that the 2018 winner, Sizing Tennessee, has raced many times at the Festival but the 11 year old hasn’t – yet at least – been entered in Cheltenham’s biggest contest. 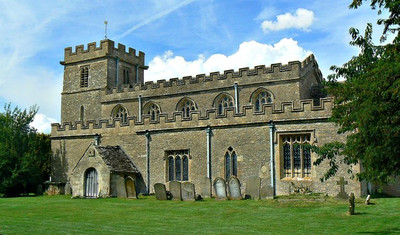 A horse by the name of Taxidermist won the second ever running of this handicap, ridden by a certain amateur jockey, John Lawrence. The name is unlikely to ring a bell but you may recognise him as renowned horsing racing journalist and television commentator, Lord Oaksey.

Over 50 years after securing then Hennessy Gold Cup glory, the two-time British Champion Amateur Jump Jockey secured another success but this time as a breeder and part-owner. Carruthers did the business for him in 2011 for what was perhaps the finest victory for the Oaskey Partnership.

Shunning the age trends for this race, Sizing Tennessee became the first winner since 1981 with a double digit age. He was able to fend off his younger rivals that day but it’s a rare sight to see this happen. Horses aged eight and under have long dominated this test considering their rates of participation.

To get an idea of just how much they are over performing, know that over the last 10 renewals, horses under nine-years-old have made up 70% of the field. It’s a significant chunk but they’ve also won all but one (90%) of renewals in that time, with eight year olds taking 40% of those victories.

BE MY ROYAL STRIPPED OF TITLE

A fine afternoon for Be My Royal in November 2002 ended up being one to forget. On his way to Hennessy Gold Cup glory, jockey David Casey believed he “felt something go” with trainer Willie Mullins later saying the gelding may have suffered a career ending tendon injury.

Although the initial prognosis was slightly off, Be My Royal endured a two-year spell on the sidelines before being transferred to a new trainer. More bad news was to follow for Mullins as in January 2004, the Jockey Club disqualified his horse for testing positive for morphine. It came at a time in which 37 horses tested positive for the substance, an issue believed to have stemmed from a contaminated food supply.