The Curragh brings us the fourth Irish Classic of the season with the Irish Oaks taking centre stage in July. The longstanding race dates back to 1895 and continues to be one of the top fillies-only contests in the country.

Fillies who competed in the Epsom Oaks have often made the journey across the Irish Sea to contest this race. Of the horses to complete the double there are arguably none better than John Gosden’s Enable. After winning the Cheshire Oaks, Epsom Oaks and Irish Oaks she went on to add the King George VI and Queen Elizabeth Stakes, Yorkshire Oaks and Prix de L’Arc de Triomphe in her three year old season alone.

About the Irish Oaks 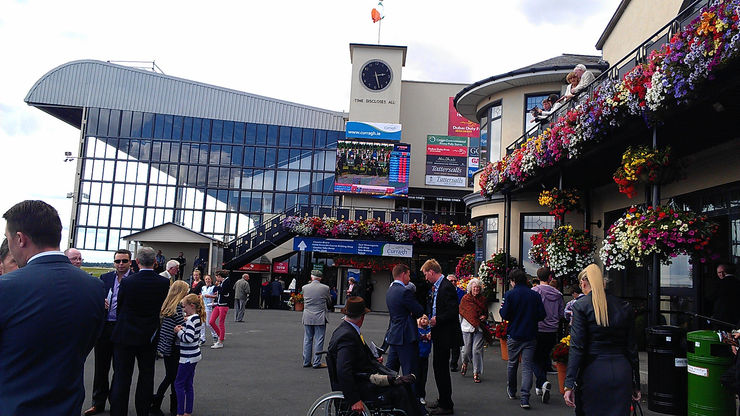 Much like in Britain, the Irish flat racing season is really centred around the five Classic contests, with our friends over on the Emerald Isle having their own equivalents of the 1000 and 2000 Guineas, Oaks, Derby and St Leger. All take place after their English counterpart, so we already have some idea as to the current pecking order by the time they roll around; and all are held at the Curragh, one of the fairest tracks in the game.

Topping the bill for the best of the middle-distance three year olds in training is of course the Irish Oaks. A Group 1 affair held over the 1m 4f trip, the race was first run over 100 years after its English counterpart in 1895. Continuing to grow in prestige and prominence over the years, the race now offers €500,000 (2022) in total prize money.

FOURTEEN AT THE DOUBLE

With plenty of time between this race and the Epsom showpiece, it is certainly realistic for a filly to land both versions of the race, and this feat has indeed been achieved on 15 separate occasions, as of 2022, as shown in the table below.

There are a couple of things which stand out when looking at our list of dual Oaks heroines. Firstly, the sheer quality of the runners to have doubled up: Ouija Board and Enable in particular rank firmly amongst the all-time greats; and secondly, that the prevalence of double Oaks winners certainly seems to be increasing over time. No horse won both at Epsom and the Curragh between 1895 and 1947, we then had nine in the 52 years up to the turn of the century, but have had six between the years 2004 and 2021.

MURTAGH MAGIC AT THE CURRAGH

We have a real who’s who of the best jockeys from the past fifty years or so featuring on our list of the most successful jockey’s in this race. No man has done quite so well as Johnny Murtagh though. 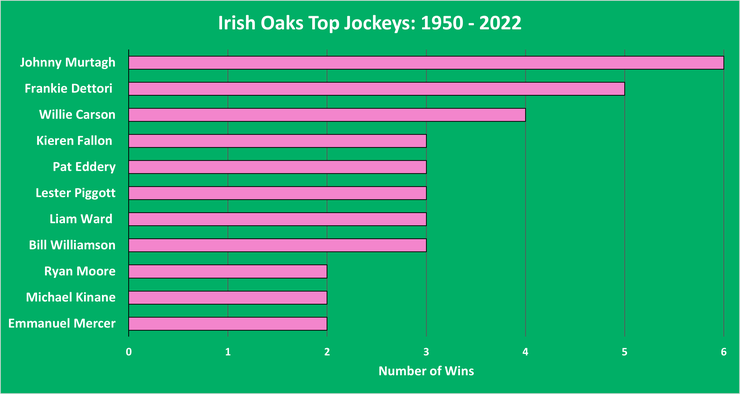 There were few better riders of the Curragh track than Murtagh, with his prowess taking him to a clean sweep of the five Irish Classic’s over the course of his illustrious career. The winner of the English Derby on three occasions, and the Ascot Gold Cup five times, he bettered those tallies with a record-setting six wins in this contest.

O’Brien & Stoute Out In Front

Having been fed on a steady diet of Aidan O’Brien seemingly plundering the majority of the English Classic contests in recent years, one might expect it to prove a pretty tall order for the British handlers to cross the Irish Sea and master O’Brien and his predecessors in their own back yard. However, a look through the history of this race shows that to do so is far from an impossible task. 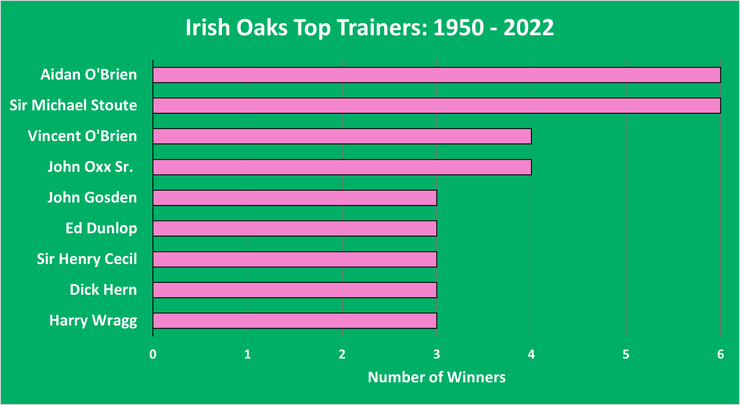 The likes of Dick Hern, Sir Henry Cecil, Ed Dunlop and John Gosden have all tasted success in this race over the years, and it is in fact an English trainer who sits atop the all-time list alongside Aidan O’Brien, with Sir Michael Stoute jointly leading the way on six wins. Aidan O’Brien is never far away from the top of the tree in these races though, and it would be something of a surprise were he not to claim top spot in his own right in the coming seasons given the vast arsenal he has at his disposal.