Boxing Day is one of the biggest and most highly anticipated days of horse racing in the National Hunt season. It is not just the amount of racing action to enjoy that excites racing fans, it is the quality of the racing on offer. The Grade 1 Christmas Hurdle is as high quality a race as any other taking place on Boxing Day, save the King George VI Chase. This two miler is the second leg of the Triple Crown of Hurdling and as such has been won by many of the best hurdlers around since its introduction in 1969.

There will be no successful completion of the Triple Crown of Hurdling this year. Cornerstone Lad, winner of the Fighting Fifth Hurdle at Newcastle, is not running at Kempton. That is no major surprise though as Buveur D’Air became the first horse to complete the Triple Crown for 28 years when he won the 2018 Champion Hurdle. Thankfully, the quality of the field for this year’s running remains suitably high.

It is rare for the winner of the Christmas Hurdle not to have at least four previous hurdle wins before whilst those at the head of the market (priced 11/4 or shorter) have a very good record. Indeed, Verdana Blue ended a run of four straight favourite winners last year. There is a combination of youth and experience at the head of this year’s market but it’s interesting to note that nine of the last 10 winners were aged either six or seven.

Connections of Verdana Blue will hope that another trend for the Christmas Hurdle, that of multiple winners, continues. The race has been won twice by seven runners, including the likes of Faugheen and Binocular, but no horse has yet completed the hat-trick.

Nicky Henderson is the most successful trainer in the history of the Christmas Hurdle. He has won this race eight times and has every chance of extending that record given the strength of his hand on Boxing Day. Henderson trains the top three in the betting who include last year’s winner, Verdana Blue.

The seven year old was already considered an experienced hurdler when she arrived at Kempton last year. The main difference between last year and this is that this is Verdana Blue’s first appearance of the season. Whereas she had already made several appearances before last year’s contest, she’s not been seen for the best part of eight months. That’s because connections had thoughts of entering Verdana Blue in some of the biggest long distance flat races. Those plans were short lived after a poor performance in an Ascot Gold Cup trial but back to her favoured hurdles, Veradan Blue is expected to run very well.

Verdana Blue trails behind Fusil Raffles in the Christmas Hurdle betting. The four year old is already a Grade 1 winner and was an impressive winner of the Elite Hurdle on his seasonal reappearance. However, of the two it’s the more experienced horse who represents the best value with the odds of 9/2 that are available more than tempting.

Such is the quality of the top two in the betting for the Christmas Hurdle some will be tempted to simply focus on those two rather than looking in depth at the rest of the competition. That would be a mistake given the class of Nicky Henderson’s third horse in the race, Epatante.

She did a lot of good work over hurdles last year and although it ended with a damp squib with a poor performance at the Cheltenham Festival, connections remained confident that Epatante could succeed at the top level. They were certainly very happy with the way she ran in her first appearance of this season, winning a Listed race on good to soft ground at Newbury.

That win came despite Epatante looking a little rusty but the way she recovered from a jumping mistake, showing great power suggests she has a very good season head. Can her season take a big positive step with victory at Kempton on Boxing Day? A price of 6/1 is more than generous enough to tempt us to find out.

Younger horses do have a great record in the Christmas Hurdle and there are several quality younger options in the betting, however, Ballyandy is out to prove the value of experience. Nigel Twiston-Davies’ eight year old has taken a little while to get up to somewhere approaching his best this season and following on from an impressive second place finish to Call Me Lord in the International Hurdle at Cheltenham, he may well be able to make a big impact at Kempton.

Ballyandy went into that Grade 2 contest as a real outsider with a starting price of 16/1. That didn’t stop him from pushing the firm favourite all the way though, eventually missing out on the win by just a neck. Indeed, he could have won were it not for some problems running into traffic.

Connections had hoped that Ballyandy would have the stamina to be a real threat in long distance hurdles. His step up to three miles didn’t work though and it is very interesting that he’s in the running for this two mile contest. The soft ground at Kempton should bring his stamina reserves into play so Ballyandy holds a real outside chance.

About the Christmas Hurdle: A Quality Christmas Jumper 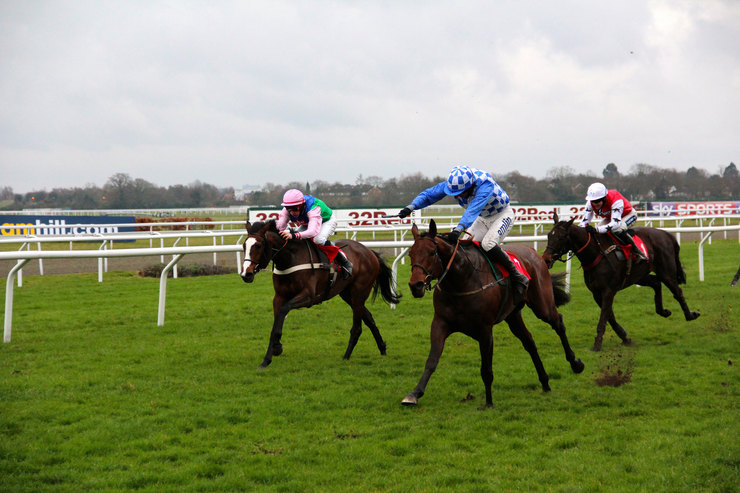 It really is a Christmas cracker of a meeting at Kempton Park each Boxing Day with no fewer than three Grade 1 contests on offer. The first of the bunch – and the only one of the day to take place over the smaller obstacles – is the ever popular Christmas Hurdle.

A Handicap Reborn as a Grade 1

First run at the track in 1969, the Christmas Hurdle is effectively an upgrade of a handicap contest which took place at the venue earlier in the 1960’s before being disbanded in 1967.

Now a Grade 1 affair open to horses aged four and older, and held over the Champion Hurdle distance of two miles, the race attracts a similarly high class field to the Cheltenham showpiece. Together with the Fighting Fifth Hurdle and the Champion Hurdle itself, the Christmas Hurdle makes up what some refer to as hurdling’s Triple Crown.

Between the years of 2006 and 2010, there was a whopping £1 million bonus on offer to any runner who managed to win all three races.

Redevelopment and Frost The Only Interruptions

Every edition of this race to date has taken place at its Kempton Park home, with just the one exception. Due to a redevelopment of the facilities at Kempton in 2005 the race took place at nearby Sandown Park that year.

Perhaps unsurprisingly considering this race is held in Britain in the middle of winter, the elements have proven to be too much to overcome at times. Not all that often though, with just four editions having been abandoned to date, in 1970, 1981, 1995 and 1996.

With this race taking place over what is the minimum distance for a hurdling contest, the emphasis is placed more upon the speed than the stamina of the performers. As such it perhaps isn’t surprising to see that, more often than not, the older contenders have struggled to keep pace with their younger rivals. Bird’s Nest and Harchibald did defy that trend to a certain degree when scoring as nine year olds, but we are yet to have a horse in double digit years come home in front. The chart below breaks down the number of winners by age, up to and including 2019. 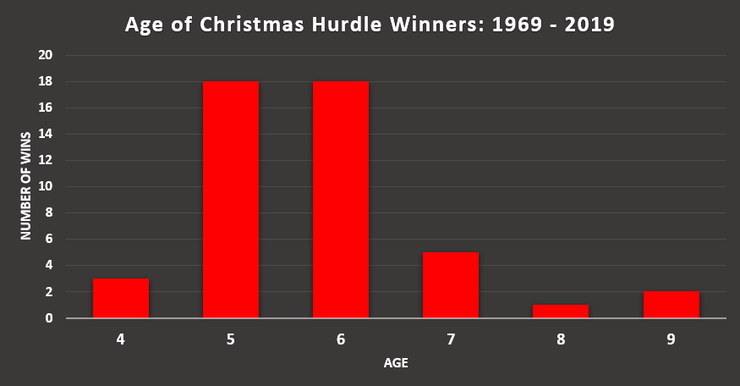 A selection of the all-time greats have tasted their share of success here over the years, with the greatest of them all sitting out in front as the jockey with the most wins in the history of this race, as of 2019. McCoy is of course now retired so won’t be adding to his total as is big rival Ruby Walsh. Barry Geraghty may have a few seasons left in him yet to close the gap though with 3 wins to date. 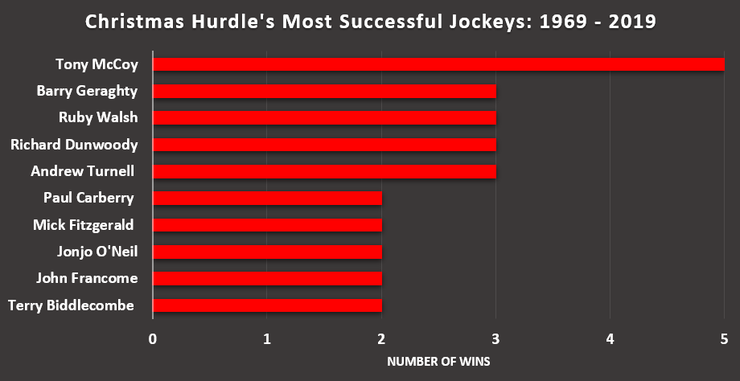 All That Glitters Is Green And Gold

The one thing each of McCoy’s winners had in common is that they all sported the famous green and gold silks of one of Sir Anthony’s biggest supporters over the years, JP McManus. With eight wins in total, McManus does seem to have a particular affinity with this race. He has of course been aided by owning some of the very best two mile hurdlers in recent times, with the likes of Binocular and Buveur D’Air landing the Champion Hurdle in addition to this contest. Given the quality of field this race regularly attracts, that duo likely won’t be the last past or future Champion Hurdlers to come home in front.

*The 2010 Christmas Hurdle was run on the 15th January 2011 due to frost and snow cancelling the Boxing Day meeting.