The Queen Mary Stakes is normally the first race on the second day of Royal Ascot, and is one of the contests at the meeting in which the juvenile performers take centre stage. It may only be run over a sprint trip but can actually prove to be a fairly stiff test, due to the crowds, the weather and the age of the competitors.

The Queen Mary Stakes has been improved in more recent times for the number of international trainers who enter their most promising fillies in the contest. Lady Aurelia, the 2016 winner, is one of those to have kicked on to enjoy success at the very top level, while it’s also noticeable how many big name jockeys have claimed the prize.

The 5f Queen Mary Stakes begins around 2 furlongs into the straight section of track to the east of the main circuit. Runners travel right to left if viewed from the Grandstands.

About the Queen Mary Stakes 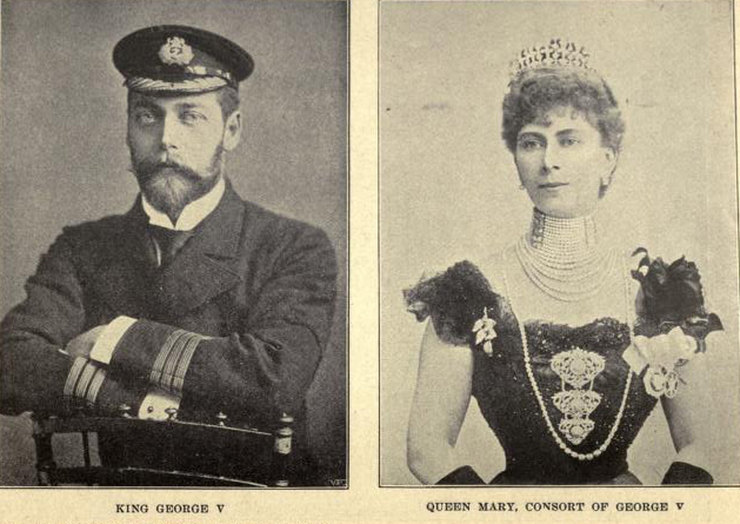 The Queen Mary Stakes gives young female sprinters a chance to show what they can do on a big stage. The five furlong test is open exclusively to two year old fillies and it is far from unusual to see 20+ of them gunning for glory. Headlines are always made by the winning horse with plenty of attention given to the opening race on day two of Royal Ascot.

At the time the race was established in 1921, Queen Mary sat beside King George on the throne. The race served to honour her name and so far it has survived the test of time. It initially received Group 3 status when the current system of race grading was first introduced but has been at Group 2 level since 2004.

WATCH OUT FOR WARD

Should American trainer Wesley Ward submit an entry for the Queen Mary Stakes, you are wise to take it seriously. On four previous occasions since 2009, the former jockey has been responsible for the winning horse in this contest.

Increasingly often, his entry has topped the betting with the bookies clearly aware of the talent he has training young mares. Ward isn’t one to make the journey to Ascot for the sake of it so you shouldn’t be surprised if we see another American horse triumph here. Here’s how impressively Ward has fared in recent renewals: 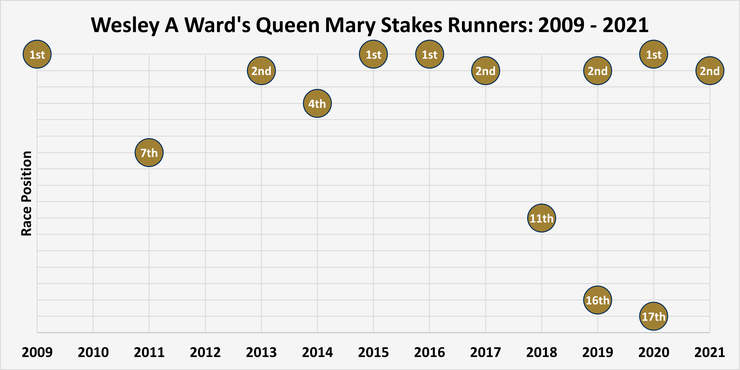 Having looked at the above chart you may be wondering what happened to the well fancied Chelsea Cloisters in the 2018 renewal. The bay filly was slow to find her stride, a crucial problem it turned out with Ward stating afterwards he trains his horses to go from the front.

A CENTURY AND COUNTING 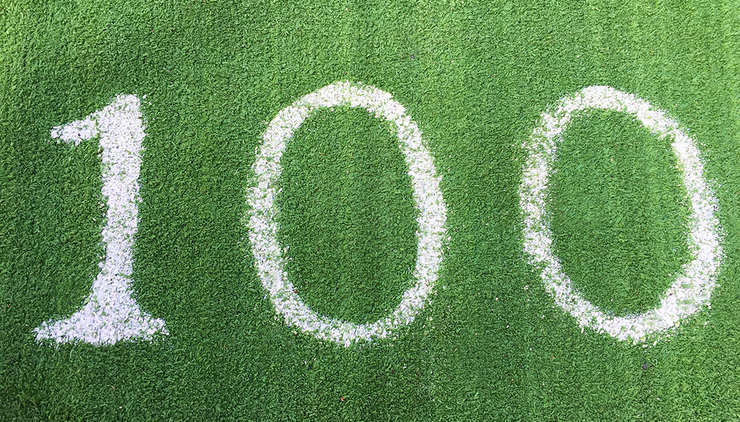 In 2021, the Queen Mary Stakes celebrated its 100th renewal. The Second World War prevented the race from running in 1940 but this is the only year the event hasn’t featured. Throughout much of the conflict the five furlong contest relocated to Newmarket while in 2005 it moved to York as redevelopment went ahead at Ascot. Aside from this, the Queen Mary has always run at its usual home and it looks set to continue as valued part of the Royal Ascot meeting.

The favourite has won three Queen Mary renewals in a row from 2014-16 but it is a race that has been no stranger to an unexpected result. In fact there has been enough in the past that it no longer creates much of a gasp among people discovering the race result. From 2000 to 2021 we had seven winners priced who set off at a double digit price, fillies you can fairly call unfancied outsiders. These ‘surprises’ can be found in the chart below, serving as a reminder not to neglect options further down the betting for future renewals. 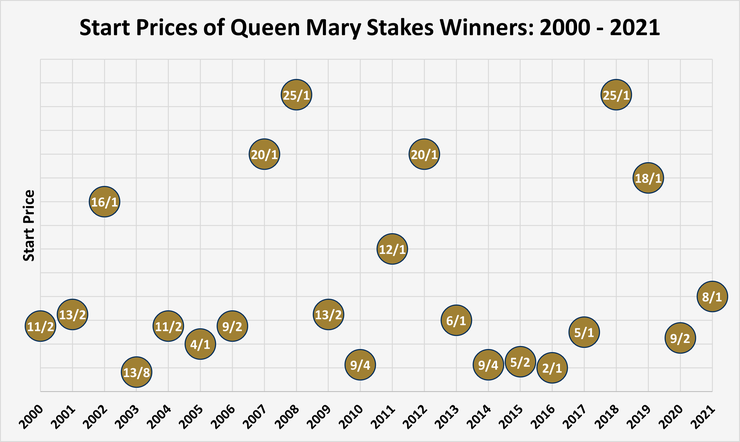