Dominating the headlines on day two of the Cheltenham Festival will be the hugely prestigious Queen Mother Champion Chase. There is no finer minimum distance chase in the county, a status reflect by its huge prize purse and the fine list of former champions such as Altior, Sprinter Sacre, Master Minded and Moscow Flyer in recent times alone.

The 2m Queen Mother Champion Chase begins near the end of the Cheltenham straight, passing in front of the stands before rapidly completing a full circuit of the Old Course.

About the Queen Mother Champion Chase: Jumping Into Racing Legend 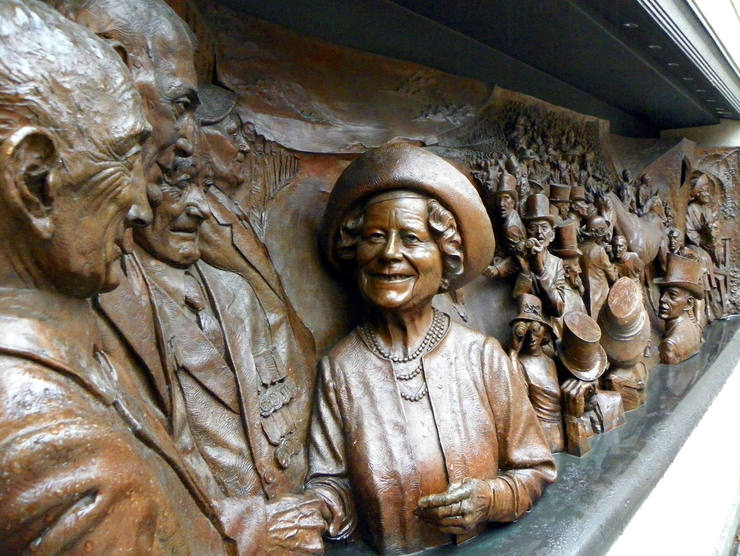 This race was brought into the Cheltenham Festival fold in the 1959 season when given the self-explanatory title of the National Hunt Two Mile Champion Chase and is open to chasers aged five and older. It quickly became established as not just the headline contest on Day Two at the meeting, but also the number one event of its type run anywhere across the entire season. Two miles is the trip, with speed and fluency over the 12 stiff fences being the key factors for success.

Now known to many simply as the “Queen Mother”, the race was named in honour of one of racing’s biggest patrons in 1980 to coincide with the Queen Mother’s 80th Birthday. The race eschewed commercial sponsorship until as recently as 2007 when Seasons Holidays became the first company to back the event. A number of betting firms have since lent their support, with Betway taking over as of the 2015 edition. 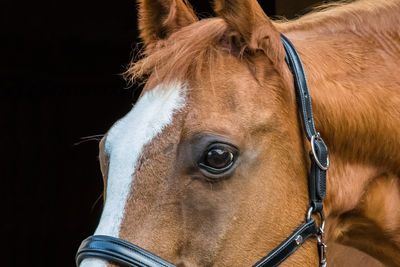 When it comes to two mile chase contests, this is without a doubt the race which owners, trainers and jockeys covet above all others. To win it once is a fine achievement, but to come home in front on more than one occasion ensures a horse earns a place in racing folklore. As of 2022, twelve star chasers had done the double here, beginning with Fortria in 1960 and 1961, and taking in the likes of the ultra-tough Viking Flagship, brilliant Master Minded, hugely popular Moscow Flyer, Sprinter Sacre (we will hear a bit more about him later), and Altior most recently.

Only one horse has ever claimed top honours here on three occasions though and he went by the name of Badsworth Boy. Trained by one of the all-time greats of the game, Michael Dickinson – he of Gold Cup 1-2-3-4-5 fame – this slick fencer first came to prominence here when winning as he liked in 1983. Equally dominant in the 1984 edition, he duly stamped his name all over this race with an unprecedented third consecutive success in 1985, by which time he was being trained by Michael Dickinson’s mother, Monica.

There have been many great performances in this event over the years; from the globetrotting Australian chaser Crisp turning the race into a procession in 1971, to the sheer brilliance of the likes of Flyingbolt and Altior. For us though the greatest ever edition of this fantastic contest – and just possibly our favourite sporting moment of all time – came in the 2016 renewal. Step forward the incomparable Sprinter Sacre.

Behind only Arkle in many all-time lists, the apple of Nicky Henderson’s eye swept all before him on his ascent through the chasing ranks, culminating in an annihilation of the field in the 2013 edition of this race, coming home a scarcely credible 19 lengths clear of 2011 champion Sizing Europe. A truly monstrous display and on its own enough to feature on the highlights reel for this race. It is what came next though which ensured that this is one horse who will never be forgotten.

Making his seasonal return for the 2013/14 season at Kempton, Sprinter Sacre didn’t look anything like the same horse, and was duly pulled up, with a fibrillating heart resulting in him missing the entire season. Brought back in 2015 he was again pulled up in that year’s edition of this race and it began to look as though this was the end for this great chaser. Beaten again in his next start, calls for his retirement began to grow.

Given another break and receiving all the care and attention required, Henderson brought him back for one more roll of the dice in 2015/16. Back to back wins leading into the race were certainly encouraging, but a scrappy success from – a past his best – Sire De Grugy, still suggested he wasn’t quite the force of old.

He couldn’t really roll back the clock and reclaim his crown could he? Especially with the likes of the Irish flying machine Un De Sceaux lying in wait. You bet he could! Taking it up two from home when soaring over the fence, the brilliant old warrior wasn’t for catching coming up his favourite hill for a truly spine-tingling success. The dream labelled as impossible had been realised.

The name of Tom Dreaper will of course forever be synonymous with the chaser who was not just the greatest he ever trained, but the best National Hunt horse trained by anyone ever: the mighty Arkle. Dreaper’s success wasn’t limited to the exploits of Arkle though, he also did pretty well in this race. So well in fact that up until 2018 he remained the most successful trainer in the history of the race. 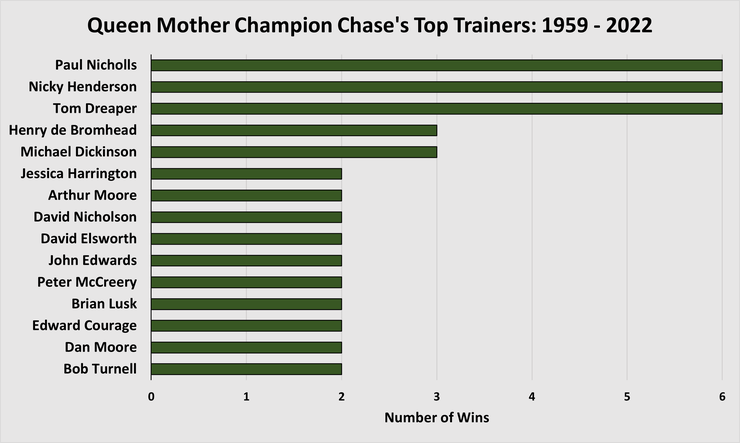 As we can see from the table above though, he had a couple of giants of the modern National Hunt game hot on his heels. Paul Nicholls and Nicky Henderson have 18 trainers’ titles between them, and it seemed only a matter of time before one or the other joined Dreaper atop the training tree here. It was Henderson that did first, securing his sixth Champion Chase as a trainer with Altior in 2019. Nicholls joined them with six wins in 2020 with Politologue

You can never rule a runner out purely on account of their age, and much like other races this contest has been the scene of mighty performances from both the young and the old over the years. Master Minded was simply magnificent when sauntering clear to win by 19 lengths in 2008 aged just 5, whilst Mouse Morris’s Skymas defied father time to come home in front for the second time in 1977 at the grand old age of 12. As we can see in the chart below however, such examples are the exception rather than the rule, with eight seeming to be the magic number when seeking the winner. 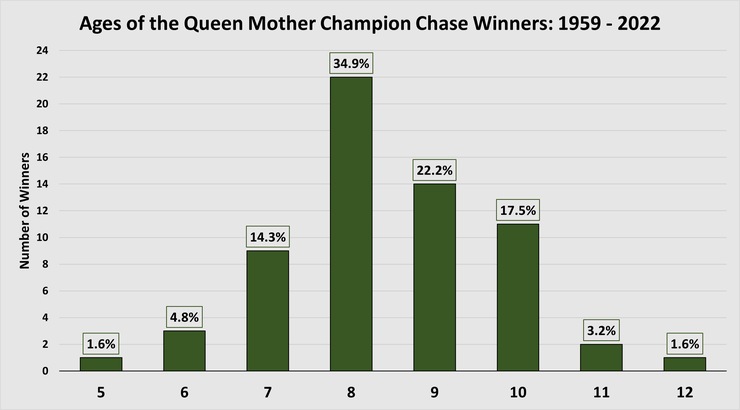