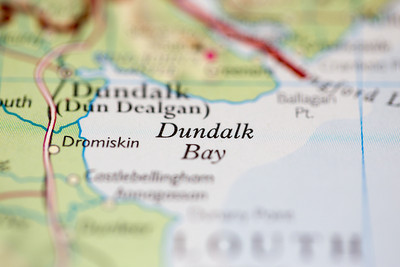 Whilst here in England we have five all-weather courses to call upon, over in Ireland the County Louth venue of Dundalk is the only track to offer a synthetic racing surface. Only opened in August 2007, this popular venue – which lies just about slap bang in the middle of Dublin and Belfast – is distinct in offering fully floodlit racing, and is also the only course in Europe which features a greyhound track on the inside of the main racecourse.

Racing in Dundalk goes back much further than the 2007 opening of this track, with National Hunt events held at a nearby venue from 1899 until 2001. However, the new course can certainly be credited with breathing new life into the area, with its modern grandstand and facilities helping to attract large crowds across its 38 fixtures, the majority of which take place between March and October. On average the fare on offer at Dundalk does tend to be a little higher in quality than at the UK all-weather tracks, with the highlights of the season being the two Group 3’s of the Diamond Stakes and Mercury Stakes. 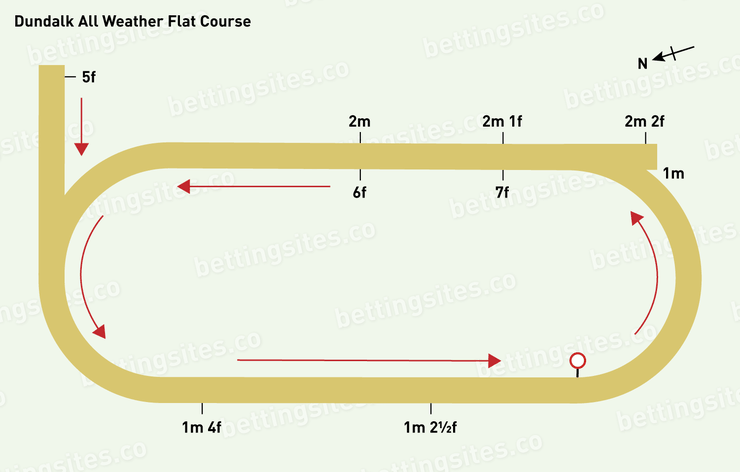 In common with the UK tracks of Lingfield, Kempton and Chelmsford, Dundalk utilises a waxed Polytrack surface, which tends to ride on the quick side, and as such may not be suited to runners who prefer soft ground on turf, or slower all-weather surfaces. Having undergone improvements in 2015 to reduce the previously high levels of kickback, the track and surface are now widely recognised as some of the best of their type in Europe.

Turning to the layout of the course, the track at Dundalk is a 1m2f left-handed oval, which is floodlit throughout and features two straight sections of two and a half furlongs and fairly long sweeping bends. In addition to this main oval section, the track also features two spurs, the first of which features the five furlong start and runs into the bend leading into the home straight, with the second, and shorter of the two spurs leading directly into the back straight and containing the one mile start.

Given the long straight sections, sweeping turns and low levels of kickback, Dundalk is generally considered to be amongst the fairest of the all-weather venues, with no particular run style favoured over another. In previous years jockeys have complained at a lack of room in the home straight, but this issue has been rectified by the addition of a cutaway rail, meaning that hard-luck stories are now few and far between.

In common with many oval tracks, there is logically a bias towards the lower drawn runners here since they are more easily able to grab an inside pitch on the bend. This bias does however seem to steadily decrease as race distance increases. Over five furlongs and six furlongs, close to two thirds of races have historically been won by those in the bottom half of the draw. Over seven furlongs and a mile this bias becomes far less pronounced, but it is still worth considering fast-starting, low drawn runners. Interestingly over a mile those drawn on the extreme outside (high) also boast a solid record, possibly due to being able to move outside and away from the scrimmaging for position in the centre of the track. Over trips of 1m2f and above any draw bias is negligible at best.

Looking at the trainer and jockey stats here, there are, a little surprisingly, no names in either sphere to have shown a level stakes net win over recent seasons. It is Ballydoyle maestro, Aidan O’Brien’s 27% figure which tops the strike rate table, but backing each of his runners over this period would still have resulted in a loss of over £9 to £1 level stakes. One man who it has paid to follow is powerful owner His Highness Aga Khan. Backing every runner to carry the famous green silks with the red epaulettes over the past five seasons would have resulted in an impressive level stakes net win of almost £40.

One straightforward system to use across these last few years has simply been to back the market leader in non-handicap events for runners aged three and older. Doing so would have resulted in a 49% strike rate and a £1 level stakes net win of over £28.