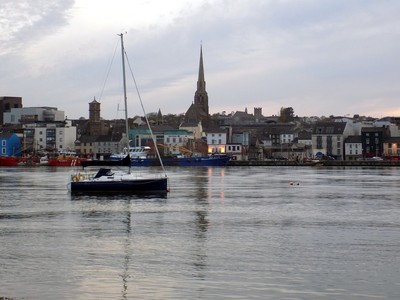 Given the nation’s legendary love of all things related to racing, it’s no surprise to learn that each of the four Irish provinces boast their share of courses. And nowhere are tracks more plentiful than in the most populous of the provinces – Leinster. Together with the capital city of Dublin, Leinster also boasts a total of 12 tracks – the most south-easterly of which is this quaint venue at Bettyville, just outside the town of Wexford.

Renowned for its winning combination of quality strawberry production and excellent golf courses, Wexford has also staged competitive racing action since way back in the 1870’s, although only since 1951 at the current site. Backed by the Wexford Racecourse Supporters club since 1987, the track has benefited from a number or improvements in recent years, including to the drainage and cambering of the bends. Hugely popular with locals, the course is well worth a visit for those seeking a classic small countryside race day experience. 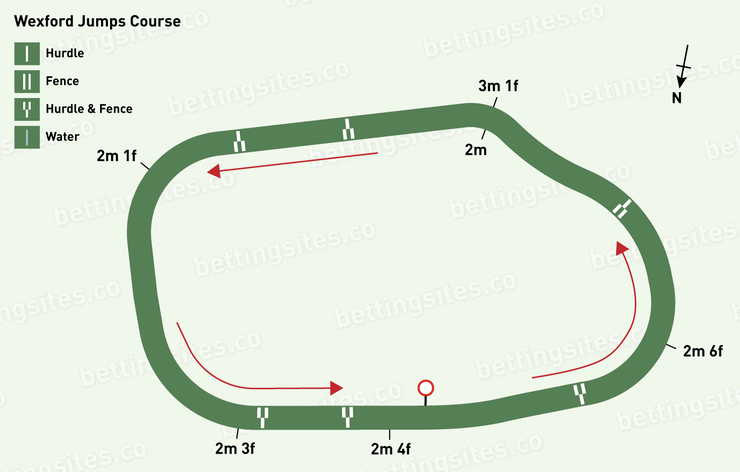 Unique in Irish racing, Wexford boasts the distinction of having recently changed the direction over which its races are run. Previously a right-handed course, the decision was taken in 2015 to switch to racing left-handed. Proving to be a positive move with trainers and jockeys, punters initially complained that the change resulted in the winning post being located further away from the stands. Any complaints were however short-lived, with this feature now viewed as being just another quirk at what is already a quirky track.

Only around nine furlongs in circumference and rectangular in shape, Wexford boasts four tight turns – each of which aren’t far off ninety degrees – and four short straight sections. Also featuring undulations throughout, with the two furlong home straight climbing steadily to the line, this is unsurprisingly a course that is ill-suited to the long striding galloper, with such animals having little opportunity to get into a sustained rhythm. Speed is the name of the game around here, with nimble front runners being strongly favoured over both hurdles and fences.

The hurdles track lies on the inside of the chase track and is therefore the sharper of the two courses. Those tackling the smaller obstacles are faced with six flights per circuit, the final two of which come in the home straight with a run-in of under a furlong following the last.

The chase course utilises the outer portion of the track and again features six obstacles per circuit; five plain and one open ditch. The first fence comes in the straight section after the winning post, followed by one on the run away from the stands, two in the back stretch and a final two in the home straight itself, with a short 200-yard run-in after the final jump. The fences themselves lie towards the easier end of the spectrum resulting in a lower than average casualty rate.

One final thing to note is that the ground conditions can be very tough to pin down at Wexford, with the going regularly differing markedly between one area of the track and another. Whilst the higher areas tend to dry out quickly in the warmer conditions, water can gather in the dips, resulting in ground which can vary from good to firm to good to soft all in the space of the same circuit.

With all those turns, undulations and alternating ground conditions, Wexford is a track that provides a thorough test of jockeyship. As such, it can be well worth siding with a rider who boasts a solid previous record at the track. Looking at the past few seasons, it is Gigginstown House Stud rider Bryan Cooper who leads the way with a strike rate of 21% and a net win to £1 level stakes of over £33, with James Joseph Slevin (16% strike rate, over £15 strike rate) being another rider to reward level stakes support. Big name handler Willie Mullins (38% strike rate, almost £13 level stakes net win) and Paul Nolan (15% strike rate, over £16.50 net win) have been the men to follow in the training ranks over this period.

A tough track for favourite backers overall, the only route to a net win has come in the non-handicap chase events – such events rewarding supporters of the market leader with a rock solid 59% strike rate and a net win of around £15.50 to £1 level stakes.

A dual-purpose course for the majority of its lifetime, the decision was taken to discontinue the flat racing programme at the site in 2016. These days Wexford operates as one of just four National Hunt only venues in Ireland, staging around a dozen fixtures between the months of March and October. That does place events at the course outside of the National Hunt season proper, but comes with the benefit of enabling punters to enjoy summertime racing at what is just about the sunniest corner of the Emerald Isle.

A relatively low-key course in terms of the quality of the action, the highlight of the season comes in the shape of the Listed class MW Hickey Memorial Chase held in late October each year.